Skip down to main content
Published on
6 Apr 2008
The Internet is an important means of managing the relationships in our everyday lives. This OII survey draws on a representative sample of over 2000 married Internet users to understand the role played by the Internet in their relationships

The Internet has become an important means of managing the relationships that we have with others in our everyday lives. A recent survey conducted by the Oxford Internet Institute (OII) (University of Oxford), has drawn on a representative sample of over two thousand married Internet users to understand the role played by the Internet in their relationships.

Questions included: how and where they first met their partners, their Internet use, their online behaviours, and attitudes to these behaviours (including what they considered to be ‘acceptable behaviours’ and monitoring activities). The survey forms part of the Institute’s research project ‘Me, My Spouse and the Internet‘.

All data are weighted based on the Institute’s Oxford Internet Surveys (OxIS) to represent Internet users in the UK. The couples first met each other either online (‘met-online’ couples) or offline (‘met-offline’ couples).

The survey was designed by the Oxford Internet Institute and hosted on their servers. An independent market research company, ICM Research, contacted its panel of Internet users, with 6012 married individuals approached to answer the survey. Once the first partner of a couple had completed the questionnaire their partner was contacted and asked to participate in the study. The final sample consisted of 2401 individuals and 929 couples in which both partners completed the questionnaire. Respondents formed a representative sample of the UK population.

The study focused on married couples in the UK, and had the additional intention of testing models of marital happiness developed by e-Harmony.com, an online match-making company. The research project was supported by a grant from e-Harmony.com. More information about their research and projects can be found at eHarmony Labs. 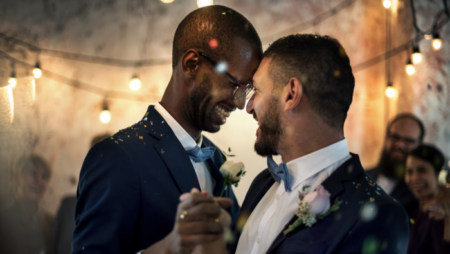 Me, My Spouse and the Internet: Meeting, Dating and Marriage in the Digital Age

The project uses data from Australian and UK couples to look at the significance and impact of the Internet on intimate relationships, including how people use ICTs to meet each other and maintain relationships, and how ICTs affect their behaviour.