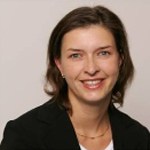 Cloud services hold the promise of rendering public service delivery and back-office operations more effective and efficient, by providing ubiquitous, on-demand access to computing resources. Beyond the compelling cost economies, cloud technology is also a promising platform for open government, interagency cooperation, and government innovation. However, Kristina Irion (Central European University and University of Amsterdam) says that what looks like an ideal match actually raises a range of unresolved issues, and national governments are faced with legal risks that would contest national data sovereignty. 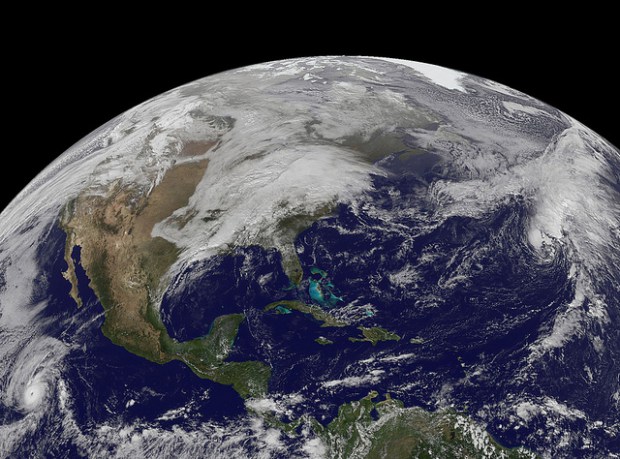 Cloud services are not meant to recognize national frontiers, but to thrive on economies of scale and scope globally — presenting particular challenges to government. Image by NASA Goddard Photo and Video

Ed: You open your recent Policy and Internet article by noting that “the modern treasury of public institutions is where the wealth of public information is stored and processed” … what are the challenges of government use of cloud services?

Kristina: The public sector is a very large user of information technology but data handling policies, vendor accreditation and procurement often predate the era of cloud computing. Governments first have to put in place new internal policies to ensure the security and integrity of their information assets residing in the cloud. Through this process governments are discovering that their traditional notions of control are challenged because cloud services are virtual, dynamic, and operate across borders.

One central concern of those governments that are leading in the public sector’s migration to cloud computing is how to retain unconditional sovereignty over their data — after all, public sector information embodies the past, the present, and the future of a country. The ability to govern presupposes command and control over government information to the extent necessary to deliver public services, protect citizens’ personal data and to ensure the integrity of the state, among other considerations. One could even assert that in today’s interconnected world national sovereignty is conditional upon adequate data sovereignty.

Ed: A basic question: if a country’s health records (in the cloud) temporarily reside on / are processed on commercial servers in a different country: who is liable for the integrity and protection of that data, and under who’s legal scheme? ie can a country actually technically lose sovereignty over its data?

Ed: Is there a sense of how many government services are currently hosted “in the cloud”; and have there been any known problems so far about access and jurisdiction?

Kristina: The US has published some targets but otherwise we have no sense of the magnitude of government cloud computing. It is certainly an ever growing phenomenon in leading countries, for example both the US Federal Cloud Computing Strategy and the United Kingdom’s G-Cloud Framework leverage public sector cloud migration with a cloud-first strategy and they operate government application stores where public authorities can self-provision themselves with cloud-based IT services. Until now, the issues of access and jurisdiction have primarily been discussed in terms of risk (as I showed in my article) with governments adopting strategies to keep their public records within national territory, even if they are residing on a cloud service.

Ed: Is there anything about the cloud that is actually functionally novel; ie that calls for new regulation at national or international level, beyond existing data legislation?

Kristina: Cloud services are not meant to recognize national frontiers, but to thrive on economies of scale and scope globally. The legal risks arising from its transnationality won’t be solved by more legislation at the national level; even if this is a pragmatic solution, the resurrection of territoriality in cloud service contracts with the government conflicts with scalability. My article explores various avenues at the international level, for example extending diplomatic immunity, international agreements for cross-border data transfers, and reliance on mutual legal assistance treaties but in my opinion they do not satisfyingly restore a country’s quest for data sovereignty in the cloud context. In the EU a regional approach could be feasible and I am very much drawn by the idea of a European cloud environment where common information assurance principles prevail — also curtailing individual member states’ disclosure authorities.

Ed: As the economies of scale of cloud services kick in, do you think we will see increasing commercialisation of public record storing and processing (with a possible further erosion of national sovereignty)?

Kristina: Where governments have the capability they adopt a differentiated, risk-based approach corresponding to the information’s security classification: data in the public domain or that have low security markings are suitable for cloud services without further restrictions. Data that has medium security markings may still be processed on cloud services but are often confined to the national territory. Beyond this threshold, i.e. for sensitive and classified information, cloud services are not an option, judging from analysis of the emerging practice in the U.S., the UK, Canada and Australia. What we will increasingly see is IT-outsourcing that is labelled “cloud” despite not meeting the specifications of a true cloud service. Some governments are more inclined to introduce dedicated private “clouds” that are not fully scalable, in other words central data centres. For a vast number of countries, including developing ones, the options are further limited because there is no local cloud infrastructure and/or the public sector cannot afford to contract a dedicated government cloud. In this situation I could imagine an increasing reliance on transnational cloud services, with all the attendant pros and cons.

Ed: How do these sovereignty / jurisdiction / data protection questions relate to the revelations around the NSA’s PRISM surveillance programme?

Kristina: It only confirms that disclosure authorities are extensively used for intelligence gathering and that legal risks have to be taken as seriously as technical vulnerabilities. As a consequence of the Snowden revelations it is quite likely that the sensitivity of governments (as well as private sector organizations) to the impact of foreign jurisdictions will become even more pronounced. For example, there are reports estimating that the lack of trust in US-based cloud services is bound to affect the industry’s growth.

Ed: Could this usher in a whole new industry of ‘guaranteed’ national clouds..? ie how is the industry responding to these worries?

Kristina: This is already happening; in particular, European and Asian players are being very vocal in terms of marketing their regional or national cloud offerings as compatible with specific jurisdiction or national data protection frameworks.

Ed: And finally, who do you think is driving the debate about sovereignty and cloud services: government or industry?

Kristina: In the Western world it is government with its special security needs and buying power to which industry is responsive. As a nascent technology cloud services nonetheless thrive on business with governments because it opens new markets where previously in-house IT services dominated in the public sector.