In the 1990s the internet was often described as the ‘Information Highway’. Two decades on, the information highway has started to interfere with the real highway. One in three people in the Netherlands admit to using a smartphone for email and social media while driving their car. 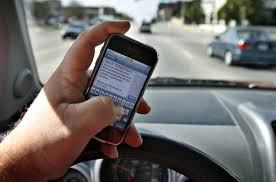 According to the Stichting Wetenschappelijk Onderzoek Verkeersveiligheid (a scientific research foundation investigating road safety issues) dozens of people die yearly due to smartphone use on the road and hundreds get injured. A simulator study by Basacik, Reed and Robbins (2012) has shown that the use of a smartphone while driving impairs driving performance more than taking drugs or drinking alcohol. The authors report that when people are sending and receiving Facebook messages their reaction times are slowed by around 38% and they often miss key events; drivers are also unable to maintain a central lane position resulting in an increased number of unintentional lane departures; and they are unable to respond as quickly to the car in front gradually changing speed. The risk of having an accident while using a smartphone increases by 25% (although some studies even quote a 160% increase). Illustrative of the dangers of smartphone use on the road was the 2011 BlackBerry service disruption in the United Arab Emirates: accidents dropped by 40 per cent in Abu Dhabi and by 20 per cent in Dubai due to the service outage [Wired, 2011]. 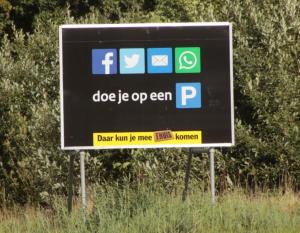 The government in the Netherlands has therefore set up a campaign to make people aware that ‘virtual traffic’ has no place in real traffic. In order to highlight the dangers of using smartphones behind the wheel, they have placed billboards along the motorway telling people to park their car before making a phone call or using Facebook, Twitter, or email. Without a doubt this government action is important and will save lives, but just warning people might not be enough. When driving in the Netherlands you frequently see big signs along and above the motorways telling you to check out the website ‘Van A naar Beter’ for the latest traffic information, road projects, and travel alternatives. This website is an initiative of the Ministry of Infrastructure and the Environment and has been advertised on motorways for years. However, directing citizens to websites (no matter how well-intentioned) is perhaps no longer advisable with over 4 million people owning a smartphone? And what can be done about the Quick Response (QR) codes that are popping up along the roads and on other vehicles? Many companies have discovered the new dimension that QR can bring to their consumer advertising. These barcodes link directly to text, websites, phone numbers and more. But scanning a QR code is pretty demanding stuff to be doing while at the wheel. You have to keep the camera steady and wait for the code to be scanned. If that isn’t an accident waiting to happen… 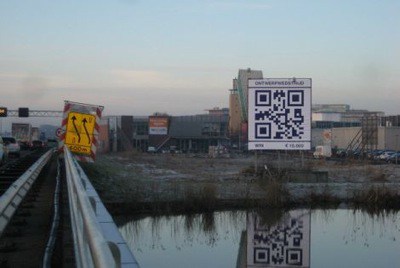 In Leiderdorp (NL) a large billboard displaying such a QR code and the message ‘WIN €10.000’ was removed because it proved to be too distracting for drivers. Invented in Japan in 1994 to track vehicles during manufacture, the codes are now displayed on cars and trucks as a marketing strategy (see pictures below). Should the law forbid the use of these QR codes along the roadside and on vehicles? Or should we assume that drivers will wise up and leave internet usage to their passengers? As the world around us changes rapidly, it will be difficult to keep up with appropriate policy and regulation! 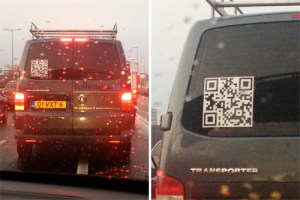 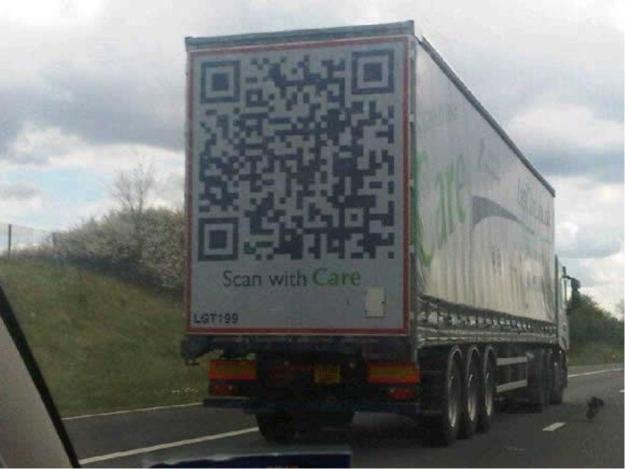 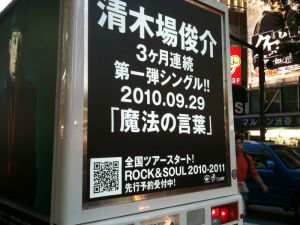