Skip down to main content
Published on
18 Oct 2021
Written by
Johann Laux
Should we worry about the government nudging us with targeted advertising which has legal scholars worrying about its manipulative effects on consumers?

Imagine opening a dating app on your phone and being shown the profile of your favourite celebrity. But instead of a flirtatious chat, you find the celebrity nudging you to register as an organ donor. Sounds surprising? Well, this is exactly what the UK government did in 2015. In partnership with the dating app Tinder, it created fake celebrity profiles to reach young people and have them sign up as organ donors. The strategy worked, almost doubling the number of registrations.

Recently, the Guardian reported on a new study by the Scottish Centre for Crime & Justice Research (SCCJR) which argues that this type of communication is a novel form of “influence government” implemented in the UK. It builds on the government’s past application of behavioural research, most famously by its “nudge unit”, now a privatised entity called the Behavioural Insights Team.

Nudges are designed to alter people’s behaviour without coercively forbidding options. As Richard Thaler and Cass Sunstein wrote in their 2008 book Nudge: “putting fruit at eye level counts as a nudge. Banning junk food does not”.

The SCCJR report identified how government nudges have been amplified by online behavioural advertising (OBA), which targets consumers (and now citizens) with adverts based on their online behaviour. While nudges may be effective, they might also be considered manipulative. Should we therefore worry about the government nudging us with targeted advertising which has legal scholars worrying about its manipulative effects on consumers?

Combining nudges and OBA has benefits, as signing up more organ donors increases welfare in society. In another example from the SCCJR study, the Home Office targeted people who had recently bought candles online with fire safety adverts. From an ethical point of view, however, nudges need to be transparent and refrain from concealed manipulation. Otherwise, they disregard people’s ability to make deliberate decisions. This is exactly where OBA remains a source of significant controversy.

Our research in the Governance of Emerging Technologies programme (GET) shows that OBA opens the door for the financial exploitation of consumers’ emotions and cognitive vulnerabilities. Advertisers can learn when you’re in an extroverted mood, for example, pushing adverts onto your screen at that moment because you’re willing to spend more. This is a form of market manipulation that we believe requires not only ethical, but also legal scrutiny.

Another problem with the online advertising industry is its concentration. Google and Facebook dominate the markets for providing the infrastructure behind targeted adverts. As we argue in our research, this can severely limit the range of adverts consumers are served with online. Consumers risk predominantly seeing adverts based on their psychological profile, weak spots included. Nudges, however, were never meant to eliminate choice.

To prevent its use for illicit ends, nudging must always be subject to public scrutiny. OBA, however, segments its audience, thus splintering the public forum. While a billboard is visible to anyone passing by, targeted ads are only seen by their direct audience. This lack of transparency also makes it harder to combat discrimination of individuals based on very sensitive information such as their ethnicity, sexual orientation or religious beliefs, another legal challenge which OBA raises.

Regulators are beginning to address these troubles with OBA. The EU parliament seeks to ban some of its practices on account of privacy concerns. Regulators in the EU are tightening their grip on the industry and the UK’s Centre for Data Ethics and Innovation likewise recommends stricter regulation.

As long as new regulation is only being drafted but not yet in force, we suggest applying existing consumer law – the EU’s Unfair Commercial Practices Directive (UCPD) which has been implemented in the UK by the Consumer Protection from Unfair Trading Regulations 2008 – but with a stricter reading than currently enforced. At the moment, the UCPD assumes that the “average consumer” acts mostly rationally. This is a purposeful stipulation as it means judges and consumer authorities are not required to spend time and money investigating how consumers actually behave.

But targeted adverts are already based on vast amounts of consumer behaviour data. This data will regularly show that consumers do not act rationally, but predictably irrationally. When applying consumer law, we should therefore assume that consumers behave roughly as the targeting predicts. That would mean that adverts that actively exploit an irrationality in their target audience should face a tougher legal test.

Of course, the government is not (usually) trying to trick citizens into buying its products. Consumer law only applies to commercial communications, not state messaging. But the government’s engagement with targeted advertising lends the practice legitimacy, despite widespread criticism.

This is why we would caution government nudging to rely too heavily on OBA while the law is still grappling with the industry’s worst features, even if done for ethically good causes such as increasing organ donations or preventing house fires. OBA lacks transparency, is prone to conceal manipulation, and risks diminishing choice for its addressees. There is a real risk that citizens’ trust in government may suffer if public authorities’ put out online messaging which recalls negative experiences they have made as digital consumers. We hope that our recommendations for stricter reading of existing consumer laws applied to online advertising can go some way towards addressing these risks. 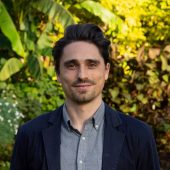 Johann Laux works at the intersection of law and the social sciences. His current research is interested in the governance of emerging technologies as well as the design of institutions.