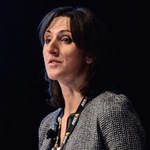 As contemporary societies grow increasingly dependant on ICTs, any form of attack that involves their informational infrastructures poses serious risks and raises the need for adequate defence and regulatory measures. The OII’s Mariarosaria Taddeo discusses the outcome of a recent NATO CCD COE workshop on Ethics and Policies for Cyber Warfare, which focused on the question of the adequacy and efficacy of existing laws and ethical frameworks for the regulation of cyber warfare. Read the full workshop report [PDF, 400kb]. 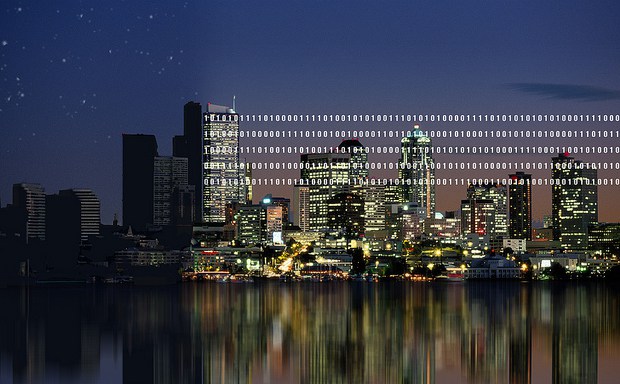 Critical infrastructures such as electric power grids are susceptible to cyberwarfare, leading to economic disruption in the event of massive power outages. Image courtesy of Pacific Northwest National Laboratory.

Before the pervasive dissemination of Information and Communication Technologies (ICTs), the use of information in war waging referred to intelligence gathering and propaganda. In the age of the information revolution things have radically changed. Information has now acquired a pivotal role in contemporary warfare, for it has become both an effective target and a viable means. These days, we use ‘cyber warfare’ to refer to the use of ICTs by state actors to disruptive (or even destructive) ends.

As contemporary societies grow increasingly dependant on ICTs, any form of attack that involves their informational infrastructures poses serious risks and raises the need for adequate defence and regulatory measures. However, such a need contrasts with the novelty of this phenomenon, with cyber warfare posing a radical shift in the paradigm within which warfare has been conceived so far. In the new paradigm, impairment of functionality, disruption, and reversible damage substitute for bloodshed, destruction, and casualties. At the same time, the intangible environment (the cyber sphere), targets, and agents substitute for beings in blood and flesh, firearms, and physical targets (at least in the non-kinetic instances of cyber warfare).

The paradigm shift raises questions about the adequacy and efficacy of existing laws and ethical theories for the regulation of cyber warfare. Military experts, strategy planners, law- and policy-makers, philosophers, and ethicists all participate in discussions around this problem. The debate is polarised around two main approaches: (1) the analogy approach, and (2) the discontinuous approach. The former stresses that the regulatory gap concerning cyber warfare is only apparent, insofar as cyber conflicts are not radically different from other forms of conflicts. As Schmitt put it “a thick web of international law norms suffuses cyber-space. These norms both outlaw many malevolent cyber-operations and allow states to mount robust responses”. The UN Charter, NATO Treaty, Geneva Conventions, the first two Additional Protocols, and Convention restricting or prohibiting the use of certain conventional weapons are more than sufficient to regulate cyber warfare; all that is needed is an in-depth analysis of such laws and an adequate interpretation. This is the approach underpinning, for example, the so-called Tallinn Manual.

The opposite position, the discontinuous approach, stresses the novelty of cyber conflicts and maintains that existing ethical principles and laws are not adequate to regulate this phenomenon. Just War Theory is the main object of contention in this case. Those defending this approach argue that Just War Theory is not the right conceptual tool to address non-kinetic forms of warfare, for it assumes bloody and violent warfare occurring in the physical domain. This view sees cyber warfare as one of the most compelling signs of the information revolution — as Luciano Floridi has put it “those who live by the digit, die by the digit”. As such, it claims that any successful attempt to regulate cyber warfare cannot ignore the conceptual and ethical changes that such a revolution has brought about.

These two approaches have proceeded in parallel over the last decade, stalling rather than fostering a fruitful debate. There is therefore a clear need to establish a coordinated interdisciplinary approach that allows for experts with different backgrounds to collaborate and find a common ground to overcome the polarisation of the discussion. This is precisely the goal of the project financed by the NATO Cooperative Cyber Defence Centre of Excellence (NATO CCD COE) and that I co-led with Lt Glorioso, a representative of the Centre. The project has convened a series of workshops gathering international experts in the fields of law, military strategies, philosophy, and ethics to discuss the ethical and regulatory problems posed by cyber warfare.

The first workshop was held in 2013 at the Centro Alti Studi Difesa in Rome and had the goal of launching an interdisciplinary and coordinated approach to the problems posed by cyber warfare. The second event was hosted in last November at Magdalen College, Oxford. It relied on the approach established in 2013 to foster an interdisciplinary discussion on issues concerning attribution, the principle of proportionality, the distinction between combatant and non-combatant, and the one between pre-emption and prevention. A report on the workshop has now been published surveying the main positions and the key discussion points that emerged during the meeting.

One of most relevant points concerned the risks that cyber warfare poses for the established political equilibrium and maintaining peace. The risk of escalation, both in the nature and in the number of conflicts, was perceived as realistic by both the speakers and the audience attending the workshop. Deterrence therefore emerged as one of the most pressing challenges posed by cyber warfare – and one that experts need to take into account in their efforts to develop new forms of regulation in support of peace and stability in the information age.

Dr Mariarosaria Taddeo is a researcher at the Oxford Internet Institute, University of Oxford. Her main research areas are information and computer ethics, philosophy of information, philosophy of technology, ethics of cyber-conflict and cyber-security, and applied ethics. She also serves as president of the International Association for Computing and Philosophy.