Skip down to main content
Published on
15 Feb 2007
Professor Yorick Wilks joins the OII as a Senior Research Fellow. His research interests include artificial intelligence and the computer processing of language, knowledge and belief.

Professor Yorick Wilks has joined the Oxford Internet Institute (OII) as a Senior Research Fellow. He continues in his position as Professor of Computer Science at the University of Sheffield, where he heads the Natural Language Processing research group. His research interests include artificial intelligence and the computer processing of language, knowledge and belief.

William Dutton, the Director of the OII, said: “Professor Wilks is not only a leading figure in artificial intelligence, but also a gifted communicator: a scholar who can bridge disciplinary boundaries between the social and computer sciences. His contributions to the OII continue to grow.”

Professor Wilks’s OII appointment enables him to deepen his role within the OII (having already been a Visiting Professor), and to direct a major European initiative to build a computer ‘Companion’ using methods for deriving computer conversation. He is the Principal Investigator of this four-year €13 million Companions project, which is coordinated at the University of Sheffield with fifteen EU and US partners, including the Oxford Internet Institute.

Professor Wilks describes the Companion as: “a conversational agent that stays with one for a long period, appears to learn one’s tastes and habits, and helps to organise and select personal material for its ‘owner”‘. One can think of a Companion as best suited to the elderly, living alone and in need of company.” The Companion will carry out activities within a person’s digital space on the Internet, such as organising image and text records of a person’s life as a coherent narrative.

This will require extending multimodal dialogue capabilities to support the social and affective aspects of interaction, and to give the Companion specific cognitive capabilities so as to support its relation to the user and to organise information. “Concretely, the Companion could be a mobile phone, or a computer screen, but more likely something like a furry handbag that sits on one’s lap and talks; light to carry about and definitely not a robot.” He continues: “The OII is an ideal interface to link the language technology developments that underpin this research to all the social implications of having things like Companions around in the future.”

Professor Wilks received his MA and PhD from Pembroke College, Cambridge. He is a Fellow of the European and American Societies for Artificial Intelligence, a member of the UK Computing Research Council and has taught or researched at Stanford, Edinburgh, Geneva, Essex and New Mexico State Universities. Recent books include: Artificial Believers (Erlbaum 1991), Electric Words (MIT, 1996) and Machine Conversations (Kluwer, 2001).

The Oxford Internet Institute is a department within the Social Sciences Division of the University of Oxford, and a leading world centre for the multidisciplinary study of the Internet and society, focusing on Internet-related research, education and informing policy-making and practice.

Companions aims to change the way we think about the relationships of people to computers and the Internet by developing a virtual conversational ‘Companion’. This will be an agent or ‘presence’ that stays with the user for long periods of time, developing a relationship and ‘knowing’ its owners preferences and wishes. It will communicate with the user primarily by using and understanding speech, but also using other technologies such as touch screens and sensors. The project is coordinated at the University of Sheffield and consists of a consortium of 14 partners from across Europe and the US. The European Commission is funding the project as part of its 6th Research Framework, specifically as part of its focus on Information Society Technologies. 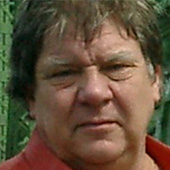 Yorick Wilks has interests in artificial intelligence and the computer processing of language, knowledge and belief. His current research focuses on the possibility of software agents having identifiable personalities.