Skip down to main content
Published on
28 Nov 2002
Peter Davies leaves his position as General Counsel of Apple Europe, a post he has held since 1999, to become a Visiting Research Fellow at the Oxford Internet Institute, affiliated with Green College, University of Oxford

Mr Peter Davies has left his position as General Counsel of Apple Europe, a post he had held since 1999, to become a Visiting Research Fellow at the Oxford Internet Institute (OII), and affiliated with Green College, Oxford University. In addition to Apple, Mr Davies has worked in various legal capacities for IBM Europe’s Software Division, Microsoft Corporation, Ashton-Tate, and Williams Collins Ltd. He has also served as a research officer for the National Foundation for Educational Research, from 1975-1980.

The Director of the OII, Professor Bill Dutton, noted that Peter Davies’ appointment helps the Institute realize its aim of building bridges between academia, industry and government: “Peter Davies’ advice and participation in the OII will further our collaborative research which seeks to inform policy and practice”.

Peter Davies will be working at the OII through July of 2003, and concentrating his efforts on issues of intellectual property and online commerce. Bill Dutton sees his advice on such OII concerns as the ownership of courseware and the impact of alternative Internet standards as critical to ensuring that the OII’s work connects with business and industry.

Beyond his research, Peter Davies will be giving several seminars and supporting a variety of OII activities. On taking up this position, he expressed enthusiasm for the opportunities it provides: “I look forward to meeting and advising students at Oxford who are interested in careers in the many burgeoning fields around the Internet and related new media”.

The Oxford Internet Institute (OII) is one of the world’s first truly multidisciplinary Internet institute based in a major university. Exclusively devoted to the study of the impact of the Internet on society, the OII aims to put Oxford, the UK and Europe at the centre of debates about how the Internet could and should develop. 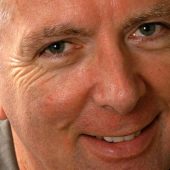 Peter Davies is a barrister who has held senior legal positions in a number of technology companies, including Microsoft, IBM and Apple Computers. He has acted as a consultant to the OECD on technology law.