Skip down to main content
Published on
23 Oct 2013
The OII is delighted to announce the names of the outstanding contributors to the Internet who will be presented with Awards at a ceremony in Oxford in November.  The awards recognize their pivotal role in shaping the ecosystem of today’s Internet. 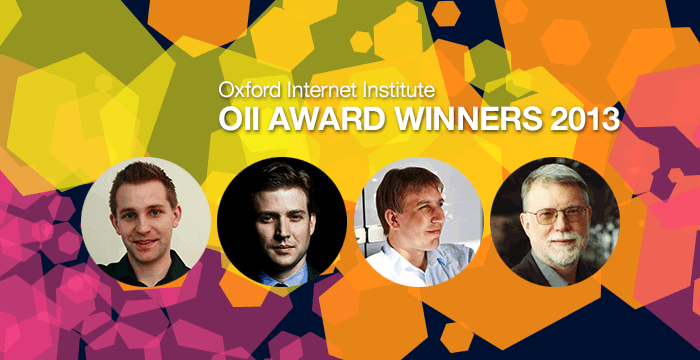 John Seeley-Brown, Independent Co-Chairman of the Deloitte Center for the Edge, former Chief Scientific Officer at Xerox and renowned researcher has been named as the 2013 Lifetime Award Winner by the Oxford Internet Institute in recognition of his outstanding contributions to the understanding of technology and visionary perspectives on how the internet would change the way we work, learn and innovate.

Alec Ross, former Senior Advisor for Innovation to Secretary of State Hillary Clinton, Privacy Campaigner Max Schrems, and Chris Lintott, the co-founder of the innovative crowdsourcing project Galaxy Zoo have all been named as 2013 Internet and Society Award winners, in recognition of their exemplary effort to use the Internet for public good.

The Awards will be presented at a gala dinner and ceremony to be held in Balliol College, Oxford on 8 November 2013. Previous winners of the award have included Vint Cerf, Lifetime Achievement Award Winner in 2011, Raspberry Pi, makers of the affordable pocket-sized computer and Jennifer Pahlka, founder of ‘Code for America’ who were Internet and Society Award Winners in 2012.