Skip down to main content
Published on
27 Mar 2011
OII MSc student, Alec Dent, was a member of the Oxford crew which won a commanding victory in the annual University boat race on Saturday 26 March.

Alec Dent, studying at OII for the MSc in Social Science of the Internet, was a member of the Oxford crew which won a commanding victory in the annual University boat race on Saturday 26 March. Oxford University’s Blue boat upset the odds to win the 157th Boat Race, beating Cambridge by four lengths.

Alec, who has rowed since he was 10, was elected Oxford University Boat Club President in 2010 but sustained a back injury shortly afterwards, meaning there was a real chance that he would not be able to row, and resulting in his resignation as President. Fortunately, he made an excellent come-back, recovering from his injuries in time to fulfil his ambition to be part of a winning Oxford crew.

Despite the intense training that University athletes follow, no academic concessions are made and Alec has done well to combine his rowing with the OII’s demanding MSc programme. He is a member of Keble College, where he studied Economics and Management Studies as an undergraduate.

In another success for OII students, DPhil candidate Bianca Reisdorf, who rowed in the winning University Women’s Lightweight crew last year, was also selected to row this year. Disappointingly, Bianca had to drop out at the last minute due to injury. She hopes to get back to training shortly.

We congratulate both students on their admirable achievements! 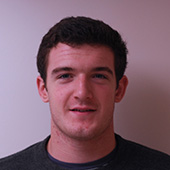 Thesis: Does the quality of an item description on ebay influence price?