Skip down to main content
Published on
6 Sep 2011
Tom Watson, Labour MP West Bromwich East, receives a "Best UK Internet Politician" award from the Oxford Internet Institute, in recognition of his significant role in shaping Internet policy for the public good in Britain. 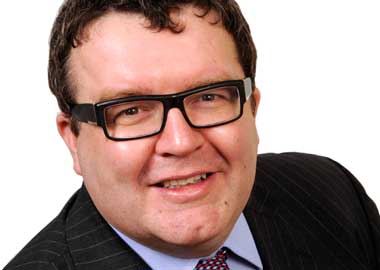 Tom Watson, Labour MP West Bromwich East, has received a “Best UK Internet Politician” award from the Oxford Internet Institute, in recognition of his significant role in shaping Internet policy for the public good in Britain.

Probably the best-known champion of digital issues in the current Parliament, and currently a tireless campaigner in the battle for media transparency, Tom Watson ran in the 2010 election on a platform calling for change to UK digital policy, issuing a series of digital pledges. He has also been a highly informed and effective critic of the 2010 Digital Economy Act and whilst at the Cabinet Office, he played a significant role in the campaign to open up government information repositories, which resulted in data.gov.uk.

Tom Watson said: “I’m delighted to accept this award from the OII, whose research has done much to highlight the Internet’s importance. It’s vital that we don’t damage that great potential by introducing poor legislation, and I will continue to strive for more recognition of digital rights and the preservation of an Internet open and accessible to all.”

The award will be presented on 22 September in Oxford, at a Gala Dinner celebrating the tenth anniversary of the founding of the Oxford Internet Institute. Several other publicly nominated people and bodies will be presented with awards, as well as Lifetime Achievement Awards for individuals who have played a uniquely significant and long-lasting role in shaping the Internet.

OII Director, Professor William Dutton, said: “These publicly nominated awards are intended to recognize individuals who have used or shaped the Internet for the public good in the UK. Tom Watson has an excellent track record on digital policy issues, demonstrating real insight into the technical and social implications of proposed legislation as well as a laudable devotion to preserving the Internet’s openness.”

Tom Watson has been an MP since 2001, and his roles have included Parliamentary Under-Secretary at the Ministry of Defence and Parliamentary Secretary at the Cabinet Office. He is currently a member of the select committee for Culture, Media and Sport and has played a significant role in the parliamentary questioning of Rupert and James Murdoch and Rebekah Brooks in relation to the News of the World phone-hacking scandal. He is a regular user of social media such as Facebook and Twitter, promoting their use as a tool for genuine political engagement.