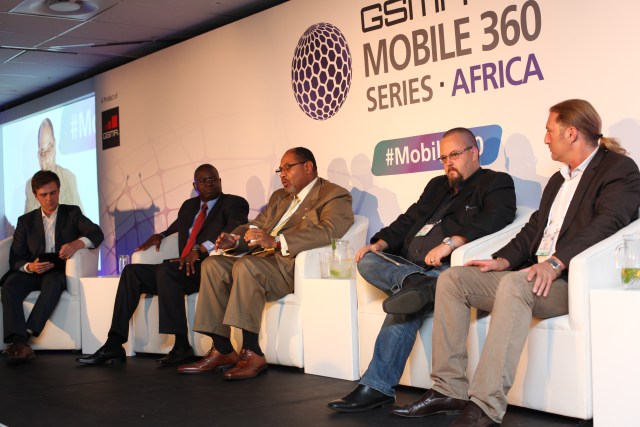 We all know that early monetization and revenue generation are crucial for digital startups in Africa. Entrepreneurs in pretty much any African city find it impossible to obtain significant scaling capital before they show revenue, as angel investors (if they exist at all) are wary of putting money into tech companies that can only show traction as users, but not as cash flow.

African digital startups — those ventures with a business model that hinges on web or mobile software, content, and applications — almost always rely on mobile operators to distribute their products and services to (paying) customers. Unlike in Europe or the US, operators don’t only provide access, they also function as gatekeepers in the software application market.

For the most-used applications, mobile money and SMS/USSD/IVR-based value added services (VAS), the customer pays for the application straight to the operator. Even in the smartphone and feature phone app market, operators are usually the ones that own the customer relation, as they decide which apps they bundle with their access offerings, or which ones they pre-install on the devices they sell. Most of the time, users are not only stripped of bandwidth but also of ways to pay for apps directly where only international payment gateways are available, so they rarely download and use apps offered through app stores that don’t directly depend on operators, such as the Android Play Store.

For digital entrepreneurs this often boils down to a simple calculation: “Either I accept the small cut that the operator is willing to grant me, or I have no distribution channel that could reach a good number of customers.”

What I find surprising is that you hear this complaint from entrepreneurs and developers across the continent, but rarely are operators challenged head-on. A recent panel discussion that I moderated at the GSMA 360 Africa event was an exciting exception. Three digital entrepreneurs, Yaron Assabi, Bradley Shaw, and Brad Magrath sat on the panel, discussing with Douglas Mboweni, the CEO of Econet Wireless Zimbabwe. They were also joined by two delegates from development organizations, Teddy Taylor and Matt Strickland, who represented the users and their challenges in accessing and deriving benefit from mobile content.

As one might expect, the revenue sharing debate wasn’t quite resolved during the 2-hour session. But I found three things remarkable that I wanted to share and that might stimulate the discussion going forward:

Entrepreneur Yaron Assabi suggested that operators should take the well-documented “strategic community” approach of NTT Docomo in Japan, which takes only 2% of the revenue — a huge difference to the common 30 to 70% that operators take in Africa. Arguably, this would incentivize entrepreneurs to create greater quantity and quality of content and applications, which ultimately pushes data usage for operators’ benefit. Douglas Mboweni of Econet countered that operators need to recuperate their infrastructure investments, and that the current shares are a reflection of the value that the operator creates vs. the one that the entrepreneur creates. These arguments are well-known and both sides have a point, but it was striking how far apart the two sides came out.

Yes, operators need to recoup investments, but do they make a full account of potential future value generation and revenue? The “ecosystem” idea is thrown around a lot these days, but do operators truly understand the potential effects that a more lively local application and content environment would have on the quantity of data consumed, and thus the money that they could make? This is a difficult forecasting exercise and the necessary strategic decisions aren’t easy for operators threatened by the “dumb pipe” scenario. Still, it’s pretty safe to say that operators are not rigorously and comprehensively assessing the long-term effects that stronger local digital production would have for their own bottom-line.

The most salient realization that I had through the discussion was how much potential there is for operators to be innovative and move further into the startup space. At the risk of making a stark overgeneralization: Most conversations I have been having about this topic over the last three months lead me to believe that African operators hardly tap into the startup and app innovation world around them. Their culture is different; APIs aren’t open or easy to plug into; they don’t dedicate a lot of staff and resources for engagement with startups; their decision-making structures are not in tune with the speed, experimentation, and informality common for startups; and sometimes they are even accused of stealing entrepreneurs’ ideas. Management of value added services created by startups is often outsourced to an aggregator, which of course wants its own cut of the revenue. The furthest that most operators go is to run apps competitions for local developers, which tend to result in lots of prototypes but rarely in sustained and scaling, revenue-generating digital products. This gap can and should be closed, and I think, it’s the operators that need to move and make use of their unmatched brand recognition and financial muscle.

To me, it looks as if operators active in African content and application markets might be too comfortable in their incumbent position. This could lead to opportunities for disruptive innovation, where a radically new way to distribute apps to Africans could challenge complacent operators that only engage in sustaining innovations without truly realizing consumer demand. A few upstarts, like Nuntu in Rwanda or QOR in Zimbabwe are already experimenting with their own app platforms, usually limiting bandwidth use and linking with local payment integrators. Operators might actually be cut out of the deal if such stores grow to a size where network effects and scale efficiencies kick in.

Operators will only be able to benefit from, or lead, innovation and disruption if they find ways of doing things outside of their incumbent structures. Most likely, they will need to let go of some of the control over the digital production and distribution process, as they are not best-positioned for all elements in the emerging value chains and networks. We see inklings of that in Tigo’s efforts to run the think incubator in Kigali, Millicom Group and MTN chipping in with Rocket Internet’s fund, or Safaricom setting up its own fund, but startup communities are already asking for more.

At the end of the day, operators and startups are interested in the same thing: making money from people consuming digital products. In my view, they need to sit down and talk (probably without an audience), and figure out in detail what kind of agreements will be mutually beneficial, in the short and in the long run.