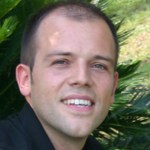 There are concerns that, just as Western countries have tried to promote their models of news media in Africa, China will try to export its own. However, no studies to date have proved this to be the case. Iginio Gagliardone (University of Oxford) discusses the themes of his paper “Partner, prototype or persuader? China’s renewed media engagement with Ghana“, which proposes a framework to understand Chinese engagement in the African mediasphere in terms of its original contributions, not simply as a negative of the impression left by the West. 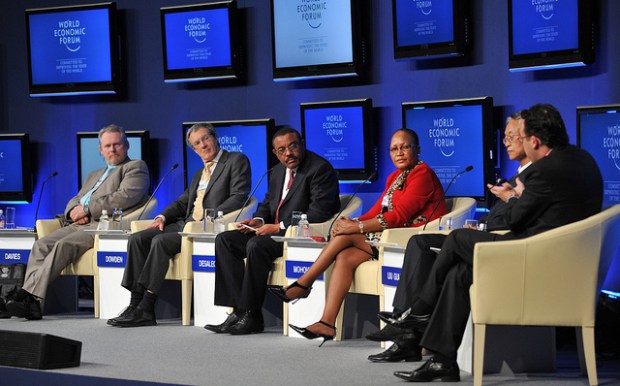 Ed: Concerns have been expressed (eg by Hillary Clinton and David Cameron) about the detrimental role China may play in African media sectors, by increasing authoritarianism and undermining Western efforts to promote openness and freedom of expression. Are these concerns fair?

Iginio: China’s initiatives in the communication sector abroad are burdened by the negative record of its domestic media. For the Chinese authorities this is a challenge that does not have an easy solution as they can’t really use their international broadcasters to tell a different story about Chinese media and Chinese engagement with foreign media, because they won’t be trusted. As the linguist George Lakoff has explained, if someone is told “Don’t think of an elephant!” he will likely start “summoning the bulkiness, the grayness, the trunkiness of an elephant”. That is to say, “when we negate a frame, we evoke a frame”. Saying that “Chinese interventions are not increasing authoritarianism” won’t help much. The only path China can undertake is to develop projects and use its media in ways that fall outside the realm of what is expected, creating new associations between China and the media, rather than trying to redress existing ones. In part this is already happening. For example, CCTV Africa, the new initiative of state-owned China’s Central Television (CCTV) and China’s flagship effort to win African hearts and minds, has developed a strategy aimed not at directly offering an alternative image of China, but at advancing new ways of looking at Africa, offering unprecedented resources to African journalists to report from the continent and tapping into the narrative of a “rising Africa”, as a continent of opportunities rather than of hunger, wars and underdevelopment.

Ed: Ideology has disappeared from the language of China-Africa cooperation, largely replaced by admissions of China’s interest in Africa’s resources and untapped potential. Does politics (eg China wanting to increase its international support and influence) nevertheless still inform the relationship?

China’s efforts in Africa during decolonisation were closely linked to its efforts to export and strengthen the socialist revolution on the continent. Today the language of ideology has largely disappeared from public statements, leaving less charged references to the promotion of “mutual benefit” and “sovereignty and independence” as guides of the new engagement. At the same time, this does not mean that the Chinese government has lost interest in engaging at the political/ideological level when the conditions allow. Identity of political views is not a precondition for engagement anymore but neither is it an aspiration, as China is not necessarily trying to influence local politics in ways that could promote socialism. But when there is already a resonance with the ideas embraced by its partners, Chinese authorities have not shied away from taking the engagement to a political/ideological level. This is demonstrated for example by party to party ties between the Communist Party of China (CUC) and other Socialist parties in Africa, including the Ethiopian People’s Revolutionary Democratic Front. Representative of the CUC have been invited to attend the EPRDF’s party conferences.

Ed: How much influence does China have on the domestic media / IT policies of the nations it invests in? Is it pushing the diffusion of its own strategies of media development and media control abroad? (And what are these strategies if so?)

Iginio: The Chinese government has signalled its lack of interest in exporting its own development model, and its intention to simply respond to the demands of its African partners. Ongoing research has largely confirmed that this ‘no strings attached’ approach is consistent, but this does not mean that China’s presence on the continent is neutral or has no impact on development policies and practices. China is indirectly influencing media/IT policies and practices in at least three ways.

First, while Western donors have tended to favour media projects benefiting the private sector and the civil society, often seeking to create incentives for the state to open a dialogue with other forces in society, China has exhibited a tendency to privilege government actors, thus increasing governments’ capacity vis-à-vis other critical components in the development of a media and telecommunication systems.

Second, with the launch of media projects such as CCTV Africa China has dramatically boosted its potential to shape narratives, exert soft power, and allow different voices to shape the political and development agenda. While international broadcasters such as the BBC World Service and Aljazeera have often tended to rely on civil society organisations as gatekeepers of information, CCTV has so far shown less interest in these actors, privileging the formal over the informal and also as part of its effort to provide more positive news from the continent.

Third, China’s domestic example to balance between investment in media and telecommunication and efforts to contain the risks of political instability that new technologies may bring, has the potential to act as a legitimising force for other states that share concerns of balancing both development and security, and that are actively seeking justifications for limiting voices and uses of technology that are considered potentially destabilising.

Ed: Is China developing tailored media models for abroad, or even using Africa as a “development lab”? How does China’s interest in Africa’s mediascape compare with its interest in other regions worldwide?

Iginio: There are concerns that, just as Western countries have tried to promote their models in Africa, China will try to export its own. As mentioned earlier, no studies to date have proved this to be the case. Rather, Africa indeed seems to be emerging as a “development lab”, a terrain in which to experiment and progressively find new strategies for engagement. Despite Africa’s growing importance for China as a trading and geostrategic partner, the continent is still perceived as a space where it is possible to make mistakes. In the case of the media, this is resulting in greater opportunities for journalists to experiment with new styles and enjoy freedoms that would be more difficult to obtain back in China, or even in the US, where CCTV has launched another regional initiative, CCTV America, which is more burdened, however, by the ideological confrontation between the two countries.

As part of Oxford’s Programme in Comparative Media Law and Policy‘s (PCMLP’s) ongoing research on China’s role in the media and communication sector in Africa, we have proposed a framework that can encourage understanding of Chinese engagement in the African mediasphere in terms of its original contributions, and not simply as a negative of the impression left by the West. This framework breaks down China’s actions on the continent according to China’s ability to act as a partner, a prototype, and a persuader, questioning, for example, whether or not media projects sponsored by the Chinese government are facilitating the diffusion of some aspects that characterise the Chinese domestic media system, rather than assuming this will be the case.

China’s role as a partner is evident in the significant resources it provides to African countries to implement social and economic development projects, including the laying down of infrastructure to increase Internet and mobile access. China’s perception as a prototype is linked to the ability its government has shown in balancing between investment in media and ICTs and containment of the risks of political instability new technologies may bring. Finally, China’s presence in Africa can be assessed according to its modality and ability to act as a persuader, as it seeks to shape national and international narratives.

So far we have employed this framework only to look at Chinese engagement in Africa, focusing in particular on Ghana, Ethiopia and Kenya, but we believe it can be applied also in other areas where China has stepped up its involvement in the ICT sector.

Ed: Has there been any explicit conflict yet between Chinese and non-Chinese news corporations vying for influence in this space? And how crowded is that space?

Iginio: The telecommunication sector in Africa is increasingly crowded as numerous international corporations from Europe (e.g. Vodafone), India (e.g. Airtel) and indeed China (e.g. Huawei and ZTE) are competing for shares of a profitable and growing market. Until recently Chinese companies have avoided competing with one another, but things are slowly changing. In Ethiopia, for example, after an initial project funded by the Chinese government to upgrade the telecommunication infrastructure was entirely commissioned to Chinese telecom giant ZTE, which is partially owned by the state, now ZTE has entered in competition with its Chinese (and privately owned) rival, Huawei, to benefit from an extension of the earlier project. In Kenya Huawei even decided to take ZTE to court over a project its rival won to supply the Kenyan police with a communication and surveillance system. Chinese investments in the telecommunication sectors in Africa have been part of the government’s strategy of engagement in the continent, but profit seems to have become an increasingly important factor, even if this may interfere with this strategy.

Ed: How do the recipient nations regard China’s investment and influence? For example, is there any evidence that authoritarian governments are seeking to adopt aspects of China’s own system?

Iginio: China is perceived as an example mostly by those countries that are seeking to balance between investment in ICTs and containment of the risks of political instability new technologies may bring. In a Wikileaks cable reporting a meeting between Sebhat Nega, one of the Ethiopian government’s ideologues, and the then US ambassador Donald Yamamoto, for example, Sebhat was reported to have openly declared his admiration for China and stressed that Ethiopia “needs the China model to inform the Ethiopian people”.

Iginio Gagliardone is a British Academy Post-Doctoral Research Fellow at the Centre for Socio-Legal Studies, University of Oxford. His research focuses on the role of the media in political change, especially in Sub-Saharan Africa, and the adaptation of international norms of freedom of expression in authoritarian regimes. Currently, he is exploring the role of emerging powers such as China in promoting alternative conceptions of the Internet in Africa. In particular he is analysing whether and how the ideas of state stability, development and community that characterize the Chinese model are influencing and legitimizing the development of a different conception of the information society.