Skip down to main content
Published on
27 Oct 2016
Bernie Hogan and Joshua Melville are collaborating on a $3.1m project at Northwestern University to develop software that can be used by researchers without technical skills to design and manage their own social network analysis studies.

Social networks are a powerful way to answer research questions about the social world. From social support to sexual health, the strength and structure of these connections can have a significant impact on wellbeing. But collecting self-reported social network data can be tedious and complicated, something we are hoping to change. The OII’s Dr Bernie Hogan and doctoral student Joshua Melville are collaborating on a $3.1m project at Northwestern University, funded by the US National Institutes of Health (NIH), to develop software that can be used by researchers without technical skills to design and manage their own social network analysis studies.

The grant follows from a previous research study, RADAR, conducted at the Feinberg School of Medicine at Northwestern University. In that study, Oxford researchers designed and developed the research instrument for capturing social, sexual and drug use networks of at-risk youth in Chicago. The software has been praised for its usability and smooth workflow from data collection to analysis. Now, the international team is making the software easier to use for researchers outside of this research project.

With Network Canvas, researchers will be able to design, deploy and download social network data in a visual and user friendly interface.

With Network Canvas, researchers will be able to design, deploy and download social network data in a visual and user friendly interface. Co-investigator Bernie Hogan notes that “we have had significant interest from researchers working in fields as diverse as refugee camps, injection drug users, and social support among the elderly.”

The idea for Network Canvas came from Joshua Melville’s DPhil thesis. He wanted to examine social support networks with individuals requiring government support in the UK in the form of personal care budgets. Being dissatisfied with traditional interview techniques, tedious pen and paper approaches and existing clunky software, Melville sought to design his own solution. In his work, the touchscreen-based social network software allows interview participants to detail and discuss their social relationships in a visually appealing manner. Hogan and Melville both believe this approach helps keep the interview focused while enabling thorough discussions of how personal care recipients navigate the often challenging bureaucracy of government support.

Network Canvas was still in its infancy when Hogan was approached by Michelle Birkett at Northwestern University. Birkett had already been using Hogan’s previous pen and paper technique developed during his PhD in Toronto and the Facebook social network visualiser previously developed by Hogan and Melville at the OII. This new software developed by Melville provided an opportunity for collaboration between the two universities while helping to support the development of Network Canvas for Melville’s thesis. The fact that the software is now used in a quantitative epidemiological panel study and a highly qualitative personal network study is a testament to its flexibility.

New Web technologies and next-generation touchscreens make it possible to build personal network-capture tools that are both appealing to users and capable of managing highly complex and confidential data. Speaking of its use in the Chicago study, Dr. Hogan said “When asking vulnerable youth about highly sensitive topics like unprotected sex it is critical that we provide the best user experience as well as collect the best data.” Usability studies demonstrated that respondents consider the tool fun and engaging while researchers appreciate the fact that data can be integrated into a large social network database immediately post-study. “There’s just no equivalent now for both user satisfaction and efficient workflow,” notes Hogan.

The research team has already published the results of usability studies at the premier Human-Computer Interaction conference, CHI.[1] They showed that network capture using Network Canvas was just as reliable as previous techniques while being twice as fast in the field, and orders of magnitude faster in data management and very highly rated on standardised usability studies.

Currently, the Network Canvas team are managing a new issue with this work: demand from researchers. The new version of Network Canvas will not be available as a beta until early 2018 according to the development roadmap. In the meantime, the research team are managing expectations and soliciting feedback. “People have high hopes for Network Canvas,” says Hogan. “It’s clear that there’s substantial demand in the field. We just hope that we can meet these needs on time with a high quality product that advances the field.”

Information about the NetCanvas software and the team can be found at http://networkcanvas.com/ 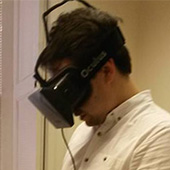 Joshua Melville is a DPhil student at the Oxford Internet Institute. He is interested in several broad themes. Among them: modernity, identity, methodology, social structure, and visual representation. 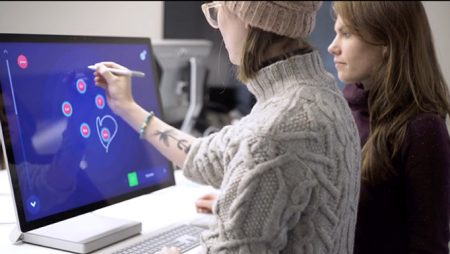 This project is developing a standalone software suite to capture complex network and contextual data crucial for understanding population dynamics in disease control for HIV and Drug Research.