Social media is one of the most prominent areas of interest in Internet scholarship, particularly the Twitter and Facebook platforms. A quick search in Google Scholar for “Twitter” pulls up over 50,000 results just since 2014. Some have argued that these two platforms are overrepresented in research: Twitter and Facebook aren’t the only popular social media sites out there. What’s next in the field of social media studies?

Ferrara, Interdonato and Tagarelli recently conducted a study (2014) on the social structure of Instagram. They write:

“Instagram represents an unprecedented environment of study, in that it mixes features of various social media and online social networks (including the ability of creating user-generated content in the form of visual media), the option of social tagging, and the possibility of establishing social relations (e.g., followee/follower relationships), and social interactions (e.g., commenting or liking media of other users.)” (p. 1) 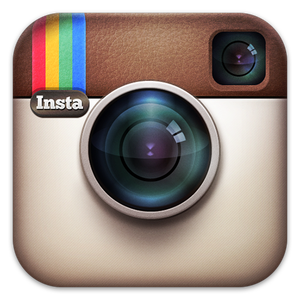 Instagram is also popular among cultural institutions, universities, and libraries, providing another field for research in digital humanities, scholarly communication online, and digital learning. In 2012, after noticing images of the library on Twitter that had been shared from Instagram, the library at UCLA created an Instagram account to better connect with its undergraduate population. In an article for College & Research Libraries News, Danielle Salomon, their social media manager and learning services librarian, states that they have stronger and more meaningful connections with their students on Instagram than on any other social network they use. Other institutions such as the Metropolitan Museum of Art, the Smithsonian, and the British Museum use Instagram as part of their outreach, teaching, and press plans.

Similar to Twitter and Facebook, Instagram has an API which provides access to data on users, relationships, media content, comments, likes, tags, and locations. There’s an active Instagram tag on Stackoverflow and a repository on GitHub. Some academic researchers have taken advantage of the API to carry out exploratory research on Instagram. These studies tend to focus on textual content (such as tags, likes, and comments) and network relationships rather than the image or video content, and no wonder: analyzing visual content is comparatively harder than analyzing text. However, Hochman and Manovich (2013) show the myriad ways you can visualize Instagram images and map it onto city geographies. Future research should not neglect what is arguably the key feature of Instagram: images are the primary focus of the the platform.

So far research into Instagram has focused on big data quantitative studies, looking at millions of data points but without a qualitative component. What does “liking” something mean on Instagram?

The Instagram API is not without limitations or flaws. As Manikonda & Kambhampati (2014) point out, the API only shows a subset of popular content. This can be an issue especially if you are interested in studying “average” Instagram users, as extremely popular celebrity and brand content may be returned as part of your dataset. Furthermore, the API may pull data and images from private Instagram users. Instagram allows users to specify in their accounts are public (anyone can see a user’s content) or private (content is hidden and user must approve follower requests). A few weeks ago, Quartz reported that it had downloaded about 100,000 images via the API which included private photos. Instagram stated that the reason for the error was that the API had reported some users as public even though they were private. A later update to the original story separately confirmed that some users changed their privacy settings after the images had first been downloaded, even minutes after the fact. As on many social networks, privacy on Instagram is a complex concept that shifts quickly and requires careful consideration by researchers.

Thus far, the research into Instagram has focused on big data quantitative studies, looking at millions of data points but without a qualitative component. While big data can tell us a good deal about a social network, it can only tell us so much. The average Instagram photo has a certain number of likes, but what does “liking” something mean on Instagram? How do users form communities and networks on Instagram? Big data can provide high level views of user and network behavior, but we need to talk to users directly to better understand why they do what they do.

With a large, global network containing both individual and institutional users, Instagram offers many avenues for academic research.

Ferrara, E., Interdonato, R., & Tagarelli, A. (2014, September). Online popularity and topical interests through the lens of instagram. In Proceedings of the 25th ACM conference on Hypertext and social media (pp. 24-34). ACM.

Salomon, D. (2013). Moving on from Facebook Using Instagram to connect with undergraduates and engage in teaching and learning. College & Research Libraries News, 74(8), 408-412.