Large corporations are starting to realize the benefits of leveraging online platforms to access freelancers on an on-demand basis. However, they are also presented with new challenges around how to organize for successful platform adoption? In part One of this blog I’ve drawn upon innovation literature to identify some of these challenges and how to address them. In part Two I share the stories of two Fortune 500 firms, named ‘Hotel’ and ‘India’ (pseudonyms) who successfully integrated online freelancing into their business models. Their stories offer important insights for firms who consider to use platforms and wonder how to organize the adoption process.

The story of Hotel

One reason why firms adopt online platforms is the ability to access freelancers with highly specialized skills and expertise. Hotel recognized they had to rethink their strategy for sourcing talent due to a shift in worker demographics. Namely, freelancers have opened up a space for on-demand work that makes firms re-assess how they source talent. Hotel also realized how digital technologies are changing the way work gets done: Previously, the team determined what work was performed, but now it was the work that determined the composition of the team. Previously, the company could choose between their own employees or hiring freelancers through staffing or outsourcing agencies. Now, they could also source freelancers on an on-demand basis, through online platforms:

“. . . work is going to be done very differently in the next ten years. It doesn’t necessarily mean that the 10,000+ Hotel employees today aren’t going to be 10,000+ Hotel employees in ten years. It could mean that they’re leveraging an additional 10% of folks [online] to do work differently. The point is we’re going to have the ability to tap into this pool of very skilled talent in a way we never could before.”

To explore this new approach to creating value with “on-demand talent”, Hotel signed an initial contract with one of the leading platforms and designed a program to experiment with sourcing work directly from online freelancers. The program became a tremendous success within the company, and Hotel is now expanding their platform usage into new areas.

Another reason why firms adopt platforms is the processes of conventional staffing agencies, do not always align with their internal operations. Agencies are therefore unable to support their needs. Today, firms should quickly adapt to changes in their business environments, for instance by initiating ad-hoc projects with quick turnaround times. The challenge confronted by India was that their headquarters requested two-week delivery times for projects. However, project leaders often didn’t have enough employees to deliver on time, and agencies on average needed six weeks to find the right freelancer, before the actual work had even started. This caused substantial problems and delays:

“The six-week sourcing process of agencies has fundamentally become a broken model because organizations don’t operate like that anymore.”

To address this challenge, project leaders at India started to explore alternatives, such as online freelancing platforms. They started a pilot program with one of the leading platforms, and found they were able to find suitable freelancers and complete projects in as little as two business days. As summarized in the table below, Hotel and India thus followed quite different paths for adopting platforms.

Timeline of platform adoption at Hotel and India 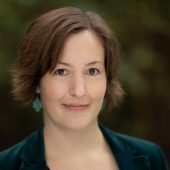 Dr. Gretta Corporaal is a Sociologist of Work and Organizations, previously based at the Oxford Internet Institute, specializing in online labor platforms and the future of work and organizations in the digital economy.