Skip down to main content
Published on
17 Aug 2010
Written by
Scott A. Hale

This begs the question how much does an average user’s friends’ network reflect this geographic / linguistic diversity of the platform. My guess based on homophily and past work is not very much. Despite being on the same platform with individuals from many diverse countries, the average user seeks out those individuals similar to him or herself. Networks like Facebook often simply reflect real world ties by encouraging individuals to use their real names and prompting them to friend past high school and college friends. Twitter using screen names in a pseudo-anonymous style and not forcing users to follow those following them seems like it might promote more diverse ties. On the other hand, I am not certain this is the case. Ethan Zuckerman recently wrote about one Portuguese language phrase—cala boca Galvao—that confused many users when it became a top trending topic on Twitter. I am building an application to let users plot the geographic diversity of their friends’ networks, and I hope to make that application live this fall. In the meantime, I am open to suggestions and tips on research to look at.

In addition to the limits of personal social networks, there are also of course limits to platforms. I was reminded of this today when a friend was trying to join Mixi, the most popular social network in Japan. Not only is the network entirely in Japanese, but it also requires users to give their Japanese cell phone number and confirm it via a text message sent to the phone. The lack of demand in forming geographically diverse ties partly explains why social media platforms can exist without interoperability and why country isolated networks like the Facebook clone in China can work successfully. It’s my hope that an increase in awareness, tools showing users the diversity of their personal networks, and easily accessible information sources might increase the diversity of our consumption of information on the Internet. In parting, I stumbled on a nice service aggregating the Google News feeds across several countries today: 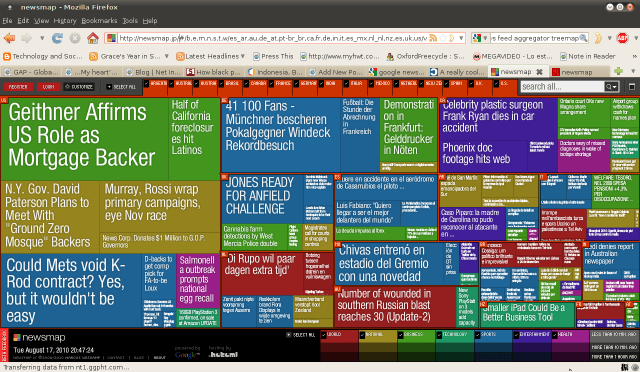