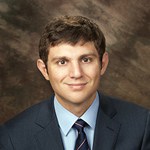 There is much evidence to suggest that the more complex aspects of the relationship between openness and trust in government go unaccounted for in current attempts by public sector organizations to become more open and transparent. Greg Porumbescu discusses his article Assessing the Link Between Online Mass Media and Trust in Government: Evidence From Seoul, South Korea, published in Policy & Internet (5, 4), which finds evidence of a positive indirect relationship between citizens’ use of online mass media outlets and their levels of trust in government. 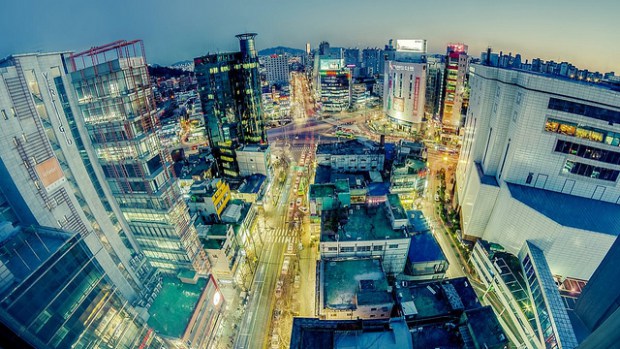 The South Korean Government, as well as the Seoul Metropolitan Government have gone to great lengths to enhance their openness, using many different ICTs. Seoul at night by jonasginter.

Ed: You examine the influence of citizens’ use of online mass media on levels of trust in government. In brief, what did you find?

Ed: So you find that that the particular positive or negative spin of the actual message may not be as important as the individuals’ sense that they are aware of the activities of the public sector. That’s presumably good news — both for government, and for efforts to ‘open it up’?

Greg: Yes, I think it can be. However, a few important caveats apply. First, the positive relationship between online mass media use and perceptions of government tapers off as respondents made more frequent use of online mass media outlets. In the study, I interpreted this to mean that exposure to mass media had less of an influence upon those who were more aware of public affairs, and more of an influence upon those who were less aware of public affairs. Therefore, there is something of a diminishing returns aspect to this relationship. Second, this study was not able to account for the valence (ie how positive or negative the information is) of information respondents were exposed to when using online mass media. While some attempts were made to control for valance by adding different control variables, further research drawing upon experimental research designs would be useful in substantiating the relationship between the valence of information disseminated by mass media outlets and citizens’ perceptions of their government.

Ed: Do you think governments are aware of this relationship — ie that an indirect effect of being more open and present in the media, might be increased citizen trust — and that they are responding accordingly?

Greg: I think that there is a general idea that more communication is better than less communication. However, at the same time there is a lot of evidence to suggest that some of the more complex aspects of the relationship between openness and trust in government go unaccounted for in current attempts by public sector organizations to become more open and transparent. As a result, this tool that public organizations have at their disposal is not being used as effectively as it could be, and in some instances is being used in ways that are counterproductive–that is, actually decreasing citizen trust in government. Therefore, in order for governments to translate greater openness into greater trust in government, more refined applications are necessary.

Ed: I know there are various initiatives in the UK — open government data / FoIs / departmental social media channels etc. — aimed at a general opening up of government processes. How open is the Korean government? Is a greater openness something they might adopt (or are adopting?) as part of a general aim to have a more informed and involved — and therefore hopefully more trusting — citizenry?

Greg: The South Korean Government, as well as the Seoul Metropolitan Government have gone to great lengths to enhance their openness. Their strategy has made use of different ICTs, such as e-government websites, social media accounts, non-emergency call centers, and smart phone apps. As a result, many now say that attempts by the Korean Government to become more open are more advanced than in many other areas of the developed world. However, the persistent issue in South Korea, as elsewhere, is whether these attempts are having the intended impact. A lot of empirical research has found, for example, that various attempts at becoming more open by many governments around the world have fallen short of creating a more informed and involved citizenry.

Ed: Finally — is there much empirical work or data in this area?

Greg: While there is a lot of excellent empirical research from the field of political science that has examined how mass media use relates to citizens’ perceptions of politicians, political preferences, or their levels of political knowledge, this topic has received almost no attention at all in public management/administration. This lack of discussion is surprising, given mass media has long served as a key means of enhancing the transparency and accountability of public organizations.

Gregory Porumbescu is an Assistant Professor at the Northern Illinois University Department of Public Administration. His research interests primarily relate to public sector applications of information and communications technology, transparency and accountability, and citizens’ perceptions of public service provision.