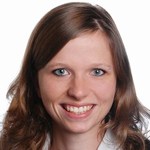 Dementia affects about 44 million individuals today, a number that is expected to triple by 2050. To date there is no cure or treatment. Ulrike Deetjen, Eric T. Meyer and Ralph Schroeder discuss the findings of an OECD-commissioned project to evaluate current best practices of data sharing in research on neurodegenerative diseases, for which they interviewed 37 experts from academia, government and other sectors. The final report was presented to the G7 health ministers at the First WHO Ministerial Conference on Global Action Against Dementia in Geneva on 16-17 March 2015. 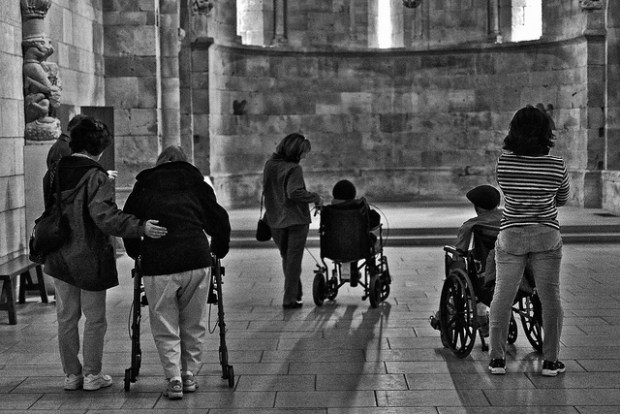 Dementia affects about 44 million individuals, a number that is expected to nearly double by 2030 and triple by 2050. With an estimated annual cost of USD 604 billion, dementia represents a major economic burden for both industrial and developing countries, as well as a significant physical and emotional burden on individuals, family members and caregivers. There is currently no cure for dementia or a reliable way to slow its progress, and the G8 health ministers have set the goal of finding a cure or disease-modifying therapy by 2025. However, the underlying mechanisms are complex, and influenced by a range of genetic and environmental influences that may have no immediately apparent connection to brain health.

Of course medical research relies on access to large amounts of data, including clinical, genetic and imaging datasets. Making these widely available across research groups helps reduce data collection efforts, increases the statistical power of studies and makes data accessible to more researchers. This is particularly important from a global perspective: Swedish researchers say, for example, that they are sitting on a goldmine of excellent longitudinal and linked data on a variety of medical conditions including dementia, but that they have too few researchers to exploit its potential. Other countries will have many researchers, and less data.

‘Big data’ adds new sources of data and ways of analysing them to the repertoire of traditional medical research data. This can include (non-medical) data from online patient platforms, shop loyalty cards, and mobile phones — made available, for example, through Apple’s ResearchKit, just announced last week. As dementia is believed to be influenced by a wide range of social, environmental and lifestyle-related factors (such as diet, smoking, fitness training, and people’s social networks), and this behavioural data has the potential to improve early diagnosis, as well as allow retrospective insights into events in the years leading up to a diagnosis. For example, data on changes in shopping habits (accessible through loyalty cards) may provide an early indication of dementia.

However, there are many challenges to using and sharing big data for dementia research. The technology hurdles can largely be overcome, but there are also deep-seated issues around the management of data collection, analysis and sharing, as well as underlying people-related challenges in relation to skills, incentives, and mindsets. Change will only happen if we tackle these challenges at all levels jointly.

As data are combined from different research teams, institutions and nations — or even from non-medical sources — new access models will need to be developed that make data widely available to researchers while protecting the privacy and other interests of the data originator. Establishing robust and flexible core data standards that make data more sharable by design can lower barriers for data sharing, and help avoid researchers expending time and effort trying to establish the conditions of their use.

At the same time, we need policies that protect citizens against undue exploitation of their data. Consent needs to be understood by individuals — including the complex and far-reaching implications of providing genetic information — and should provide effective enforcement mechanisms to protect them against data misuse. Privacy concerns about digital, highly sensitive data are important and should not be de-emphasised as a subordinate goal to advancing dementia research. Beyond releasing data in a protected environments, allowing people to voluntarily “donate data”, and making consent understandable and enforceable, we also need governance mechanisms that safeguard appropriate data use for a wide range of purposes. This is particularly important as the significance of data changes with its context of use, and data will never be fully anonymisable.

We also need a favourable ecosystem with stable and beneficial legal frameworks, and links between academic researchers and private organisations for exchange of data and expertise. Legislation needs to account of the growing importance of global research communities in terms of funding and making best use of human and data resources. Also important is sustainable funding for data infrastructures, as well as an understanding that funders can have considerable influence on how research data, in particular, are made available. One of the most fundamental challenges in terms of data sharing is that there are relatively few incentives or career rewards that accrue to data creators and curators, so ways to recognise the value of shared data must be built into the research system.

In terms of skills, we need more health-/bioinformatics talent, as well as collaboration with those disciplines researching factors “below the neck”, such as cardiovascular or metabolic diseases, as scientists increasingly find that these may be associated with dementia to a larger extent than previously thought. Linking in engineers, physicists or innovative private sector organisations may prove fruitful for tapping into new skill sets to separate the signal from the noise in big data approaches.

In summary, everyone involved needs to adopt a mindset of responsible data sharing, collaborative effort, and a long-term commitment to building two-way connections between basic science, clinical care and the healthcare in everyday life. Fully capturing the health-related potential of big data requires “out of the box” thinking in terms of how to profit from the huge amounts of data being generated routinely across all facets of our everyday lives. This sort of data offers ways for individuals to become involved, by actively donating their data to research efforts, participating in consumer-led research, or engaging as citizen scientists. Empowering people to be active contributors to science may help alleviate the common feeling of helplessness faced by those whose lives are affected by dementia.

Of course, to do this we need to develop a culture that promotes trust between the people providing the data and those capturing and using it, as well as an ongoing dialogue about new ethical questions raised by collection and use of big data. Technical, legal and consent-related mechanisms to protect individual’s sensitive biomedical and lifestyle-related data against misuse may not always be sufficient, as the recent Nuffield Council on Bioethics report has argued. For example, we need a discussion around the direct and indirect benefits to participants of engaging in research, when it is appropriate for data collected for one purpose to be put to others, and to what extent individuals can make decisions particularly on genetic data, which may have more far-reaching consequences for their own and their family members’ professional and personal lives if health conditions, for example, can be predicted by others (such as employers and insurance companies).

Policymakers and the international community have an integral leadership role to play in informing and driving the public debate on responsible use and sharing of medical data, as well as in supporting the process through funding, incentivising collaboration between public and private stakeholders, creating data sharing incentives (for example, via taxation), and ensuring stability of research and legal frameworks.

Dementia is a disease that concerns all nations in the developed and developing world, and just as diseases have no respect for national boundaries, neither should research into dementia (and the data infrastructures that support it) be seen as a purely national or regional priority. The high personal, societal and economic importance of improving the prevention, diagnosis, treatment and cure of dementia worldwide should provide a strong incentive for establishing robust and safe mechanisms for data sharing.