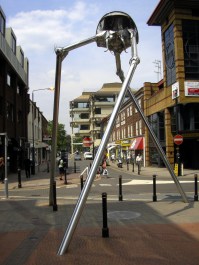 The European Data Protection Directive contains a list of seven principles governing recommendations on protecting personal data. One of them–‘access’–includes the right to view data being held about us and correct them if they are wrong.

The purpose of this is to ensure that data about me are not used in contexts that I do not want them used in. It allows me to complete incomplete information and correct mischaracterizations of my character that I would consider damaging if they were viewed and/or used by someone.

Say, for instance, that someone had a database with my gender written down incorrectly. I might conceivably want that rectified. The DPD gives me the right to make sure that the database holding this information is updated to contain correct information about me.

But what if someone had data about me that were technically correct, but that I claimed were incorrect? The obvious answer would be for me to request that they take them down, because under the DPD I have that right as well. But say there was a stigma to requesting to have them taken down? What if I just wanted to get back at them by messing up the reliability of their data? What if I wanted to benefit from the sales that are offered to students even if I am no longer a student? What if I just wanted to have a little fun?

William Bennett Turner wrote an Op-Ed in The New York Times this week claiming that we US citizens should have a right to lie. The case in question involved someone claiming to be a war-hero. He believes that–outside of a courtroom–we generally should not be forced to tell the truth:

The recognized constitutional remedy for false speech, as Justice Louis D. Brandeis famously said, is not suppression but “more speech.” The court should reject Congress’s attempt to police what we are allowed to say about ourselves.

I have the right in the European Union to correct data that I believe are incorrect. I have the right to lie here too (to a certain extent), because the governments generally refrain from attempting ‘to police what we are allowed to say about ourselves’.

I have the right to lie on the streetcorner. I even have a right to lie in your house. It’s your property, but I can lie in it.

I can tell you that I am a biscuit.

I might want to claim that I am from Narnia. I might want to make Google’s database say that I am from Narnia. Or, say I want to change my order history on Amazon in order to convince them to offer me different sales. Both of these companies invested time and silver coming up with the lines in their database that correspond to me. On a whim can I make it worthless? Yes. I can delete it.

On a whim can I make it incorrect? This speech is the kind of technically false speech that Turner was talking about, but relying on ‘more speech’ to help drown me out might not be enough.

If the right to access is intended to protect us from slander in database form, then it is a right to live free from mischaracterization, not a right to self-identify as I please. I can say whatever I want about myself, but I cannot force you to help me spread the lies.

If the right to access is intended to let people define themselves in databases, I should be able to call up Google claiming to be Skeletor P. Funk or Eggly Bagelface to ‘correct’  their database to say that I just bought a Maserati.

Meanwhile, I’m still trying to get Facebook to agree that I’m a Martian. 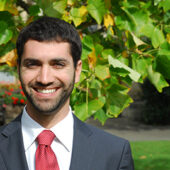