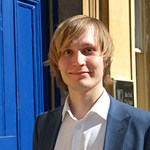 In a pivotal vote today, the Finnish parliament has voted in favour of removing references to gender in the country’s marriage law, making it possible for same-sex couples to get married. OII Research fellow Vili Lehdonvirta argues that the decision it is also a milestone for another reason: it is the first piece of “crowdsourced” legislation on its way to becoming law in Finland. The Finnish citizen initiative system aims to make people feel that they can make a difference. This decision not only advances equality and fairness, it also helps define the role of crowdsourcing in Finnish parliamentary decision making. 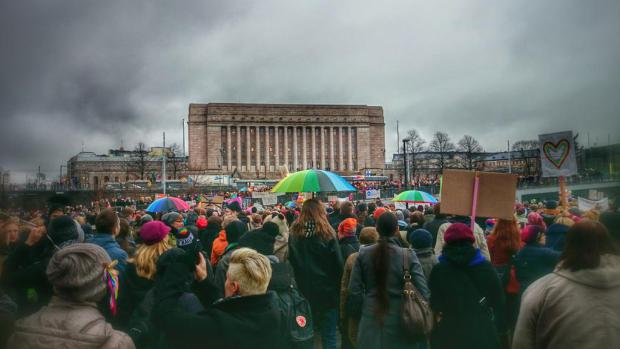 In a pivotal vote today, the Finnish parliament voted in favour of removing references to gender in the country’s marriage law, which will make it possible for same-sex couples to get married. It was predicted to be an extremely close vote, but in the end gender neutrality won with 105 votes to 92. Same-sex couples have been able to enter into registered partnerships in Finland since 2002, but this form of union lacks some of the legal and more notably symbolic privileges of marriage. Today’s decision is thus a historic milestone in the progress towards tolerance and equality before the law for all the people of Finland.

Today’s parliamentary decision is also a milestone for another reason: it is the first piece of “crowdsourced” legislation on its way to becoming law in Finland. A 2012 constitutional change made it possible for 50,000 citizens or more to propose a bill to the parliament, through a mechanism known as the citizen initiative. Citizens can develop bills on a website maintained by the Open Ministry, a government-supported citizen association. The Open Ministry aims to be the deliberative version of government ministries that do the background work for government bills. Once the text of a citizen bill is finalised, citizens can also endorse it on a website maintained by the Ministry of Justice. If a bill attracts more than 50,000 endorsements within six months, it is delivered to the parliament.

A significant reason behind the creation of the citien initiative system was to increase citizen involvement in decision making and thus enhance the legitimacy of Finland’s political system: to make people feel that they can make a difference. Finland, like most Western democracies, is suffering from dwindling voter turnout rates (though in the last parliamentary elections, domestic voter turnout was a healthy 70.5 percent). However, here lies one of the potential pitfalls of the citizen initiative system. Of the six citizen bills delivered to the parliament so far, parliamentarians have outright rejected most proposals. According to research presented by Christensen and his colleagues at our Internet, Politics & Policy conference in Oxford in September (and to be published in issue 7:1 of Policy and Internet, March 2015), there is a risk that the citizen iniative system ends up having an effect that is opposite from what was intended:

“[T]hose who supported [a crowdsourced bill rejected by the parliament] experienced a drop in political trust as a result of not achieving this outcome. This shows that political legitimacy may well decline when participants do not get the intended result (cf. Budge, 2012). Hence, if crowdsourcing legislation in Finland is to have a positive impact on political legitimacy, it is important that it can help produce popular Citizens’ initiatives that are subsequently adopted by Parliament.”

The marriage equality citizen initiative was able to break this pattern not only because it enjoyed immense popular support, but also because many parliamentarians saw marriage equality as a matter of conscience, where the party whip system wouldn’t apply. Parliamentarians across party lines voted in support and against the initiative, in many cases ignoring their party leaders’ instructions.

Prime Minister Alexander Stubb commented immediately after the vote that the outcome “shows the power of citizen initiatives”, “citizen democracy and direct democracy”. Now that a precedent has been set, it is possible that subsequent citizen initiatives, too, get judged more on their merits than on who proposed them. Today’s decision on marriage equality may thus turn out to be historic not only for advancing equality and fairness, but also for helping to define crowdsourcing’s role in Finnish parliamentary decision making.