Widespread Internet adoption by youth has prompted concerns about the safety issues they face when they go online, such as being hurt by a stranger, being exposed to pornographic or violent content, and bullying or being bullied. danah boyd (Microsoft Research) and Eszter Hargittai (Northwestern) discuss their Policy and Internet paper Connected and concerned: Variation in parents’ online safety concerns, showing how parental concerns about online safety issues vary significantly by background—notably race and ethnicity, income, metropolitan status, and political ideology. 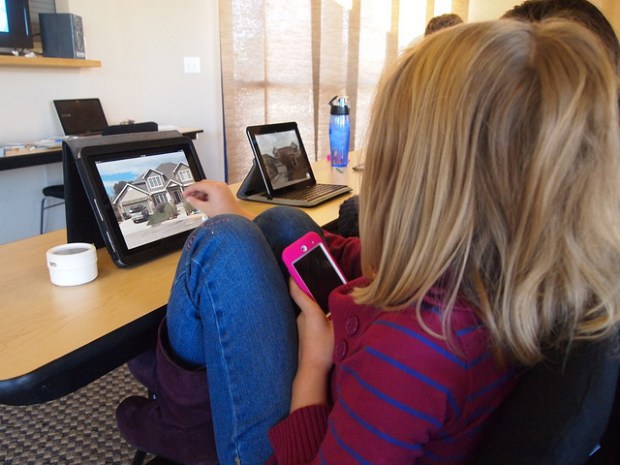 Ed: You’ve spent a great deal of time studying the way that children and young people use the Internet, much of which focuses on the positive experiences that result. Why do you think this is so under-represented in public debate?

The public has many myths about young people’s use of technology. This is often perpetuated by media coverage that focuses on the extremes. Salacious negative headlines often capture people’s attention, even if the practices or incidents described are outliers and do not represent the majority’s experiences. While focusing on extremely negative and horrific incidents is a great way to attract attention and get readers, it does a disservice to young people, their parents, and ultimately society as a whole.

As researchers, we believe that it’s important to understand the nuances of what people experience when they engage with technology. Thus, we are interested in gaining a better understanding of their everyday practices — both the good and the bad. Our goal is to introduce research that can help contextualize socio-technical practices and provide insight into the diversity of viewpoints and perspectives that shape young people’s use of technology.

Ed: Your paper suggests we need a more granular understanding of how parental concerns relating to the Internet can vary across different groups. Why is this important? What are the main policy implications of this research?

Parents are often seen as the target of policy interventions. Many lawmakers imagine that they’re designing laws to help empower parents, but when you ask them to explain which parents they are empowering, it becomes clear that there’s an imagined parent that is not always representative of the diverse views and perspectives of all parents. We’re not opposed to laws that enable parents to protect their children, but we’re concerned whenever a class of people, especially a class as large as “parents,” is viewed as homogenous.

Parents have different and often conflicting views about what’s best for their children or for children writ large. This creates a significant challenge for designing interventions that are meant to be beneficial and applicable to a diverse group of people. What’s beneficial or desirable to one may not be positively received by another. More importantly, what’s helpful to one group of parents may not actually benefit parents or youth as a whole. As a result, we think it’s important to start interrogating assumptions that underpin technology policy interventions so that policymakers have a better understanding of how their decisions affect whom they’re hoping to reach.

Ed: What did your study reveal, and in particular, where do you see the greatest differences in attitudes arising? Did it reveal anything unexpected?

The most significant take-away from our research is that there are significant demographic differences in concerns about young people. Some of the differences are not particularly surprising. For example, parents of children who have been exposed to pornography or violent content, or who have bullied or been bullied, have greater concern that this will happen to their child. Yet, other factors may be more surprising. For example, we found significant racial and ethnic differences in how parents approach these topics. Black, Hispanic, and Asian parents are much more concerned about at least some of the online safety measures than Whites, even when controlling for socioeconomic factors and previous experiences.

While differences in cultural experiences may help explain some of these findings, our results raise serious questions as to the underlying processes and reasons for these discrepancies. Are these parents more concerned because they have a higher level of distrust for technology? Because they feel as though there are fewer societal protections for their children? Because they feel less empowered as parents? We don’t know. Still, our findings challenge policy-makers to think about the diversity of perspectives their law-making should address. And when they enact laws, they should be attentive to how those interventions are received. Just because parents of colour are more concerned does not mean that an intervention intended to empower them will do so. Like many other research projects, this study results in as many — if not more — questions than it answers.

Ed: Are parents worrying about the right things? For example, you point out that ‘stranger danger’ registers the highest level of concern from most parents, yet this is a relatively rare occurrence. Bullying is much more common, yet not such a source of concern. Do we need to do more to educate parents about risks, opportunities and coping?

Parental fear is a contested issue among scholars and for good reason. In many ways, it’s a philosophical issue. Should parents worry more about frequent but low-consequence issues? Or should they concern themselves more with the possibility of rare but devastating incidents? How much fear is too much fear? Fear is an understandable response to danger, but left unchecked, it can become an irrational response to perceived but unlikely risks. Fear can prevent injury, but too much fear can result in a form of protectionism that itself can be harmful. Most parents want to protect their children from harm but few think about the consequences of smothering their children in their efforts to keep them safe. All too often, in erring on the side of caution, we escalate a societal tendency to become overprotective, limiting our children’s opportunities to explore, learn, be creative and mature. Finding the right balance is very tricky.

People tend to fear things that they don’t understand. New technologies are often terrifying because they are foreign. And so parents are reasonably concerned when they see their children using tools that confound them. One of the best antidotes to fear is knowledge. Although this is outside of the scope of this paper, we strongly recommend that parents take the time to learn about the tools that their children are using, ideally by discussing them with their children. The more that parents can understand the technological choices and decisions made by their children, the more that parents can help them navigate the risks and challenges that they do face, online and off.

Ed: On the whole, it seems that parents whose children have had negative experiences online are more likely to say they are concerned, which seems highly appropriate. But we also have evidence from other studies that many parents are unaware of such experiences, and also that children who are more vulnerable offline, may be more vulnerable online too. Is there anything in your research to suggest that certain groups of parents aren’t worrying enough?

As researchers, we regularly use different methodologies and different analytical angles to get at various research questions. Each approach has its strengths and weaknesses, insights and blind spots. In this project, we surveyed parents, which allows us to get at their perspective, but it limits our ability to understand what they do not know or will not admit. Over the course of our careers, we’ve also surveyed and interviewed numerous youth and young adults, parents and other adults who’ve worked with youth. In particular, danah has spent a lot of time working with at-risk youth who are especially vulnerable. Unfortunately, what she’s learned in the process — and what numerous survey studies have shown — is that those who are facing some of the most negative experiences do not necessarily have positive home life experiences. Many youth face parents who are absent, addicts, or abusive; these are the youth who are most likely to be physically, psychologically, or socially harmed, online and offline.

In this study, we took parents at face value, assuming that parents are good actors with positive intentions. It is important to recognise, however, that this cannot be taken for granted. As with all studies, our findings are limited because of the methodological approach we took. We have no way of knowing whether or not these parents are paying attention, let alone whether or not their relationship to their children is unhealthy.

Although the issues of abuse and neglect are outside of the scope of this particular paper, these have significant policy implications. Empowering well-intended parents is generally a good thing, but empowering abusive parents can create unintended consequences for youth. This is an area where much more research is needed because it’s important to understand when and how empowering parents can actually put youth at risk in different ways.

Ed: What gaps remain in our understanding of parental attitudes towards online risks?

As noted above, our paper assumes well-intentioned parenting on behalf of caretakers. A study could explore online attitudes in the context of more information about people’s general parenting practices. Regarding our findings about attitudinal differences by race and ethnicity, much remains to be done. While existing literature alludes to some reasons as to why we might observe these variations, it would be helpful to see additional research aiming to uncover the sources of these discrepancies. It would be fruitful to gain a better understanding of what influences parental attitudes about children’s use of technology in the first place. What role do mainstream media, parents’ own experiences with technology, their personal networks, and other factors play in this process?

Another line of inquiry could explore how parental concerns influence rules aimed at children about technology uses and how such rules affect youth adoption and use of digital media. The latter is a question that Eszter is addressing in a forthcoming paper with Sabrina Connell, although that study does not include data on parental attitudes, only rules. Including details about parental concerns in future studies would allow more nuanced investigation of the above questions. Finally, much is needed to understand the impact that policy interventions in this space have on parents, youth, and communities. Even the most well-intentioned policy may inadvertently cause harm. It is important that all policy interventions are monitored and assessed as to both their efficacy and secondary effects.