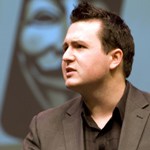 We are surrounded by simple online participatory processes asking for our opinions through one-click online petitions, content sharing, and social buttons. Max Halupka discusses his article Clicktivism: A Systematic Heuristic, published in Policy & Internet, which argues that this so-called “clicktivism” is a legitimate political act. However, he argues that these acts have been largely marginalized in the mainstream political science literature, and as a result, new modes of participation that draw upon the simplification of social connectivity are being ignored. 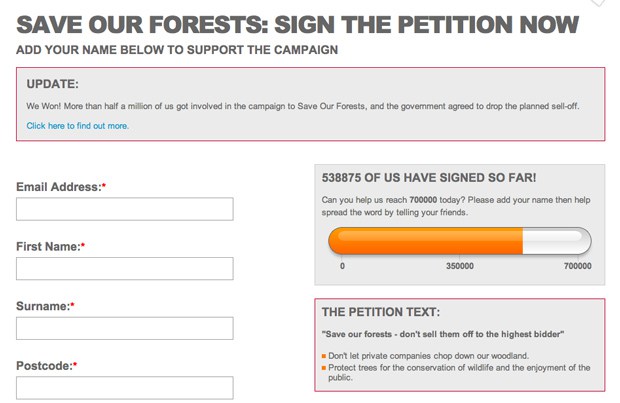 Following a furious public backlash in 2011, the UK government abandoned plans to sell off 258,000 hectares of state-owned woodland. The public forest campaign by 38 Degrees gathered over half a million signatures.

How do we define political participation? What does it mean to say an action is ‘political’? Is an action only ‘political’ if it takes place in the mainstream political arena; involving government, politicians or voting? Or is political participation something that we find in the most unassuming of places, in sports, home and work? This question, ‘what is politics’ is one that political scientists seem to have a lot of trouble dealing with, and with good reason. If we use an arena definition of politics, then we marginalise the politics of the everyday; the forms of participation and expression that develop between the cracks, through need and ingenuity. However, if we broaden our approach as so to adopt what is usually termed a process definition, then everything can become political. The problem here is that saying that everything is political is akin to saying nothing is political, and that doesn’t help anyone.

Over the years, this debate has plodded steadily along, with scholars on both ends of the spectrum fighting furiously to establish a working understanding. Then, the Internet came along and drew up new battle lines. The Internet is at its best when it provides a home for the disenfranchised, an environment where like-minded individuals can wipe free the dust of societal disassociation and connect and share content. However, the Internet brought with it a shift in power, particularly in how individuals conceptualised society and their role within it. The Internet, in addition to this role, provided a plethora of new and customisable modes of political participation. From the onset, a lot of these new forms of engagement were extensions of existing forms, broadening the everyday citizen’s participatory repertoire. There was a move from voting to e-voting, petitions to e-petitions, face-to-face communities to online communities; the Internet took what was already there and streamlined it, removing those pesky elements of time, space and identity.

Yet, as the Internet continues to develop, and we move into the ultra-heightened communicative landscape of the social web, new and unique forms of political participation take root, drawing upon those customisable environments and organic cyber migrations. The most prominent of these is clicktivism, sometimes also, unfairly, referred to as slacktivism. Clicktivism takes the fundamental features of browsing culture and turns them into a means of political expression. Quite simply, clicktivism refers to the simplification of online participatory processes: one-click online petitions, content sharing, social buttons (e.g. Facebook’s ‘Like’ button) etc.

For the most part, clicktivism is seen in derogatory terms, with the idea that the streamlining of online processes has created a societal disposition towards feel-good, ‘easy’ activism. From this perspective, clicktivism is a lazy or overly-convenient alternative to the effort and legitimacy of traditional engagement. Here, individuals engaging in clicktivism may derive some sense of moral gratification from their actions, but clicktivism’s capacity to incite genuine political change is severely limited. Some would go so far as to say that clicktivism has a negative impact on democratic systems, as it undermines an individual’s desire and need to participate in traditional forms of engagement; those established modes which mainstream political scholars understand as the backbone of a healthy, functioning democracy.

This idea that clicktivism isn’t ‘legitimate’ activism is fuelled by a general lack of understanding about what clicktivism actually involves. As a recent development in observed political action, clicktivism has received its fair share of attention in the political participation literature. However, for the most part, this literature has done a poor job of actually defining clicktivism. As such, clicktivism is not so much a contested notion, as an ill-defined one. The extant work continues to describe clicktivism in broad terms, failing to effectively establish what it does, and does not, involve. Indeed, as highlighted, the mainstream political participation literature saw clicktivism not as a specific form of online action, but rather as a limited and unimportant mode of online engagement.

However, to disregard emerging forms of engagement such as clicktivism because they are at odds with long-held notions of what constitutes meaningful ‘political’ engagement is a misguided and dangerous road to travel. Here, it is important that we acknowledge that a political act, even if it requires limited effort, has relevance for the individual, and, as such, carries worth. And this is where we see clicktivism challenging these traditional notions of political participation. To date, we have looked at clicktivism through an outdated lens; an approach rooted in traditional notions of democracy. However, the Internet has fundamentally changed how people understand politics, and, consequently, it is forcing us to broaden our understanding of the ‘political’, and of what constitutes political participation.

The Internet, in no small part, has created a more reflexive political citizen, one who has been given the tools to express dissatisfaction throughout all facets of their life, not just those tied to the political arena. Collective action underpinned by a developed ideology has been replaced by project orientated identities and connective action. Here, an individual’s desire to engage does not derive from the collective action frames of political parties, but rather from the individual’s self-evaluation of a project’s worth and their personal action frames.

Simply put, people now pick and choose what projects they participate in and feel little generalized commitment to continued involvement. And it is clicktivism which is leading the vanguard here. Clicktivism, as an impulsive, non-committed online political gesture, which can be easily replicated and that does not require any specialized knowledge, is shaped by, and reinforces, this change. It affords the project-oriented individual an efficient means of political participation, without the hassles involved with traditional engagement.

This is not to say, however, that clicktivism serves the same functions as traditional forms. Indeed, much more work is needed to understand the impact and effect that clicktivist techniques can have on social movements and political issues. However, and this is the most important point, clicktivism is forcing us to reconsider what we define as political participation. It does not overtly engage with the political arena, but provides avenues through which to do so. It does not incite genuine political change, but it makes people feel as if they are contributing. It does not politicize issues, but it fuels discursive practices. It may not function in the same way as traditional forms of engagement, but it represents the political participation aspirations of the modern citizen. Clicktivism has been bridging the dualism between the traditional and contemporary forms of political participation, and in its place establishing a participatory duality.

Clicktivism, and similar contemporary forms of engagement, are challenging how we understand political participation, and to ignore them because of what they don’t embody, rather than what they do, is to move forward with eyes closed.

Max Halupka is a PhD candidate at the ANZOG Institute for Governance, University of Canberra. His research interests include youth political participation, e-activism, online engagement, hacktivism, and fluid participatory structures.