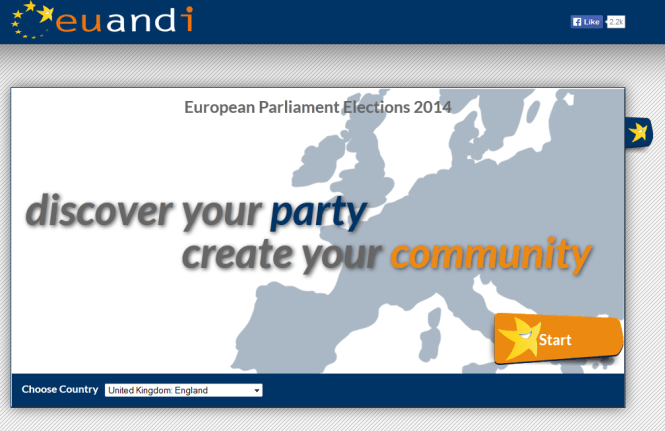 Just wanted to put up a quick plug for the euandi voting advice application [VAA] which has recently been launched by the European University Institute. I was one of the 100 or so political scientists across Europe who got together to produce the application. Fill in a short questionnaire and it will tell you the extent to which other parties share your values (both in your country and across Europe), as well as telling you which other areas in Europe contain like minded individuals. 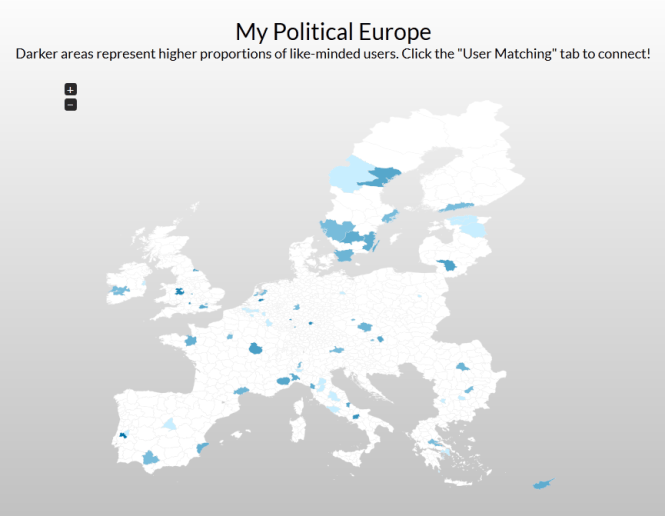 There are lots of VAAs around at the moment; the novelty with this one is that there is the option to then go on to connect to people with similar political views through Facebook, with the aim of (for example) getting a European Citizens’ Initiative started. Overall aim is to promote more transnational politics in the European Parliament elections, which are at the moment almost overwhelmingly dominated by national political concerns. Pretty neat stuff and it will be interesting to see what comes of it over the next month or so.