Skip down to main content
Published on
13 May 2021
Written by
Tom C. Varghese

On the morning of February 24, 2020, Beijing Normal University (BNU) started a new semester with its traditional flag-raising ceremony. The Spring semester had been postponed several weeks due to COVID-19, and students had not been able to return to BNU. The campus was empty, yet online classrooms were full. More than 3,000 courses had been planned for the semester, involving over a thousand faculty members and tens of thousands of students. For the first time in its history, all courses at BNU’s 30 schools and faculties were delivered online.

The semester started only three weeks after the Ministry of Education had issued its guidance requiring colleges and universities to implement online education. In the months to follow, similar transitions would be replicated by institutions of higher education across the world. While the shift to online education also raised significant challenges for BNU students, what remains unique about the effort by many Chinese universities is the pace and scale at which it was done, fuelled by a booming edtech industry.

For several years already, China has been a global leader in edtech with the implementation of AI-based personalised learning solutions. Out of the 20 edtech unicorns (private companies valued over USD 1 billion) worldwide, 8 are from China alongside US companies such as Udemy, Duolingo and Coursera. At the top of the list stands Yuanfudao, a company offering a range of education services including an online class platform, a question bank and math review.

Compared to its Western kins, it stands out in several ways. Firstly, Yuanfudao has a significant physical presence with more than 30,000 employees at teaching centres across China. The company has also invested significantly in AI, having set up an AI research institute with elite schools including Tsinghua University. Finally, it has massive scale with 400 million students using their apps across China. All of the above factors serve to reinforce Yuanfudao’s online education services.

Besides companies like Yuanfudao, there is a broader ecosystem of services which support online education including direct competitors, but also a host of other companies offering different combinations of communication services, social media, video conferencing services, virtual classroom solutions and learning management systems that all to some extent compete and complement each other. Coupled with a cultural propensity to prioritise and spend on education, innovation and investment in the edtech sector in China has been growing for several years.

What made the transition to online learning in early 2020 relatively successful was not only building on the existing edtech ecosystem, but years of investing in infrastructure, forward-looking policies and ICT tools for colleges and universities.

For starters, there are approximately one billion internet users in China, according to the Government’s own figures. While internet networks across the country are fairly impressive, one of the immediate steps by the authorities was to involve the telecom companies to ensure capacity to provide bandwidth-heavy online education services. In some cases, the universities themselves have negotiated deals with telecom providers to subsidise the data plans of its faculty and students.

Furthermore, in 2017 the State Council released a roadmap to become a world leader in AI, particularly in the education sector. Since then, both implementing AI solutions in

education technologies and teaching AI in schools and universities became a top priority. Supported by tax incentives for investments in AI and student learning, investors have been encouraged to fund innovations while schools and parents have been urged to explore new modes of learning. When the pandemic hit China, there was already a policy foundation in place for partnerships to form quickly between national and local government, private sector and civil society, exemplified by the launch of a national cloud-platform for educational resources and public service serving millions of visitors simultaneously during the Spring semester.

Finally, universities had for several years been improving their own technical preparedness for online learning. An example is Zhejiang University, which since 2018 had built a wide spectrum of smart classrooms, equipped with audio recognition and simultaneous interpretation. In the weeks leading up to the school opening, 200 smart classrooms had been quickly put in place for teachers to shoot video courses or live stream 5,000 courses. The President of the University, Mr We Zhaohui, has pointed out that while they prepared for the worst, they are also trying to turn the crisis into an opportunity.

Similar to how China’s transition to online education was spurred by the ecosystem already in place to advance the sector, we can also expect the new products, policies and partnerships formed in this crucial period to further advance the country’s role as a global leader in edtech. 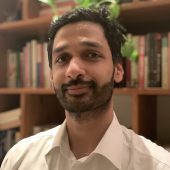