It is a great pleasure to announce that that the 2018 MSc Thesis Prize has been awarded to Aaron Gluck-Thaler, for his thesis titled “Recursive Vulnerabilities: Toward a Genealogy of Automated Security”.

Aaron said: “I am deeply honoured to receive the Thesis Prize. This thesis is a direct outgrowth of a year of collaborative thinking, learning, and research. Studying at the Oxford Internet Institute afforded me the rare privilege of engaging with a group of multidisciplinary scholars and brilliant graduate students. I am indebted to them for their advice and influence on my work. I am particularly grateful to my supervisor, Dr. Huw C. Davies, for seeing promise in this project and for his essential guidance throughout.

It is gratifying to see research into the political stakes and historical significance of automating state security programs being acknowledged, especially as these practices are increasingly obscured from public scrutiny. I am thankful for the Oxford Internet Institute’s support of research into this emergent area of inquiry.”

In congratulating him, Aaron’s supervisor Dr Huw Davies said: “Pre-modern times were confusing for us: we used to appeal to the unknowable minds of supernatural powers to protect our civilisations from mercurial threats, such as pestilence, that we didn’t have the tools to understand. Aaron’s thesis explains that, today, we turn to the (in many ways equally inscrutable) power of technology to recognise and neutralise the (often equally confounding) modern threats to civilisation: hostile, technologically equipped states and tech savvy-terrorists. He illustrates how the claimed power of technology to deliver us from danger grows directly proportional to the imagined potential of our enemies to penetrate our defences. This, Aaron demonstrates, leads to colossal spending on government projects that arrive pre-equipped with the socio-technical bugs that will cause their failure. Aaron’s unique contribution is use two case studies to develop a rigorous, sociologically informed methodology to de-mythologise government defence technology. He shows us that, despite its promise to transcend our capabilities, this technology is the product of all too fallible human agency that is mobilised within the inescapable interplay of power, money, politics and the counterproductive incentives that are structured into North American governmental systems: effectively, he takes automated defence technology out its ‘black box’. Aaron’s work is a surpassing achievement that deserves a wide readership.”

The Board of Examiners also acknowledged another thesis by ‘Highly Commending’ the work of Jazza McMillan-Clenaghan, whose thesis is titled ‘Unionise Your Self: Collective Action and Worker Mobilisation Among Digital Content Creators on YouTube’. 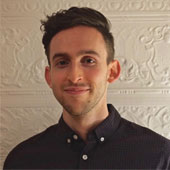 Aaron Gluck Thaler is a Rhodes Scholar at the Oxford Internet Institute. His research focuses on cybersecurity, social movements, and surveillance. Aaron received his B.Eng. from McGill University. 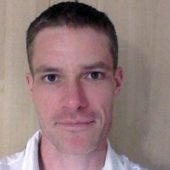 Huw's interests and projects can be broadly described as digital sociology - the study of how society shapes technology and vice versa, with ongoing collaboration with Rebecca Eynon. 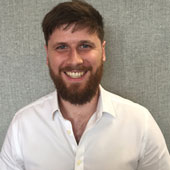 Jazza McMillan-Clenaghan is a part time MSc student at the OII.