This is the second in a series of Brussels based seminars organized by the Oxford Internet Institute with the support of Google, which has provided its office in Brussels as a venue to help stimulate and inform debate about the future of the Internet and the issues of policy and practice that are raised. The seminar will feature two short talks, each followed by questions from the floor on the data and issues raised by the speakers.

The Internet and Corporate Legal Services

Tony Wales will discuss the changing role of in-house lawyers in the online world and the growing importance of the General Counsel as a key agent of change.

In the past, the in-house lawyer may have acted as a mere intermediary between the business and its external legal advisors, routinely distributing work to outside law firms commanding exorbitant hourly rates. With Internet access to multiple resources, and recession-driven pressure for maximizing efficiencies, today’s in-house lawyers are expected to play a far more proactive role.

As integral members of the corporate business team, they are expected to manage risk, add value and … above all … find quick, workable solutions for immediate implementation. And, with readily available online tools, they are increasingly expected to take the initiative themselves rather than pass the work to outside counsel.

As the head of the legal function, the General Counsel is primarily responsible for managing this transformation and, as the gatekeeper for links with outside counsel, has a key role in framing the future business environment for law firms.

The Internet and the Future of Legal Services

Professor Richard Susskind will discuss the future role of lawyers and the administration of justice in a society. He will suggest that the global recession is bringing about an irreversible change to the legal market, one that will define the next decade of legal service. He will explain why and how some (but not all) legal service will become commoditised.

Next, he will introduce two concepts – decomposing and multi-sourcing – that he believes will underpin the work of tomorrow’s lawyers. Then, pulling various strands of thinking together, he will explain the role that information technology and the Internet will play in transforming legal service.

He will conclude by arguing that the shape of legal businesses and legal service will change in coming years, and by outlining new jobs for the next generation of lawyers. 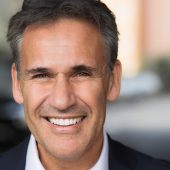 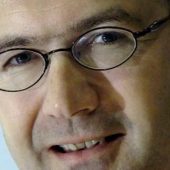 Tony Wales was appointed as General Counsel of AOL International in June 2007, responsible for the company's worldwide legal affairs outside the US. During this time he has been instrumental in the launch of new businesses in 31 territories.