Walls and the West Bank 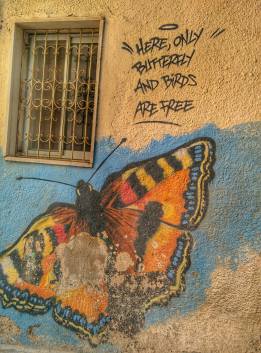 I have just returned from the 7th International Conference on Critical Geography in Ramallah in the West Bank. The decision to hold the conference in Ramallah was a bold one (explained in more detail on the conference web site). I was told that this is the first international academic conference not specifically related to regional issues ever held in the Palestinian Territories.

Joe Shaw and I gave a paper titled: “An Informational Right to the City? Code, Content, and Control of Urbanised Information.” The paper applies Lefebvre’s ‘right to the city’ idea and Tony Benn’s five questions of democracies to the control that Google exerts upon everyday urban life. We’ll have a sharable paper draft soon. In the meantime, you can see a video of our much earlier version of the talk here: ‘Code, Content, and Control: Global Geographies of Digital Participation and Representation.’

While I had read a lot about the occupation in the West Bank, it was the almost ubiquitous presence of walls that struck me most during my time in the region. Walls are everywhere. They facilitate easy movement for settlers and the Israeli military (in part because they often surround roads that are for Israeli-use only), and they severely hinder the movement of Palestinians. 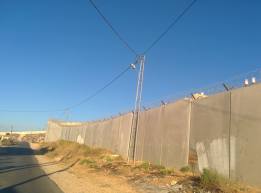 The walls are often accompanied by checkpoints and watchtowers. Constant reminders that not only are Palestinians subject to a severe limitation of mobility, but also to the panoptic gaze of occupying forces. 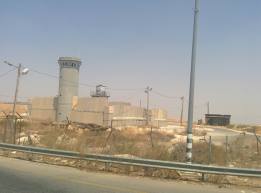 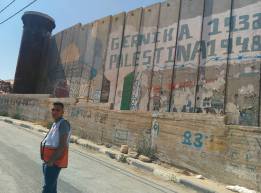 A journalist in the Aida refugee camp told us of frequent Israeli incursions into the camp at night. The journalist himself had been shot in the face for filming one of the night-time raids. He also spoke of how some children feared to play outside in the shadow of the watchtowers (you can never tell if you are being watched from them), and how others treated the raids as a normal part of everyday existence (he showed a video of two young boys playing computer games in an internet cafe whilst Israeli forces locked down the streets and assaulted residents outside). I wasn’t clear which of the two reactions that local children had was more upsetting. 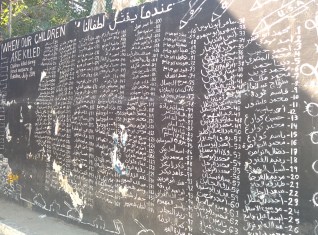 The walls and the watchtowers, and the settlements and soldiers behind them, instil a deep sense of hopelessness about the ongoing Israeli colonial project. There is a slow strangling, and a gulf in power between both sides of this conflict. We saw this in a small village on the outskirts of Bethlehem. Sitting on top of the rubble of one of many Palestinian houses in the area demolished by the Israeli military, we spoke with an old man who had lived in the area since the beginning of the occupation. From the rubble, we could see Israeli settlements, more demolished Palestinian houses, and Israeli walls that were slowly cutting off this village from the rest of the world. But there remained a sense of defiance: perhaps, in part, because of a total lack of alternatives. 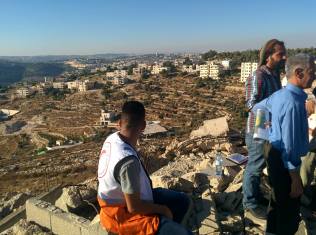 The man that we spoke to on that pile of rubble urged us to share these stories with the rest of the world. In between hopelessness and a refusal to give up, he felt that change in the region could not just come from within. It also required outside powers (and the people who elect them) to better understand what is going on in the region.

And this brings me to the question that I asked to the locals whenever possible. I wondered what it was people could do in the contexts of such stark power imbalances and such profound injustice. How is it possible to resist and to work towards a more just future? 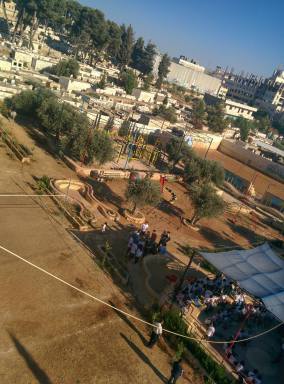 It is when we were looking down from a rooftop in the Aida refugee camp that the juxtaposition between despair and defiance became most obvious. From that rooftop, we could see four watchtowers, security walls in every direction, and prosperous-looking Israeli settlements on hilltops. In the shadow of those walls were children playing and an old man watering some young trees. Our guide thought about my question about resistance, and the relative powerlessness of the people around us compared to those on the other side of the walls, and responded that “to exist is to resist.”

His vision was that more people living in countries like the US and the UK, whose governments provide a disproportionate amount of support to the Israeli state rather than the Palestinian people, will ultimately come to see the many injustices being perpetrated in the region. That more stories about the lives of Palestinians in camps like Aida will travel over the walls that fence them in.

In our age of increasing connectedness, his vision gives me hope. If more organisations like the International Critical Geography Group decide to deliberately engage with a part of the world locked away by barriers and checkpoints, those walls might become slightly less solid.