Understanding low and discontinued Internet use amongst young people in Britain 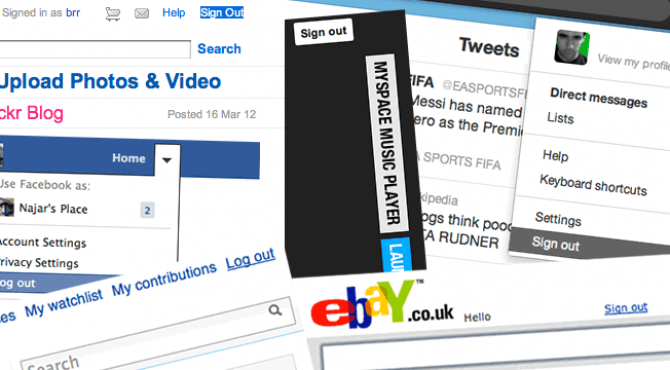 OII Research Fellow Dr Rebecca Eynon discusses how the rhetoric around young people’s uses of technology is leading to assumptions and practices that are likely to make some individuals even more excluded from society. The full report “On the Periphery? Understanding low and discontinued Internet use amongst young people in Britain” was funded by the Nominet Trust.

The Internet has become an important feature of the lives of the majority of young British people, providing them with another avenue to support their learning, inform their life choices about work and life opportunities, make and maintain friendships, and learn about and engage with the world around them. For many it is taken for granted. While the extent to which young people engage with the opportunities of the online world varies considerably, the majority of this age group can be considered to be within the digital mainstream. Indeed, in popular discourse many commentators assume that all young people are digitally included, and notions of the ‘google generation’ or ‘net gen’ continue to flourish.

However, the reality is far more nuanced and complex than this — when we empirically explore how young people really engage with the Internet and related technology we see a significant amount of diversity in how and why they use it, and the influences it has on their lives. We know from nationally representative survey data that around 10% of young people in the UK (aged 17–23) define themselves as people who no longer use the Internet, that is as ‘lapsed users’. This group is fascinating. Why do these people stop using the Internet given its prevalence and value in the lives of the majority of their peers? What difficulties do they face in being unable to connect properly with the online world?

The widely held and very powerful assumption by government, commercial organizations and the wider public that all young people are frequent and confident users of the Internet is clearly inaccurate. Worryingly, however, this public assumption that the current generation of youth is ‘born digital’ is so powerful that it has informed numerous policies and initiatives that determine young people’s lives. Furthermore, the majority of academic research investigating how young people access, use and experience the Internet actually focuses on those we might consider as belonging to the digital mainstream, with a relatively limited focus on those who do not use the Internet, or who use it in very limited ways. This is primarily because most of the work in this area is based on large scale surveys (which fail to pick up detail on minority groups) and because existing qualitative studies tend to focus on moderate to high-end Internet users, who are more willing to participate in academic studies; and who are also far easier to find and recruit.

A recent study undertaken by myself and Anne Geniets for the Nominet Trust examined why these young people are disconnected, how they think and feel about this disconnection, and the extent to which this is due to reasons of exclusion or choice. We also examined the implications for their daily lives and considered how the experiences of these young people could inform the UK’s digital inclusion strategy. Thirty-six in–depth interviews were undertaken with young people (aged 17-23) who considered themselves to be infrequent or lapsed Internet users.

We uncovered a complex set of reasons why these people are not online, including fear of bullying, literacy issues, poverty, lack of skills to use the Internet, and lack of access. However, we also found that the respondents generally recognised the huge importance of the Internet and the tangible benefits it brought to their (online) peers. Some were frustrated that they couldn’t join in; others were resigned about it. Only a few didn’t see the point of the Internet. When so much of today’s world is premised on effective use of the Internet to (for example) drive the economy and employment, this is worrying; particularly given the gap for these young people is only going to widen in the future. As more and more services both in and outside the public sector go ‘digital by default’, for example, when supermarkets only accept online applications, the relative disadvantage for this group increases.

It is therefore important to recognise that while the UK Government’s ‘digital by default’ strategy may be successful at encouraging the unwilling (but capable) online – such as many older users – it may not be appropriate for this group, who tend to be high users of government services but who for various reasons – cognitive, psychological, socio-cultural, physical and material – are still offline, despite recognising the Internet’s importance in the world around them. Perhaps most worrying (and something that was mentioned by many of our respondents) was that being young and therefore supposedly ‘digital’ – according to today’s societal norms – actually made it much harder for them to seek help. Simply recognising the fact that not all young people are digitally literate or active is important for the people who interact with them: for example teachers, potential employers, social workers, government employees, and job centre staff. We need to allow for the possibility that young people may need support in using the Internet, enable them to identify problems with their skill sets, and move forward with educational initiatives to ensure that all young people have an opportunity to fully explore the online world and develop the skills needed to support that process while they are still in education.

There were many surprises in this chronically under-researched group, particularly in what they understood by ‘Internet use’. Some defined themselves as non-users but still occasionally used email; others gave their email passwords to a friend to handle their accounts (which including writing emails) for them. This ambiguity surrounding user definitions of ‘use’ and ‘non-use’ should be recognised in future research on this topic; the concept of ‘meaningful use’ of the Internet should also be explored. In some ways this ambiguity offers something of a positive message: while these young people are well aware of their difference in relation to their peers, and do not consider themselves to be ‘proper’ Internet users, they are still sometimes able to access and use the Internet — if to a very limited extent. As this group is often willing to try to use the Internet, seeing it as a normal and necessary part of life, we believe that successful intervention is possible.

However, it was clear from the interviews that many of these young people where experiencing difficult situations — including homelessness, unemployment, bullying and increasing isolation. Being excluded from the Internet’s benefits means that these young people are probably even more likely to belong to a social ‘out–group’; and as social psychological research has shown, this can have a significant negative effect on identity development and the perception of self. For young people who are already disadvantaged this is obviously less than ideal. We need to encourage initiatives that develop and extend social capital for these young people, perhaps by facilitating connections between those who used to be outside the digital mainstream and those who are still outside it.

A good start might be to simply acknowledge that this group actually exists, and to adopt a more nuanced understanding of what it means to actually use the Internet in a meaningful way.