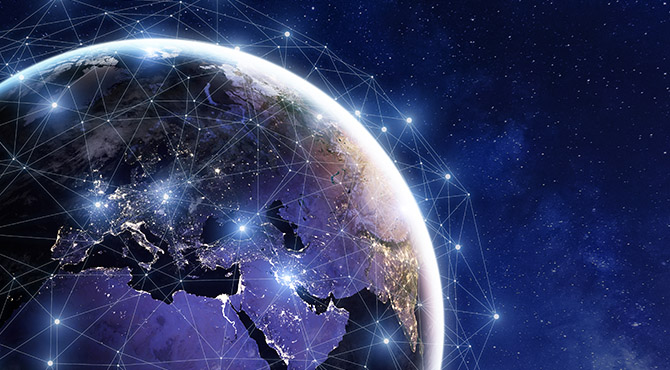 The stakes are high for Africa’s digital transformation, but the measurement of related changes is lacking behind. Sanna Ojanperä, DPhil student and researcher at the Oxford Internet Institute, University of Oxford, and at The Alan Turing Institute presents the case for change.

The transformative power of the information revolution is widely acknowledged, offering new economic and social opportunities for emerging economies.

Eager to tap into the opportunities potentially afforded by the information revolution, several African governments are embarking on a transformation into so called ‘knowledge-based’ economies. This generally entails adopting an increasing reliance on human capital and the use of information technologies whilst moving away from the primary sectors of the economy which presents challenges for regions where agriculture and manufacturing tend to dominate the economic structure.

Compounding the challenges underpinning this transformation is the fact that Sub-Saharan countries rarely feature in the assessment frameworks and indeces that measure the level of attainment or readiness to compete in the knowledge economy. These existing measures largely focus on countries in Europe and North America, at best including a handful of countries from Sub-Saharan Africa (SSA).

The fact that data about knowledge economies has its own geography, focusing on some parts of the world and excluding others, means that policy-makers in parts of the world with sparse data necessarily have to draw on the experiences of other or distant places when evaluating domestic opportunities and challenges.

Consequently, unless alternative metrics to measure knowledge economies are developed, policies and projects will continue to be largely reliant on the experiences of North America and Europe.  Using developments from elsewhere in the world to shape the restructuring of African economies with very different economic, institutional, political and social realities in reality might not be of much help. Furthermore, the existing indices rely on conventional data sources such as national statistics and expert surveys and do not include measures of individual knowledge creation, which makes them vulnerable to data quality, especially in the context of what some have termed Africa’s ‘statistical tragedy’, rendering them misaligned, focused on potential rather than action.

We propose the construction of a Digital Knowledge Economy Index (DKEI), quantified by way of measuring content creation and participation through digital platforms, namely the code sharing platform GitHub, the crowdsourced encyclopaedia Wikipedia, and Internet domain registrations and estimating a fifth sub-index for the World Bank Knowledge Economy Index (KEI).

This approach complements conventional data sources such as national statistics and expert surveys and helps reflect the underlying digital content creation, capacities, and skills of the population. An index that combines traditional and novel digitally-based data sources can provide a more revealing view of the status of the world’s digital knowledge economy and highlight where the (un)availability of digital resources may actually reinforce inequalities in the age of data.

We construct the DKEI by building on the KEI developed by the World Bank – chosen because of its high visibility and operational use on the field. Re-estimating the KEI with the inclusion of a digital participation sub-index tells a story about sub-Saharan Africa, whereby expectations about digital development and the information age are clearly not currently being met.

The DKEI rankings saw two thirds of countries in SSA fall in comparison to their ranking in the KEI, and the rate of this drop was higher on average than the increase in the ranking of those few sub-Saharan African countries that improved their KEI rank in the DKEI. Although a few countries in the region (such as Rwanda and Kenya) have invested heavily in digitalisation, their improved DKEI scores are an outlier within the region.

For the majority of sub-Saharan countries, including a measure of digital participation in the estimation of their attainment or preparedness for knowledge economy transformation seems to indicate challenges rather than prospects. This is a sobering reminder for policy and business circles, where knowledge economy visions are fuelled with hope and hype about the leapfrogging prospects of digitalisation.

Despite the centrality of information and communication technologies to the concept of the knowledge economy, the existing measurements lack reflection of digitally-based activities. This omission not only foregoes evaluation of the emerging digital economy not reflected in more traditional data sources, but also leads to potential miscalculations where the traditional data sources such as national statistical institutions (sometimes of questionable quality due to underfunding and lack of capacity) or expert opinion surveys don’t accurately reflect the realities on the ground.

While including data on digital participation offers novel insights into SSA’s efforts to build knowledge economies, these data are not without their limitations.  GitHub and Wikipedia do not enforce their users to indicate a country location. Domain registrations are subject to a variety of registration processes across the world, which makes it difficult to estimate the proportion of websites created from within countries whose domain names are popular with foreign users.

Although these limits require care in the analysis and interpretation of digital participation, the variables used remain important proxies and likely the best available measures for otherwise difficult to measure characteristics of the knowledge economy. Despite their limitations, these variables offer a unique perspective into digital participation, which we view as critical in exposing patterns of contemporary skills and knowledge. We strongly believe that the variables cited in our proposed approach should be included in estimation of knowledge economy attainment.

Fundamentally our work sheds light on new facets of the knowledge economy, challenging the idea that digital tools may be deepening rather than levelling inequalities and we hope that our contribution will help to inform and shape the debate on the future measurement of knowledge economy.

Read the full academic article first published in the Journal of Development Studies.