The scramble for Africa’s data 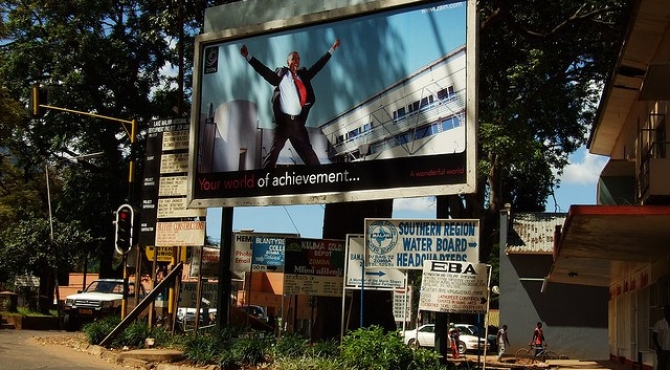 Africa is fast becoming a source of ‘big data’, however there are big holes in the governance of the technology. The OII’s Linnet Taylor asks what can incentivise African countries’ citizens and policymakers to address privacy in parallel with (rather than after) the collection of massive amounts of personal data, how to devise privacy framework models for groups with restricted access to technology, and how such a system can be participatory enough to be relevant to the needs of particular countries and populations. 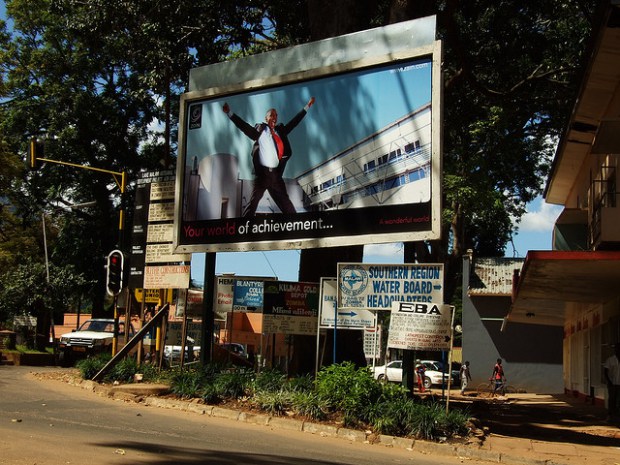 Africa is in the midst of a technological revolution, and the current wave of digitisation has the potential to make the continent’s citizens a rich mine of data. Intersection in Zomba, Malawi. Image by john.duffell.

After the last decade’s exponential rise in ICT use, Africa is fast becoming a source of big data. Africans are increasingly emitting digital information with their mobile phone calls, internet use and various forms of digitised transactions, while on a state level e-government starts to become a reality. As Africa goes digital, the challenge for policymakers becomes what the WRR, a Dutch policy organisation, has identified as ‘i-government’: moving from digitisation to managing and curating digital data in ways that keep people’s identities and activities secure.

On one level, this is an important development for African policymakers, given that accurate information on their populations has been notoriously hard to come by and, where it exists, has not been shared. On another, however, it represents a tremendous challenge. The WRR has pointed out the unpreparedness of European governments, who have been digitising for decades, for the age of i-government. How are African policymakers, as relative newcomers to digital data, supposed to respond?

There are two possible scenarios. One is that systems will develop for the release and curation of Africans’ data by corporations and governments, and that it will become possible, in the words of the UN’s Global Pulse initiative, to use it as a ‘public good’ – an invaluable tool for development policies and crisis response. The other is that there will be a new scramble for Africa: a digital resource grab that may have implications as great as the original scramble amongst the colonial powers in the late 19th century.

We know that African data is not only valuable to Africans. The current wave of digitisation has the potential to make the continent’s citizens a rich mine of data about health interventions, human mobility, conflict and violence, technology adoption, communication dynamics and financial behaviour, with the default mode being for this to happen without their consent or involvement, and without ethical and normative frameworks to ensure data protection or to weigh the risks against the benefits. Orange’s recent release of call data from Cote d’Ivoire both represents an example of the emerging potential of African digital data, but also the challenge of understanding the kind of anonymisation and ethical challenge that it represents.

I have heard various arguments as to why data protection is not a problem for Africans. One is that people in African countries don’t care about their privacy because they live in a ‘collective society’. (Whatever that means.) Another is that they don’t yet have any privacy to protect because they are still disconnected from the kinds of system that make data privacy important. Another more convincing and evidence-based argument is that the ends may justify the means (as made here by the ICRC in a thoughtful post by Patrick Meier about data privacy in crisis situations), and that if significant benefits can be delivered using African big data these outweigh potential or future threats to privacy. The same argument is being made by Global Pulse, a UN initiative which aims to convince corporations to release data on developing countries as a public good for use in devising development interventions.

There are three main questions: what can incentivise African countries’ citizens and policymakers to address privacy in parallel with the collection of massive amounts of personal data, rather than after abuses occur? What are the models that might be useful in devising privacy frameworks for groups with restricted technological access and sophistication? And finally, how can such a system be participatory enough to be relevant to the needs of particular countries or populations?

Regarding the first question, this may be a lost cause. The WRR’s i-government work suggests that only public pressure due to highly publicised breaches of data security may spur policymakers to act. The answer to the second question is being pursued, among others, by John Clippinger and Alex Pentland at MIT (with their work on the social stack); by the World Economic Forum, which is thinking about the kinds of rules that should govern personal data worldwide; by the aforementioned Global Pulse, which has a strong interest in building frameworks which make it safe for corporations to share people’s data; by Microsoft, which is doing some serious thinking about differential privacy for large datasets; by independent researchers such as Patrick Meier, who is looking at how crowdsourced data about crises and human rights abuses should be handled; and by the Oxford Internet Institute’s new M-Data project which is devising privacy guidelines for collecting and using mobile connectivity data.

Regarding the last question, participatory systems will require African country activists, scientists and policymakers to build them. To be relevant, they will also need to be made enforceable, which may be an even greater challenge. Privacy frameworks are only useful if they are made a living part of both governance and citizenship: there must be the institutional power to hold offenders accountable (in this case extremely large and powerful corporations, governments and international institutions), and awareness amongst ordinary people about the existence and use of their data. This, of course, has not really been achieved in developed countries, so doing it in Africa may not exactly be a piece of cake.

Notwithstanding these challenges, the region offers an opportunity to push researchers and policymakers – local and worldwide – to think clearly about the risks and benefits of big data, and to make solutions workable, enforceable and accessible. In terms of data privacy, if it works in Burkina Faso, it will probably work in New York, but the reverse is unlikely to be true. This makes a strong argument for figuring it out in Burkina Faso.

Some may contend that this discussion only points out the massive holes in the governance of technology that prevail in Africa – and in fact a whole other level of problems regarding accountability and power asymmetries. My response: Yes. Absolutely.

Linnet Taylor’s research focuses on social and economic aspects of the diffusion of the internet in Africa, and human mobility as a factor in technology adoption (.. read her blog). Her doctoral research was on Ghana, where she looked at mobility’s influence on the formation and viability of internet cafes in poor and remote areas, networking amongst Ghanaian technology professionals and ICT4D policy. At the OII she works on a Sloan Foundation funded project on Accessing and Using Big Data to Advance Social Science Knowledge.