The Geography of #StandWithWendy Tweets 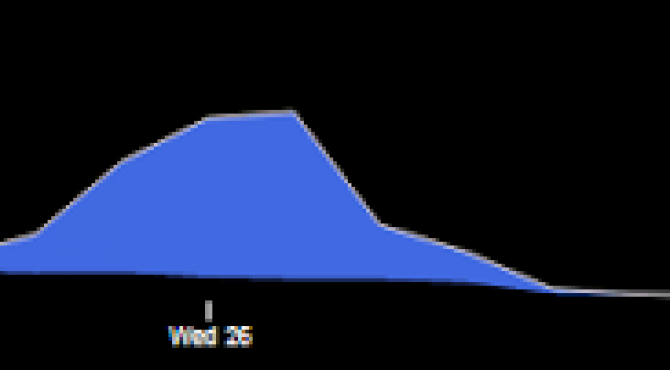 The filibuster by Texas State Senator Wendy Davis on June 25th to block a new piece of legislation that would have resulted in many more restrictions on abortion in Texas brought a lot of attention to the Lone Star state this week. Day-long filibusters, parliamentary machinations, vocal protesters, and changing the time stamps on votes all make for great political theater, even more so as it involves a highly contentious issue and inter-party fights. From our perspective, one of the most compelling elements of this story was the strong response within social media (including Twitter) that this event engendered. In the course of a few hours, tens (or even hundreds) of thousands of tweets were sent using the hashtag #standwithwendy in order to show their support for the senator’s efforts.

We collected all geocoded tweets from June 25th and 26th that contained the text “standwithwendy”, resulting in a dataset of 3,702 tweets. Although we are primarily interested in the spatial dimension of tweeting activity, the way this event played out over time is particularly interesting. Using our dataset, one can see how this event – or at least its reflection in Twitterspace – started building around 8pm on the 25th and peaking around midnight as the deadline for the special session neared, though it maintained momentum well into the early hours of the 26th when the legislative session was officially declared over and the bill defeated.

Source: DOLLY, n = 3702 #StandWithWendy tweets on June 25th and 26th, 2013; Normalized by the total number of tweets sent during the same time period; The peak is at ~700 tweets right around midnight
Returning to our primary interest in the spatial distribution of tweets, it should come as no surprise that Texas had by far the most tweets, around a thousand in all, or 28.7% of all tweets with the aforementioned hashtag. While Texas is home to six of the twenty largest cities in the US, and thus is likely to have a significant number of tweets based on its population alone, the state is over-represented in the corpus of #StandWithWendy tweets by ~3.5x, relative to its share of the total US population (Texas constitutes around 8% of the country’s population), so there is an obvious localizing effect that comes with being the epicenter of this debate. But the phenomenon was far from limited to Texas, with many tweets coming from around the country, though the rest of these tweets much more closely resemble the distribution of population.
Percentage of Tweets by State (blue text) & Location of Each Tweet (pink dot)
The spatial differences are particularly telling when one looks not just at the raw number of tweets, but rather a value normalized by the total number of tweets sent during this time. Doing so allows us to avoid simply highlighting those places with a large number of people by comparing a given place’s production of #StandWithWendy tweets relative to its ‘usual’ tweet output.
The map below shows this normalized distribution. Darker shaded states have relatively more tweets containing #StandWithWendy than the national average, and lighter states have relatively fewer tweets.  The darker the shading the greater the intensity. That Texas remains shaded dark grey in this map is further indication of the above point that its high volume of tweets in this case goes beyond simply its mass of population, while it becomes evident that the large amount of tweeting in California and New York is more dependent on its population than on any unusual interest in the issue by users in those states. South Carolina and Kentucky were the biggest standouts in terms of having relatively few tweets on the subject.
Geographic Distribution of Relative Frequency of
Tweets Containing #StandWithWendy at the State Level
Overall, there seems to be a general pattern of more tweets in the Northeast, Upper Great Plains and West Coast, while states in the Southeast, Mid-Atlantic, Midwest and Southwest have relatively fewer.  But as this is a quick analysis, we’d caution against reading too much into this.

We can also look into the relative amount of tweets at the county level. The map below shows a small section of the country from Texas to South Carolina. One can see that Austin, the location of the state capitol and Senator Davis’ filibuster, is very over represented in the number of tweets, as are many other places in Texas. One of the most interesting patterns is within larger metropolitan areas in which the level of tweeting activity around #StandWithWendy varies widely between neighboring counties, as in Atlanta.