The end of ideology? Big data and decision-making in politics 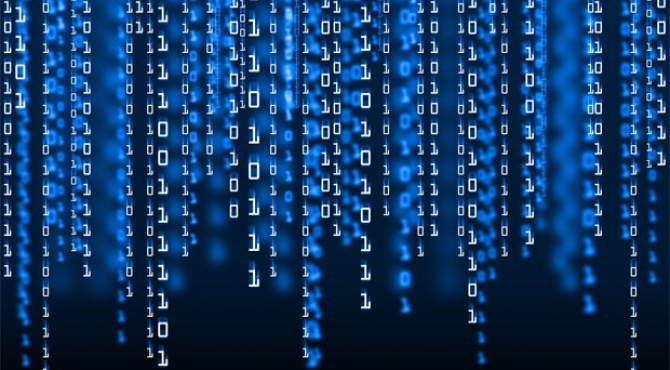 Throughout most of the 20th century, one leader or ruling party tried to frame the policy visions of the future and then act upon them. Mostly, ideology and simple heuristics were used to accomplish this goal which led to clear slogans, e.g. supporting a free market economy, lowering taxes or investing in education and other public goods. Above all, it was beneficial for two reasons. Firstly, it allowed the political leader(s) to reduce uncertainty by having a long-term agenda. Secondly, it could be used to justify themselves towards their constituents.

However, we are currently witnessing a shift in western politics that has several symptoms. I will focus on three of them. Firstly, the formerly distinguishable profile between right-wing and left-wing parties is eroding. As a result, several European democracies are observing political tendencies towards the “middle” of society, where politicians are trying to appeal to as large a voter basis as possible. Secondly, the threshold of expertise in certain areas has become so high, that only a few people seem to be able to understand specific problems and design solutions. Thirdly, the scope of political agendas, visionary ideas or ideological slogans has been reduced significantly. Previously, the agenda has been designed for the long-run, but now the fast-pacing global environment seems to dictate the political agenda which requires constant updates. The simplest example is the financial crisis.

In Germany, the current chancellor Merkel is responding to this challenge by planning for the short-term and (re)adjusting to current problem(s), even if that means to contradict past comments. In response, the media mostly accuses the incumbent of being “pragmatic, yet without a vision” or “lacking courage”. However, these political judgments are using the wrong frame of analysis. It is not the politician that is lacking courage. It is the circumstances that have become overly complex. The predictability of political visions has been sacrificed in order to ensure short-term predictability. As a result, the interconnectedness of social, economic and political problems does not allow politicians to force their agenda upon reality anymore. The empirical glimpse that experts are getting from using large data-sets and algorithmic analysis shows, that simple recipes and ideological slogans won’t suffice to solve problems. Although far away from being perfect, the analysis of big data exposes the simplicity of ideological slogans, e.g. “raise taxes” or “cut benefits”, on all sides of the political spectrum. The slogans are just not cutting it anymore and people are losing faith in the political system.

In short: the crisis symptoms of the political class, where leaders make false promises or contradict themselves, are most likely due to an overly complex reality that is much more prone to the use of algorithmically based decision-making than to human errors. It is therefore no coincidence that the application of algorithms and big data is increasing at the same time than the political “courage” is decreasing.

If this analysis holds, then there are several conclusions to be drawn. Firstly, the era of individual leaders with big visions is likely to be over. This includes the political trench wars and ideological phrasing of certain problems. So far, visions and agendas have been useful as a political compass. In the current environment, however, they can be harmful artefacts of the time when leaders had to reduce uncertainty by acting under unknown conditions. This was necessary because in a situation with lots of unknown variables you could rely on a clear and desirable vision, using trial and error methods and then hope for the best. Contrary to that, marginal improvements and efficient problem solving will be much simpler in an algorithmic environment. Instead of fighting over the budget, we can actually focus on how to improve the living conditions, distribute wealth, or calculate the most efficient health insurance for a given situation.

Secondly, the algorithmic analysis will have implications for the political process. The hierarchical world of public administrations with its top-down decision-making process will likely be shaken up. A much more flexible model of decision-making is needed to answer how the policy-making process needs to be adjusted to be responsive and accurate? So far, public administrations seem to be unwilling to put themselves under the microscope.

Thirdly, algorithmic decision-making has overall implications for the democratic understanding. If politicians have to respond to problems by using sophisticated mechanisms of empirical analysis instead of doing political “guesswork” that is aligned with their campaign promises, then they will have to change their mind more frequently. Currently, this is considered to be a problem. However, it might actually be a huge advantage. To use the bonmot of the economist John Maynard Keynes who responded the following, when he got challenged for his contradicting theories: “If the facts change, I change my mind. What do you do Sir?”.

However, as citizens or media practitioners, we try to hold politicians to account by using their previous comments or their electoral promises. This is where the problem arises: on the one hand, these complaints are absolutely justified because we have voted for our representatives. On the other hand, it is unfair and harmful, since it only encourages politicians, journalists and citizens to continue with an on-going and well-established masquerade: citizens complaining about characteristics of politicians (greed, corruptibility), journalists using these simplified categories and politicians trying to evoke the illusion that they are actually still in control by responding to “human” categories of being “honest” and showing “leadership quality”. This is a tragedy, because such a democratic theatre does not expand the public discourse. In fact, it only obfuscates the new techno-social challenges. Simple nostalgia and mourning about a less complex past is misleading.

Instead of watching that theatre, we need to address the underlying questions: how can we use algorithms to facilitate problem analysis and decision-making inside institutions? How can we balance this new form of decision-making with the accountability towards the public? And above all, is our current democratic understanding actually well-equipped to address these questions properly? In starting that debate, we can avoid perpetuating the masquerade and begin to understand one of the most vital challenges of the 21st century.