The economic expectations and potentials of broadband Internet in East Africa 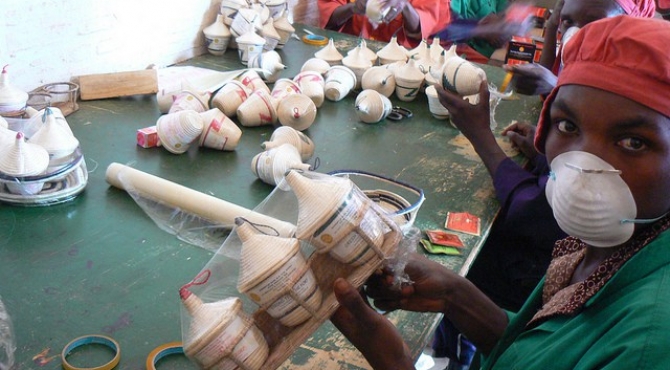 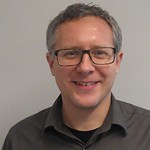 There has been a lot of hope and publicity about the economic potential of increased Internet connectivity in the East African region; including the hope of disintermediation and better connection to global markets. Chris Foster discusses initial findings of an OII project on Development and Broadband Internet Access in East Africa. Through surveys, interviews and in-depth observations, the project examines the expectations and stated potentials of broadband Internet in East Africa, comparing those expectations to the on-the-ground effects of broadband connectivity. 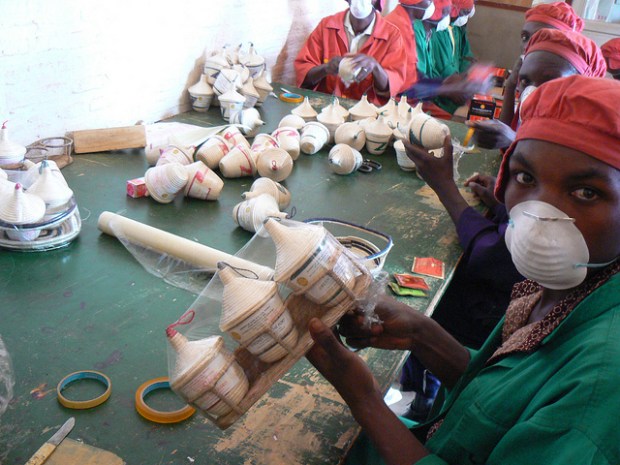 Increased connectivity is expected to be a game changer for firms in the East Africa region, enabling them to market and sell more directly to customers. The SORWATHE tea factory (Rwanda) by IFDC Photography.

Ed: There has a lot of excitement about the potential of increased connectivity in the region: where did this come from? And what sort of benefits were promised?

Chris: Yes, at the end of the 2000s when the first fibre cables landed in East Africa, there was much anticipation about what this new connectivity would mean for the region. I remember I was in Tanzania at the time, and people were very excited about this development – being tired of the slow and expensive satellite connections where even simple websites could take a minute to load. The perception, both in the international press and from East African politicians was that the cables would be a game changer. Firms would be able to market and sell more directly to customers and reduce inefficient ‘intermediaries’. Connectivity would allow new types of digital-driven business, and it would provide opportunity for small and medium firms to become part of the global economy. We wanted to revisit this discussion. Were firms adopting internet, as it became cheaper? Had this new connectivity had the effects that were anticipated, or was it purely hype?

Ed:  So what is the current level and quality of broadband access in Rwanda? ie how connected are people on the ground?

Chris: Internet access has greatly improved over the previous few years, and the costs of bandwidth have declined markedly. The government has installed a ‘backbone’ fibre network and in the private sector there has also been a growth in the number of firms providing Internet service. There are still some problems though. Prices are still are quite high, particularly for dedicated broadband connections, and in the industries we looked at (tea and tourism) many firms couldn’t afford it. Secondly, we heard a lot of complaints that lower bandwidth connections – WiMax and mobile internet – are unreliable and become saturated at peak times. So, Rwanda has come a long way, but we expect there will be more improvements in the future.

Ed: How much impact has the Internet had on Rwanda’s economy generally? And who is it actually helping, if so?

Ed: And specifically in terms of the Rwandan tea and tourism industries: has the Internet had much effect?

Chris: The global tourism industry is driven by Internet use, and so tour firms, guides and hotels in Rwanda have been readily adopting it. We can see that the Internet has been beneficial, particularly for those firms coordinating tourism in Rwanda, who can better handle volumes of tourists. In the tea industry, adoption is a little lower but the Internet is used in similar ways – to coordinate the movement of tea from production to processing to selling, and this simplifies management for firms. So, connectivity has had benefits by improvements in efficiency, and this complements the fact that both sectors are looking to attract international investment and become better integrated into markets. In that sense, one can say that the growth in Internet connectivity is playing a significant role in strategies of private sector development.

Ed: The project partly focuses on value chains: ie where value is captured at different stages of a chain, leading (for example) from Rwandan tea bush to UK Tesco shelf. How have individual actors in the chain been affected? And has there been much in the way of (the often promised) disintermediation — ie are Rwandan tea farmers and tour operators now able to ‘plug directly’ into international markets?

Chris: Value chains allow us to pay more attention to who are the winners (and losers) of the processes described above, and particularly to see if this benefits Rwandan firms who are linked into global markets. One of the potential benefits originally discussed around new connectivity was that with the growth of online channels and platforms — and through social media — that firms as they became connected would have a more direct link to large markets and be able to disintermediate and improve the benefits they received. Generally, we can say that such disintermediation has not happened, for different reasons. In the tourism sector, many tourists are still reluctant to go directly to Rwandan tourist firms, for reasons related to trust (particularly around payment for holidays). In the tea sector, the value chains are very well established, and with just a few retailers in the end-markets, direct interaction with markets has simply not materialised. So, the hope of connectivity driving disintermediation in value chains has been limited by the market structure of both these sectors.

Ed: Is there any sense that the Internet is helping to ‘lock’ Rwanda into global markets and institutions: for example international standards organisations? And will greater transparency mean Rwanda is better able to compete in global markets, or will it just allow international actors to more efficiently exploit Rwanda’s resources — ie for the value in the chain to accrue to outsiders?

Chris: One of the core activities around the Internet that we found for both tea and tourism was firms using connectivity as a way to integrate themselves into logistic tracking, information systems, and quality and standards; whether this be automation in the tea sector or using global booking systems in the tourism sector. In one sense, this benefits Rwandan firms in that it’s crucial to improving efficiency in global markets, but it’s less clear that benefits of integration always accrue to those in Rwanda. It also moves away from the earlier ideas that connectivity would empower firms, unleashing a wave of innovation. To some of the firms we interviewed, it felt like this type of investment in the Internet was simply a way for others to better monitor, define and control every step they made, dictated by firms far away.

Ed. How do the project findings relate to (or comment on) the broader hopes of ICT4D developers? ie does ICT (magically) solve economic and market problems — and if so, who benefits?

Chris: For ICT developers looking to support development, there is often a tendency to look to build for actors who are struggling to find markets for their goods and services (such as apps linking buyers and producers, or market pricing information). But, the industries we looked at are quite different — actors (even farmers) are already linked via value chains to global markets, and so these types of application were less useful. In interviews, we found other informal uses of the Internet amongst lower-income actors in these sectors, which point the way towards new ICT applications: sectoral knowledge building, adapting systems to allow smallholders to better understand their costs, and systems to allow better links amongst cooperatives. More generally for those interested in ICT and development, this work highlights that changes in economies are not solely driven by connectivity, particularly in industries where rewards are already skewed towards larger global firms over those in developing countries. This calls for a context-dependent analysis of policy and structures, something that can be missed when more optimistic commentators discuss connectivity and the digital future.