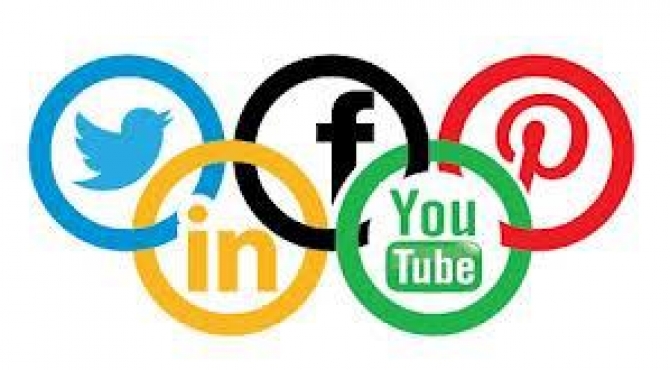 UPDATE: One day after this post was published, Michael McFaul announced his resignation from the post. The New York Times wrote a frank article about him, where his  Twitter skills took front and center. It is good to see mainstream publications are recognizing government talent in digital skills!

Contemporary communication brings a need for diplomacy to even seemingly trivial channels. Case in point: a few days ago, the US Ambassador to Moscow Michael McFaul posted the following tweet about the upcoming Olympics in Sochi:

McFaul is in an interesting position on this. On the one hand, the Olympics are an inherently nationalistic endeavor– you cheer for your team and hope that they beat out the others– but on the other hand, relations between Russia and the US have been strained, and McFaul needs to encourage Russia’s cooperation on issues such as Syria, Iran’s nuclear weapons,  and arms control. So what’s an ambassador to tweet? “We’re sorry, but we really hope we’ll defeat you?” “Go USA! But don’t take it personally?” “Great job on organizing the Olympics… all the better for us to crush you?”

In this tweet, McFaul demonstrates a skillful use of language and phrasing to strike a delicate balance among these. His first sentence– “getting more and more excited as I read about #USOlympic team”– suggests an opening for a nationalistic hurrah. McFaul is excited because of the US team, not because of any of the other teams.

But then when he goes to make his winning prediction– “Победим!” or “We will win!”– he uses Russian instead of English. Clearly he’s speaking to the US team here… or is he?

If the phrase is in Russian, the “we” of the sentence is implicitly those who can understand what he’s saying, i.e. the Russians. By using their language, McFaul subconsciously brings Russian people into the circle of “we,” which makes little sense in the context of the Olympics, but which pacifies any ill-will the comment might stir up.

The tweet thus satisfies all sides. In the first sentence, McFaul supports the US team. In the second sentence, he implicitly, almost subconsciously, supports Russians. And in the third, he ends by striking a middle ground– “Seriously” (as if everything said before was not) “hoping for some great competition.” Competition is presumably what everyone wants– it’s what makes the game fun– so the last part can be said for anyone.

McFaul’s well-turned tweet personifies the challenges and opportunities of eDiplomacy. Whereas before, diplomats words only reached their home and host populations when they made the news (which, most diplomats pray, is never), Twitter accounts are followed by regular members of the population in both countries. Ambassadors must maintain a certain patriotic tone to satisfy the people that appointed them back home, but they also must try to connect to the host population to establish good will.  McFaul’s example of well-conducted digital diplomacy could be contrasted with recent examples of more problematic posts, like Caroline Kennedy’s recent tweets on dolphin killing in Japan. This is a herculean task but it paves the way in the way of interactions that many must adapt to deal with the newly interconnected world.

So go USA… and all the other countries. (But seriously, hoping for some great competition).