Subjectivity and Data Collection in a “Big Data” Project 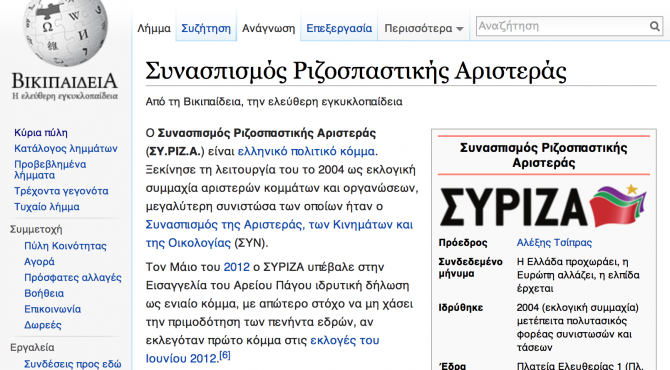 The Social Election Prediction project is once again in the data collection phase and we’re here to discuss some of the data collection decision points we have encountered thus far or, in other words, the subjective aspect of big data research. This is not to denigrate this type of quantitative research. The benefits of big data for social science research are too numerous to list here and likely any reader of this blog is more than familiar. In the era of big data, human behaviour that was previously only theorized is now observable at scale and quantifiable. This is particularly true for the topic of this project, information seeking behaviour around elections. While social scientists have long studied voting behaviour, historically they have had to rely on self-reported surveys for signals as to how individuals sought information related to an election.

Now, certain tools such as Wikipedia and Google Trends provide an outside indication as to how and when people search for information on political parties and politicians. However, although Wikipedia page views are not self-reported, this does not mean that they are objective. Wikipedia data collection requires the interjection of personal interpretation; the typical measure of subjectivity. These decisions tend to fall into two general categories: the problem of individuation and the problem of delimitation.

When is something considered a separate entity and when should it be grouped? The first is a frequently occurring question in big data collection. For this project, this question has reoccurred with party alliances and two-round elections. If we are collecting Wikipedia pages to study information-seeking behaviour related to elections, should we consider views only of the page of a party alliance or of the individual party as well? This is a problem of individuation, deciding when to consider discrete entities as disparate and when to count them as a single unit. The import of party alliances varies by country but big data collection necessitates uniformity for the analysis stage. So, a decision must be made. The same issue arises with two-round elections. Should they be considered as one election instance or two? Again, a uniform decision is necessary for the next step of data analysis.

For decisions of delimitation one must set a logical boundary on something continuous. Think, time. For the Social Election Prediction project, we are collecting the dates of all of the elections under consideration, so that we can compare the Wikipedia page views for the various political parties involved prior to the election. For most electoral systems, the date of an election is simple, but for countries like Italy and the Czech Republic with two-day elections, the question of when to end the information-seeking period arises. The day before the election begins? After the first day? There is uniform data solution to this question, only yet another subjective decision by the data collector.

In the article quoted above, boyd and Crawford question the objectivity of data analysis but the subjective strains in big data research begin even earlier, with the collection stage. Data is defined in the collection stage, and these definitions, as with the analysis, can be context specific. Social media research faces the same definitional problems but many of the collection decisions have already been made by social media platform. Of course, same criticisms could be raised about traditional statistical analysis as well. While there may be unique benefits to big data research, it faces many of the same problems as previous research methods. Big data often seen as some sort of “black box” but the process of building that box can be just as subjective as qualitative research.