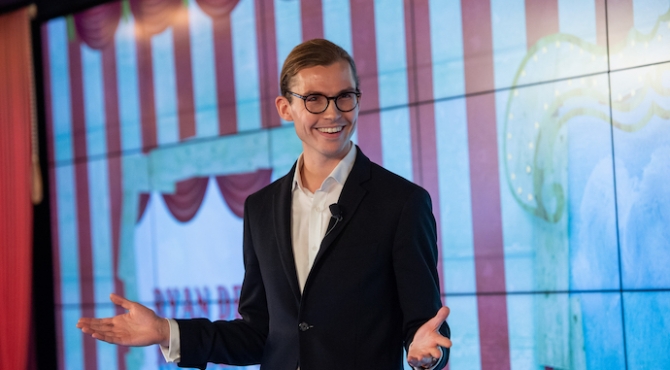 Ryan den Rooijen was a student in the MSc in Social Science of the Internet in 2011-2012.  Prior to this he worked in digital marketing consulting.  He has since worked at Google and Dyson and has just started with a key retailer in the Middle East.

Before the OII, I was involved in various Internet ventures including digital marketing consulting. However, I had become frustrated by the hype around social media. While comforting to assume it was simply another communication channel, this belied social media’s inherent complexities. The OII gave me the ability to learn about and study the intersection of online performance and offline behaviour through a combination of technical, sociological, and enterprise lenses.

After the OII I joined Google, where I spent four and a half years working in a number of insights and analytics roles, primarily focused on Google’s largest global advertisers. I then joined Dyson to transform their global analytical capabilities, from manufacturing to marketing. I have just left Dyson to embark on my latest adventure, working for one of the key retailers in the Middle East. The common theme is that all these roles focus on practical applications of analytics and AI.

My time at the OII was invaluable not only in teaching me useful skills in the fields of social science and data science, but also in expanding my horizons when it comes to digital transformation. One can easily fall into the trap of believing that analytics is primarily about data and the technology to analyse it, while in practice psychology and policy play as much of a role. Having the opportunity to learn from experts across multiple disciplines was a real privilege.

Empathise with the organisations you are applying to. Many are facing significant challenges as analytics and artificial intelligence force them to fundamentally rewire how they operate. Instead of only thinking about your resume, think about what keeps management up at night. How can you help address these challenges with the multidisciplinary skill set you have mastered? After all, every organisation I know is dealing with talent shortages when it comes to data and digital.

The thing I miss about Oxford, other than the rowing, are the people. The concentration of academic knowledge and intellectual curiosity is almost unparalleled. This means that even the most ordinary conversation can segue into an impassioned debate on the nature of reality, technological determinism, and the morality of transhumanism. Intellectually this keeps you on your toes, forcing you to constantly re-evaluate your assumptions, encouraging personal growth.

I would love to say that I will be an astronaut in five years, but I have a feeling that is not going to happen. Instead, I would like to teach part time alongside my existing business career. There is a lot of misinformation out there which only widens the gap between successful AI adopters and laggards. This year, I started blogging at https://qstar.ai/ to help me crystallise my thinking. If you are interested in the practical applications of AI or effective data visualisations, do check it out! 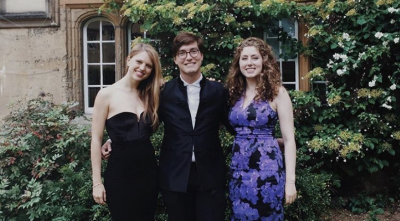