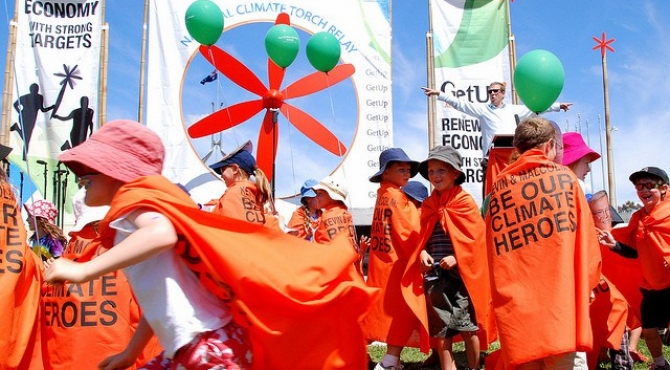 There has been an international growth in online campaigning organizations that engage in public policy debate and mobilize citizens. Ariadne Vromen (University of Sydney), co-author with William Coleman of the paper Online Campaigning Organizations and Storytelling Strategies: GetUp! in Australia published in Policy and Internet, analyses how these organizations promote an innovative approach to storytelling and discursive politics, and how these stories are used to help citizens and decision makers identify with an issue, build community, and act in recognition of the moral urgency for political change. 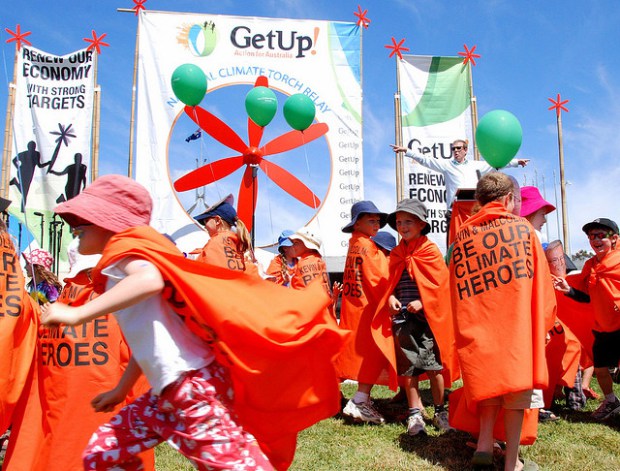 Online campaigning organisations are on the rise. They have captured the imagination of citizens and scholars alike with their ability to use rapid response tactics to engage with public policy debate and mobilize citizens. Early on Andrew Chadwick (2007) labeled these new campaign organisations as ‘hybrids’: using both online and offline political action strategies, as well as intentionally switching repertoires to sometimes act like a mass mobilisation social movement, and other times like an insider interest group.

These online campaigning organisations run multi-issue agendas, are geographically decentralized, and run sophisticated media strategies. The best known of these are MoveOn in the US, internationally focused Avaaz, and GetUp! in Australia. However, new online campaigning organisations are emerging all the time that more often than not have direct lineage through former staff and similar tactics to this first wave. These newer organisations include the UK-based 38 Degrees, SumOfUs that works on consumer issues to hold corporations accountable, and Change.Org, a for-profit organisation that hosts and develops petitions for grassroots groups.

Existing civil society focused organisations are also being challenged to fundamentally change their approach, to move political tactics and communications online, and to grow their member lists. David Karpf (2012) has branded this “MoveOn Effect”, where the success of online campaigning organisations like MoveOn has fundamentally changed and disrupted the advocacy organisation scene. But how has this shift occurred? How have these new organisations succeeded in being both innovative and politically successful?

One increasingly common answer is to focus on how they have developed low threshold online tactics where the risk to participants is reduced. This includes issue and campaign specific online petitions, letter writing, emails, donating money, and boycotts. The other answer is to focus more closely on the discursive tactics these organisations use in their campaigns, based on a shared commitment to a storytelling strategy, and the practical realisation of a ‘theory of change’. That is, to ask how campaigns produce successful stories that follow a concrete theory of why taking action inevitably leads to a desired result.

Storytelling is a device for explaining politics and a campaign via “cause and effect relations, through its sequencing of events, rather than by appeals to standards of logic and proof” (Polletta et al. 2011, 111). These campaign stories characteristically have a plot and identifiable characters, a beginning and middle to the story, but the recipient of the story can create, or rather act out, the end. Framing is important to understanding social movement action but a narrative or storytelling driven analysis focuses more on how language or rhetoric is used, and reveals the underlying “common sense” and emotional frames used in online campaigns’ delivery of messages (Polletta 2009). Polletta et al. (2011, 122) suggest that activists have been successful against better resourced and influential opponents and elites when they “sometimes but not always, have been able to exploit popular associations of narrative with people over power, and moral urgency over technical rationality”.

We have identified four stages of storytelling that need to occur for a campaign to be successful:

The new online campaigning organisations all prioritise a storytelling approach in their campaigns, using it to build their own autobiographical story and to differentiate what they do from ‘politics as usual’, characterised as party-based, adversarial politics. Harvard scholar and organising practitioner Marshall Ganz’s ideas on the practice of storytelling underpin the philosophy of the New Organizing Institute, which provides training for increasing numbers of online activists. Having received training, these professional campaigners informally join the network of established and emerging ‘theory of change’ organisations such as MoveOn, AVAAZ, Organising for America, the Progressive Change Campaign Committee, SumOfUs, and so on.

GetUp! is a member of this network, has over 600,000 members in Australia, and has conducted high-profile public policy campaigns on issues as diverse as mental health, electoral law, same-sex marriage, and climate change. GetUp!’s communications strategy tries to use storytelling to reorient Australian political debate — and the nature of politics itself — in an affective way. And underpinning all their political tactics is the construction of effective online campaign stories. GetUp! has used stories to help citizens, and to a lesser extent, decision-makers, identify with an issue, build community, and act in recognition of the moral urgency for political change.

Yet despite GetUp!’s commitment to a storytelling technique, it does not always work — these organisations rarely publicise their failed campaigns, or those that do not even get past the initial email ‘ask’. It is important to look at how campaigns unfold to see how storytelling develops, and also to judge whether it is a success or not. This moves the analysis onto an organisation’s whole campaign, rather than studying only decontextualised emails or online petitions. In contrasting two campaigns in-depth we judged one on mental health policy to be a success in meeting the four storytelling criteria; and the other on climate change policy (which was promoted externally as a success) to actually be a storytelling failure.

The mental health story was able to build solidarity and emotional identification around families and friends of those with illness (not sufferers themselves) after celebrity experts launched the campaign to bring awareness to and increase funding for mental health. Mental health was presented by GetUp! as a purely moral dilemma, with very little mention by any opponents of the economic implications of policy reform. In the end the policy was changed, an extra $2.2 billion of funding for mental health was announced in the 2011 Federal Budget, and the Australian Prime Minister appeared with GetUp! in an online video to make the funding announcement.

GetUp’s climate change storytelling, however, failed on all four criteria. Despite national policy change taking place similar to what they had advocated, GetUp!’s climate change campaign did not achieve the level of member or public mobilisation achieved by their mental health campaign. GetUp! used partisan, adversarial tactics that can be partly attributed to climate change becoming an increasingly polarised issue in Australian political debate. This was particularly the case as the oppositional counter-movement successfully reframed climate change as solely an economic issue, focusing on the imposition of an expensive new tax. This story defeated GetUp’s moral urgency story, and their attempt to create ‘people-power’ mobilised for a shared environmental concern.

Why is thinking about this important? For a few reasons. It helps us to see online tactics within the context of a broader political campaign, and challenges us to think about how to judge both successful mobilisation and political influence of hybrid online campaign organisations. Yet it also points to the limitations of an affective approach based on moral urgency alone. Technical persuasion and, more often than not, economic reality still matter for both mobilisation and political change.