Political polarization on social media: do birds of a feather flock together on Twitter? 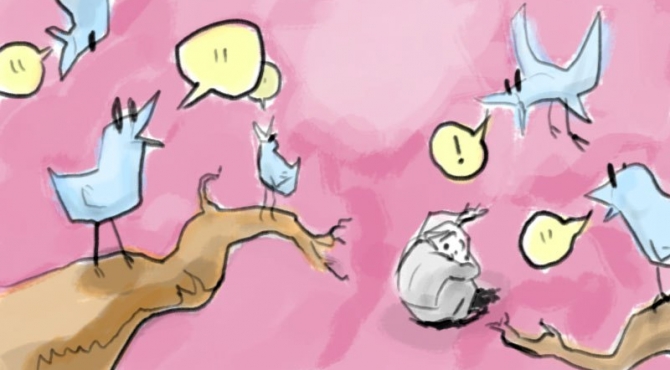 Is social media democratizing and empowering, or simply a new platform for tighter messaging and control? As social media usage widens and deepens across much of the world, its impacts on politics and democracy are becoming incontestable, but whether these impacts ultimately prove positive remains an open question. Anatoliy Gruzd (Ryerson University) and Jeffrey Roy (Dalhousie University) discuss their Policy and internet article: Investigating Political Polarization on Twitter: A Canadian Perspective, which investigates the extent to which Twitter users cluster around shared political interests. 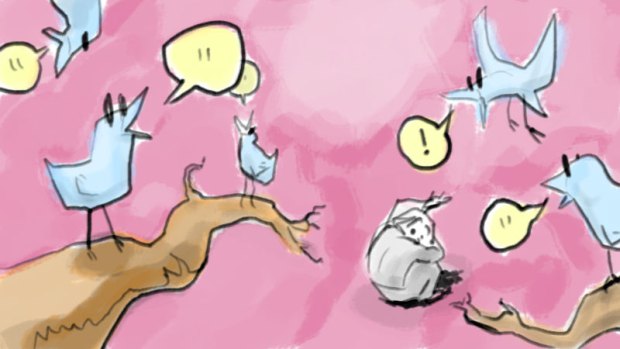 Are tweeters mainly seeking to reinforce their own viewpoints and link with likeminded persons, or is there a basis for widening and thoughtful exposure to a variety of perspectives? Image by Pete Simon (Flickr).

Twitter has exploded in recent years, now boasting half a billion registered users. Like blogs and the world’s largest social networking platform, Facebook, Twitter has actively been used for political discourse during the past few elections in the US, Canada, and elsewhere but it differs from them in a number of significant ways. Twitter’s connections tend to be less about strong social relationships (such as those between close friends or family members), and more about connecting with people for the purposes of commenting and information sharing. Twitter also provides a steady torrent of updates and resources from individuals, celebrities, media outlets, and any other organization seeking to inform the world as to its views and actions.

This may well make Twitter particularly well suited to political debate and activity. Yet important questions emerge in terms of the patterns of conduct and engagement. Chief among them: are users mainly seeking to reinforce their own viewpoints and link with likeminded persons, or is there a basis for widening and thoughtful exposure to a variety of perspectives that may improve the collective intelligence of the citizenry as a result?

Political polarization often occurs in a so-called ‘echo chamber’ environment, in which individuals are exposed to only information and communities that support their own viewpoints, while ignoring opposing perspectives and insights. In such isolating and self-reinforcing conditions, ideas can become more engrained and extreme due to lack of contact with contradictory views and the exchanges that could ensue as a result.

On the web, political polarization has been found among political blogs, for instance. American researchers have found that liberal and conservative bloggers in the US tend to link to other bloggers who share their political ideology. For Kingwell, a prominent Canadian philosopher, the resulting dynamic is one that can be characterized by a decline in civility and a lessening ability for political compromise to take hold. He laments the emergence of a ‘shout doctrine’ that corrodes the civic and political culture, in the sense that divisions are accentuated and compromise becomes more elusive.

Such a dynamic is not the result of social media alone – but rather it reflects for some the impacts of the Internet generally and the specific manner by which social media can lend itself to broadcasting and sensationalism, rather than reasoned debate and exchange. Traditional media and journalistic organizations have thus become further pressured to act in kind, driven less by a patient and persistent presentation of all sides of an issue and more by near-instantaneous reporting online. In a manner akin to Kingwell’s view, one prominent television news journalist in the US, Ted Koppel, has lamented this new media environment as a danger to the republic.

Nonetheless, the research is far from conclusive as to whether the Internet increases political polarization. Some studies have found that among casual acquaintances (such as those that can typically be observed on Twitter), it is common to observe connections across ideological boundaries. In one such funded by the Pew Internet and American Life Project and the National Science Foundation, findings suggest that people who often visit websites that support their ideological orientation also visit web sites that support divergent political views. As a result, greater sensitivity and empathy for alternative viewpoints could potentially ensue, improving the likelihood for political compromise – even on a modest scale that would otherwise not have been achievable without this heightened awareness and debate.

The 2011 federal election in Canada was dubbed by some observers in the media as the country’s first ‘social media election’ – as platforms such as Facebook and Twitter became prominent sources of information for growing segments of the citizenry, and evermore strategic tools for political parties in terms of fundraising, messaging, and mobilizing voters. In examining Twitter traffic, our own intention was to ascertain the extent to which polarization or cross-pollinization was occurring across the portion of the electorate making use of this micro-blogging platform.

We gathered nearly 6000 tweets pertaining to the federal election made by just under 1500 people during a three-day period in the week preceding election day (this time period was chosen because it was late enough in the campaign for people to have an informed opinion, but still early enough for them to be persuaded as to how they should vote). Once the tweets were retrieved, we used social network analysis and content analysis to analyze patterns of exchange and messaging content in depth.

We found that overall people do tend to cluster around shared political views on Twitter. Supporters of each of the four major political parties identified in the study were more likely to tweet to other supporters of the same affiliation (this was particularly true of the ruling Conservatives, the most inwardly networked of the four major politically parties). Nevertheless, in a significant number of cases (36% of all interactions) we also observed a cross-ideological discourse, especially among supporters of the two most prominent left-of-centre parties, the New Democratic Party (NDP) and the Liberal Party of Canada (LPC). The cross-ideological interactions among supporters of left-leaning parties tended to be agreeable in nature, but often at the expense of the party in power, the Conservative Party of Canada (CPC). Members from the NDP and Liberal formations were also more likely to share general information and updates about the election as well as debate various issues around their party platforms with each other.

By contrast, interactions between parties that are ideologically distant seemed to denote a tone of conflict: nearly 40% of tweets between left-leaning parties and the Conservatives tended to be hostile. Such negative interactions between supporters of different parties have shown to reduce enthusiasm about political campaigns in general, potentially widening the cleavage between highly engaged partisans and less affiliated citizens who may view such forms of aggressive and divisive politics as distasteful.

For Twitter sceptics, one concern is that the short length of Twitter messages does not allow for meaningful and in-depth discussions around complex political issues. While it is certainly true that expression within 140 characters is limited, one third of tweets between supporters of different parties included links to external sources such as news stories, blog posts, or YouTube videos. Such indirect sourcing can thereby constitute a means of expanding dialogue and debate.

Accordingly, although it is common to view Twitter as largely a platform for self-expression via short tweets, there may be a wider collective dimension to both users and the population at large as a steady stream of both individual viewpoints and referenced sources drive learning and additional exchange. If these exchanges happen across partisan boundaries, they can contribute to greater collective awareness and learning for the citizenry at large.

As the next federal election approaches in 2015, with younger voters gravitating online – especially via mobile devices, and with traditional polling increasingly under siege as less reliable than in the past, all major parties will undoubtedly devote more energy and resources to social media strategies including, perhaps most prominently, an effective usage of Twitter.

In a still-nascent era likely to be shaped by the rise of social media and a more participative Internet on the one hand, and the explosion of ‘big data’ on the other hand, the prominence of Twitter in shaping political discourse seems destined to heighten. Our preliminary analysis suggests an important cleavage between traditional political processes and parties – and wider dynamics of political learning and exchange across a changing society that is more fluid in its political values and affiliations.

Within existing democratic structures, Twitter is viewed by political parties as primarily a platform for messaging and branding, thereby mobilizing members with shared viewpoints and attacking opposing interests. Our own analysis of Canadian electoral tweets both amongst partisans and across party lines underscores this point. The nexus between partisan operatives and new media formations will prove to be an increasingly strategic dimension to campaigning going forward.

More broadly, however, Twitter is a source of information, expression, and mobilization across a myriad of actors and formations that may not align well with traditional partisan organizations and identities. Social movements arising during the Arab Spring, amongst Mexican youth during that country’s most recent federal elections and most recently in Ukraine are cases in point. Across these wider societal dimensions – especially consequential in newly emerging democracies, the tremendous potential of platforms such as Twitter may well lie in facilitating new and much more open forms of democratic engagement that challenge our traditional constructs.

In sum, we are witnessing the inception of new forms of what can be dubbed ‘Politics 2.0’ that denotes a movement of both opportunities and challenges likely to play out differently across democracies at various stages of socio-economic, political, and digital development. Whether Twitter and other likeminded social media platforms enable inclusive and expansionary learning, or instead engrain divisive polarized exchange, has yet to be determined. What is clear however is that on Twitter, in some instances, birds of a feather do flock together as they do on political blogs. But in other instances, Twitter can play an important role to foster cross parties communication in the online political arenas.

Read the full article: Gruzd, A., and Roy, J. (2014) Investigating Political Polarization on Twitter: A Canadian Perspective. Policy and Internet 6 (1) 28-48.

Anatoliy Gruzd is Associate Professor in the Ted Rogers School of Management and Director of the Social Media Lab at Ryerson University, Canada. Jeffrey Roy is Professor in the School of Public Administration at Dalhousie University’s Faculty of Management. His most recent book was published in 2013 by Springer: From Machinery to Mobility: Government and Democracy in a Participative Age.