Multilingualism research featured in The Guardian

A recent article in the Guardian newspaper by Holly Yong surveys much research about online language divides, including my work on multilingualism and cross-language bridging:

Translation technologies offer one solution to bridging online language divides, while also opening up new markets for businesses. Although currently only available in a few languages, last year Microsoft launched the Skype translator, and both Facebook and Twitter have also paired up with Bing to offer users translation services.

Scott Hale, data scientist at the Oxford Internet Institute, argues that more could also be done to unlock the power of multilinguals online. Internet platforms he believes could be modified to make it easier for multilingual users to find content in other languages, as well as encourage them to contribute in more than one language. “Many review sites, such as TripAdvisor and Google Play, prioritise reviews in a person’s selected user-interface language or even completely hide reviews not in the user-interface language,” says Hale. Platforms like Wikipedia, he says, could allow you to search a topic in multiple language editions at the same time.

Hale also found that although only 11% of people are multilingual on Twitter, and 15% on Wikipedia, these multilingual individuals are more active, writing more tweets and creating and editing more Wikipedia content. These people, he believes, could potentially challenge the Balkanisation of information and discussion online. Whether it is translating and bringing foreign concepts into different language editions on Wikipedia, or moving breaking local news stories to new language communities and different geographies, they have the power to be influential.

Full article is available at http://labs.theguardian.com/digital-language-divide/. Some of my research is covered in the section on “Bridging the divide”. 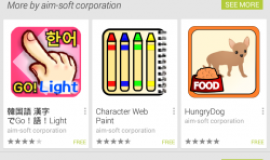