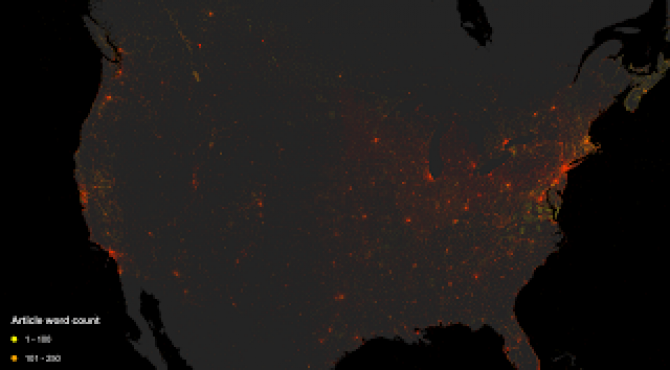 The maps of Wikipedia previously posted on the blog offer useful insights into the geographies of one of the world’s largest platforms for user-generated content. They, along with similar visualizations, reiterated some of the massive inequalities in the layers of information that augment our planet.

But not all articles are created equally, and those maps didn’t give us much of a sense of the quality of articles. “Quality” is obviously a slippery word and there are infinite ways of measuring it, but for the purposes of this post, we’ll crudely use the term to refer to article length (future maps will employ a variety of other metrics). 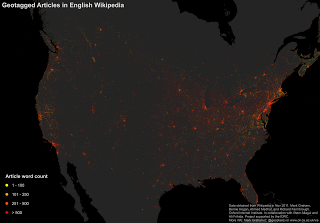 The map below displays the same data, but with smaller dots: making it easier to see some of the patterns if you expand the image. 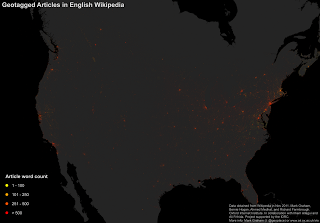 Are Wikipedians from New Jersey that much more loquacious than their West Virginian counterparts? Or does it just take more words to describe the many dazzling wonders of New Jersey? Or is it something else entirely?

Apart from the obvious and increasingly evident urban bias in these information geographies, we’d certainly welcome your thoughts in explaining some of these patterns.

Note: This post was originally published on the Floating Sheep blog on 13 December 2011 3:00 pm. It might have been updated since then in its original location. The post gives the views of the author(s), and not necessarily the position of the Oxford Internet Institute.