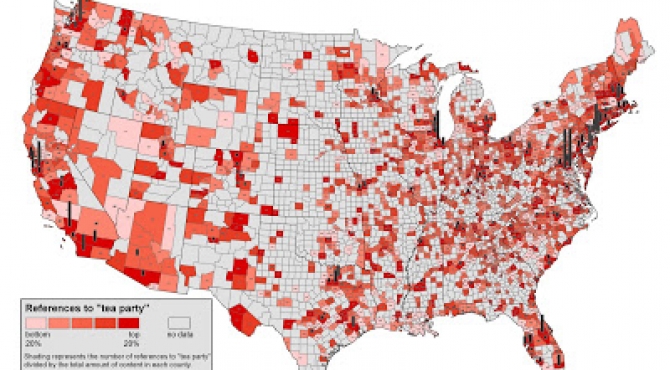 Since Sarah Palin was recently talking about our blog on cable news shows, we decided it was only fair to map out her so-called tea-party movement. 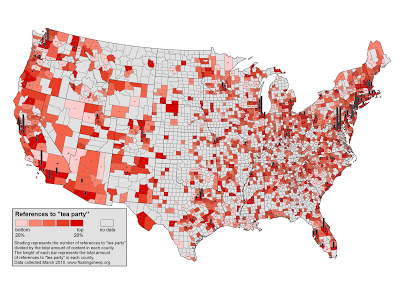 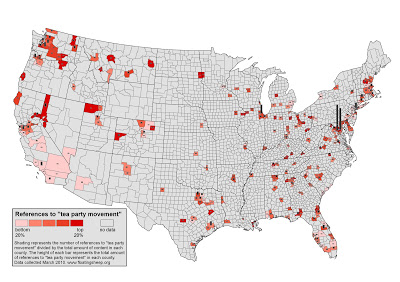 It is interesting that the West Coast and the northeast of the country have some of the highest relative and total hits for the tea party. Perhaps this refudiates the claim that these are less pro-America parts of the nation. Or, depending upon your point of view, it may confirm that the coasts are out to destroy the country.

Also the patterns we see in the above slice of cyberscape, represented by data drawn from Google Maps, is matched by another slice of cyberscape drawn from Twitter. A presentation by Pete Skomoroch, Kevin Weil, and Sean Gorman shows the distribution of tweets with the term tea party. It shows Lady Gaga, as well, if you’re curious (check out slide 68). 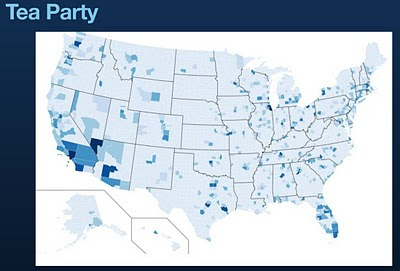 We should also point out that just because you can’t see Russia on these maps is no reason to misunderestimate them. There’s also a distinct possibility that we’re missing out on a whole slew of geotagged data due to the misspelling of fairly simple words.