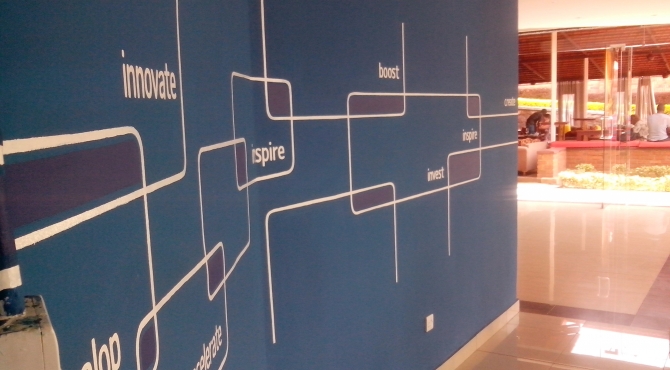 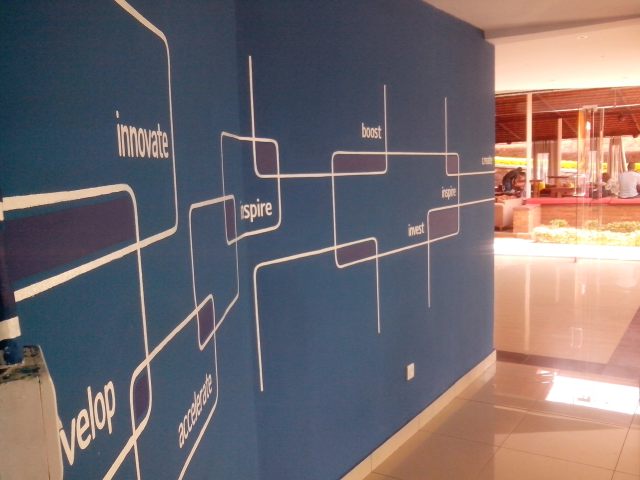 “Ecosystem” has become one of the most common terms in tech innovation. It rolls easily off the tongue, probably because it has a communal connotation, and evokes ideas such as “collaboration” and “multi-stakeholder.” Where “innovation system” sounds like a technocratic term that emphasizes institutions and deemphasizes people’s agency at the grassroots, “ecosystem” sounds like a more purposeful “we’re all in this together.” In ecosystems, everyone has a “natural” role, and everyone can and should contribute to the “organic growth” of the system, for everyone’s common gain.

I still need to analyze the interview data that I have been collecting in more depth before I will be able to speak to the academic debate about conceptual merits and downsides of the ecosystem terminology. But I can already say that we need to problematize the term further, as people’s perceptions and beliefs about innovation (eco)systems shape their priorities and (funding) decisions.

During my interviews, I noticed that some participants have developed quite elaborate mental frameworks of ecosystems, while others don’t draw on the concept at all to explain whether and how tech innovation happens.

That was also the case in Kigali, where different actor groups had distinct perceptions about what an ecosystem is, and about what was still missing in Kigali for one to emerge or gain in dynamism. This (admittedly lengthy) blog post tries to capture key themes that I found regarding the tech innovation “ecosystem” or environment in Kigali. I don’t discuss kLab, Kigali’s tech innovation hub, because I did this in my previous post.

Does Kigali Have An “Ecosystem”?

Interestingly, most of my interview participants in Kigali didn’t use the ecosystem term to describe their environment. This was completely different in Harare (which I will write about in a future post). It was also telling that the few people that mentioned the term more often were not tech entrepreneurs, but their supporters, so people working for organizations like kLab, The Office, think, Educat, or Bid Network.

An obvious explanation is that such organizations need something like the ecosystem concept to justify their purpose and existence. Their goal is, broadly, to improve conditions for entrepreneurs, and “supporting the ecosystem” is a trendy shorthand for that.

When I asked her about the difference, she said that a tech community can evolve into an ecosystem over time, but it only qualifies as an ecosystem when non-tech and non-entrepreneurial actors do more than pay lip service, and seriously engage with tech entrepreneurs (think investments, resources, partnerships, sponsorships, etc.).

This description struck me as incredibly close to a 2005 paper by Feldman, Francis, & Bercovitz, outlining the origins of the Washington DC startup cluster. The notion that entrepreneurs need to lead, while others can only feed, was later popularized by Brad Feld in his influential Startup Communities book.

It also became clear from my interviews that building relationships, capacity, and belief takes time. Tech startups are still a new concept in Rwanda; so users are not yet convinced about their products, and traditional funders (like banks) don’t understand their financing needs. Many participants said that Kigali still needs more tech startup role models and serial entrepreneurs. These give inspiration to newcomers, but also function as mentors and later, crucially, as savvy investors.

Overall, these perspectives lend substantial support to evolutionary economic geography theory. But it’s also clear that, once actors other than software developers and entrepreneurs are included, the innovation network becomes ever more complex. It therefore remains a very difficult question to determine when the idealized virtuous circles of ecosystems start to happen, and how this can be made happen.

Tech Innovation Support According to Stages

My interview participants had a range of ideas what needs to be done to get the “ecosystem” going. One broader trend was that the innovation stage model served as an important overarching framework for the design of tech innovation support organizations.

Carnegie Mellon University (CMU) Rwanda was widely praised as a crucial element in Rwanda’s efforts to improve the skill levels of its IT workforce. The program also allows students to pursue entrepreneurial projects, and several members of faculty make themselves available as technical and business mentors. While other universities were reported to convey overly theoretical and outdated knowledge, the CMU program was well respected by all people I talked to, although it’s still early days and only a few dozen students have graduated from the Master’s program so far.

In the innovation stage view, CMU students would then simply move two floors upstairs in the Telecom House and join kLab. The tech innovation hub was seen as a “pre-incubator”—a place where ideas are developed and brought to market. However, several participants reported that this channel is still more of an ideal than a reality: the interactions between kLab tenants and CMU students were described as ad hoc, and only few people were seen to have a foot in both worlds.

The newly founded, Tigo-backed think was described as an incubator or accelerator that could take over the most promising candidates from kLab once they move on to the next stage of scaling the company. While kLab was sometimes criticized for lacking a clear structure, think was commended for its straightforward, private sector-oriented approach.[1] On the other hand, due to think’s approach that bets on providing high-value support and equity investments to very few startups, only companies with proven market traction fall into its scope, and this is too high of a bar for most aspiring startups in Kigali. Still, a short time after I left Kigali, Torque, a startup that had long used the kLab space, got accepted into the think program.

Other than think’s handful of investments, opportunities to raise capital for tech startups are few and far between in Kigali. As in other places in Africa, the chicken-and-egg problem loomed large: would investors come if the startups were of higher quality, or do the startups lack opportunities to advance because they are not given patient, growth-oriented capital? The few existing success stories had usually taken the more painstaking route to self-finance from revenue. I heard some complaints that the little money that individuals invest in tech is not allocated in a transparent manner, and that organized angel and venture capital communities ought to be formed to improve this situation.

Staying in the innovation stage view, my participants had divided opinions about where The Office comes in: some said, it’s a place for the more advanced entrepreneurs that know how to plug in to The Office’s diverse network of contacts and are able pay to be there, while others said that this is the place to start out and develop ideas, finding yourself as a team and startup.

As with kLab, participants were also divided about whether or not it was a good idea to not focus on tech (or any sector), as is The Office’s model. My research is squarely about tech entrepreneurs and The Office doesn’t host many of them, so that I wasn’t able to examine these propositions in detail. I would probably agree with several participants that said that there is room for both models, and so tech vs. non-tech orientation might not be a make-or-break criterion for innovation hub design. It will be intriguing to see what will happen with The Office’s new co-working outpost on the other side of town, in the same building as the think incubator and the popular Cafe Neo.

It was remarkable that the long-term tenants of The Office, occupying the rooms below the co-working space that is on the top floor, were themselves networking platforms of some sort. HeHe Labs is an app development social enterprise, with a diverse network of actors ranging from development organizations, to tech trainees, to other startups hosted at The Office. Educat focuses on its place-independent, mentorship-based accelerator program, covering a broad range of small businesses and most of Rwanda. BiD Network is of course by definition a network organization, aiming to link entrepreneurs to financiers, for instance, by hosting pitching competitions.

Broadly speaking, The Office turned out to be somewhat of a hub of hubs, and accommodating “everything entrepreneurship,” including an advocacy, motivational, and general networking mandate. I found it difficult to reach any firm conclusions regarding the “NGO money” debate, which is key for almost every hub’s sustainability question and which The Office’s founder had participated in: While The Office itself is a pure rent model, the organizations that are paying the rent are themselves supported by NGO money. I suppose this is another example of the convoluted stakeholder structures of African financial networks, and development organizations are simply a force to reckon with–for better or for worse–in any context.

The Role of Entrepreneurial Culture

My participants agreed with this general idea. Whenever the conversation came to “culture”, both Rwandan and expat interview participants expressed that Rwandans lacked certain traits that are (stereo)typically associated with successful, growth-oriented tech entrepreneurs. Attributes like risk-taking affinity, self-responsible activism, independent and critical thinking, or even aggression were seen to be missing to an extent that it limited entrepreneurs’ chances to succeed.

Importantly, beyond affecting business success, these cultural traits also affected Rwandans’ propensity to take charge of community-oriented entrepreneurship support institutions. Different from what I had seen for instance in Nairobi, I found several Rwandan entrepreneurs to see kLab as something that is beyond their control, something that they deal with but not something that they, themselves, shape. In Nairobi, at iHub and elsewhere, community members would take the initiative and launch one project after the other, using the hub… well, as a hub… for themselves.

This doesn’t mean that tech innovation hubs can’t work in a place like Kigali, but I did find that grassroots dynamics function very differently depending on local culture, and hub stakeholders (communities, leadership, funders) need to account for these social dynamics. In particular, for kLab and others, it turned out to be tougher in Kigali than elsewhere to strike a good balance between providing support to entrepreneurs while not nurturing dependence and passivity.

Another typical problem was the tradeoff between celebrating entrepreneurship and romanticizing it. Innovation competitions where seen as an important channel of support and funding for fledgling entrepreneurs, but they were also seen to overly hype the winners, sometimes ending up distracting them from their business. Referring to Rwanda’s huge strides in improving the ease of registering a business (often, this can be done within one day), one participant mused that “everyone in Kigali is a CEO” but that this doesn’t mean that everyone is a savvy, successful entrepreneur that actually makes money and contributes to economic development and job creation.

Even in this long post, I wasn’t able to deliver a comprehensives description of the many interesting, complex interactions of people, startups, and support organizations that I’ve found in Kigali’s tech innovation environment. Rwanda has certainly placed a large bet on ICTs, and now it wants to move to the next level, letting local entrepreneurs create the country’s own software, content, and applications. These expectations and great infrastructure have pushed many to try their luck in tech entrepreneurship, but my hunch is that it will still take substantially more time, learning, resources, and several reconfigurations of the city’s innovation network before we will see a host of fast-growing tech startups emerge from Kigali.

[1] Operations had not yet started for think at the time that I conducted interviews, so these comments only referred to people’s expectations.

My research is funded by the Clarendon Fund and the Skoll Centre for Social Entrepreneurship at the University of Oxford.