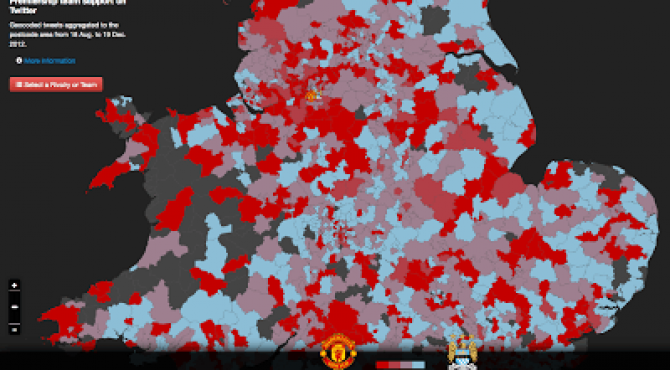 I recently had the pleasure of building my first interactive map visualization using Leaflet with Joshua R. Melville and the Floatingsheep team, who have written more about the methodology. I’m drafting more about developing the visualization itself, but in the meantime thought I would simply share the results: 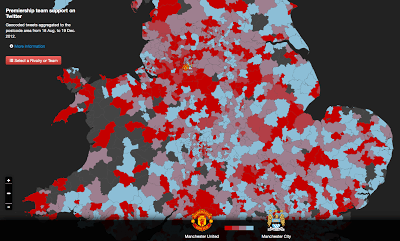 It is important to simply interpret this as where Twitter users who geotag their tweets mention different UK football teams. Twitter users are not representative of all humanity and users who geotag are a small fraction (about 1%) of all Twitter users; so, caution is needed in interpreting the data too far. There was a very limited period of time to develop this, so some more advanced techniques to determine location and analyze sentiment were not employed, but I think the visualization suggests exciting possibilities for the future as users increase and data analysis techniques improve.

For those interested, the code behind the visualization is available freely on GitHub (CC BY-NC-SA license).

Note: This post was originally published on Scott Hale's blog on 12 January 2013 1:29 am. It might have been updated since then in its original location. The post gives the views of the author(s), and not necessarily the position of the Oxford Internet Institute.