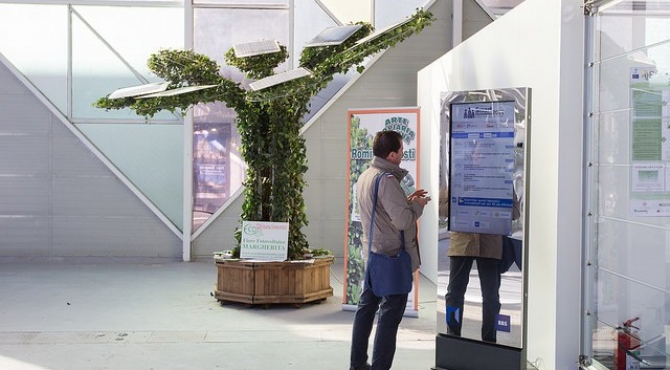 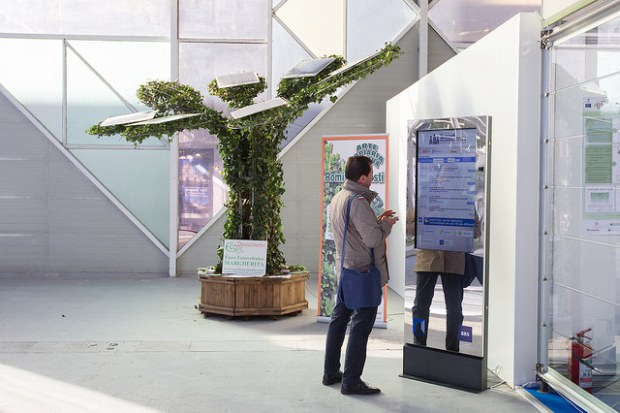 One day all our trees will be electric. Image from Smart City Exhibition 2014 by Forum PA (Flickr).

“Big data” is a growing area of interest for public policy makers: for example, it was highlighted in UK Chancellor George Osborne’s recent budget speech as a major means of improving efficiency in public service delivery. While big data can apply to government at every level, the majority of innovation is currently being driven by local government, especially cities, who perhaps have greater flexibility and room to experiment and who are constantly on a drive to improve service delivery without increasing budgets.

Work on big data for cities is increasingly incorporated under the rubric of “smart cities”. The smart city is an old(ish) idea: give urban policymakers real time information on a whole variety of indicators about their city (from traffic and pollution to park usage and waste bin collection) and they will be able to improve decision making and optimise service delivery. But the initial vision, which mostly centred around adding sensors and RFID tags to objects around the city so that they would be able to communicate, has thus far remained unrealised (big up front investment needs and the requirements of IPv6 are perhaps the most obvious reasons for this).

The rise of big data – large, heterogeneous datasets generated by the increasing digitisation of social life – has however breathed new life into the smart cities concept. If all the cars have GPS devices, all the people have mobile phones, and all opinions are expressed on social media, then do we really need the city to be smart at all? Instead, policymakers can simply extract what they need from a sea of data which is already around them. And indeed, data from mobile phone operators has already been used for traffic optimisation, Oyster card data has been used to plan London Underground service interruptions, sewage data has been used to estimate population levels … the examples go on.

However, at the moment these examples remain largely anecdotal, driven forward by a few cities rather than adopted worldwide. The big data driven smart city faces considerable challenges if it is to become a default means of policymaking rather than a conversation piece. Getting access to the right data; correcting for biases and inaccuracies (not everyone has a GPS, phone, or expresses themselves on social media); and communicating it all to executives remain key concerns. Furthermore, especially in a context of tight budgets, most local governments cannot afford to experiment with new techniques which may not pay off instantly.

This is the context of two current OII projects in the smart cities field: UrbanData2Decide (2014-2016) and NEXUS (2015-2017). UrbanData2Decide joins together a consortium of European universities, each working with a local city partner, to explore how local government problems can be resolved with urban generated data. In Oxford, we are looking at how open mapping data can be used to estimate alcohol availability; how website analytics can be used to estimate service disruption; and how internal administrative data and social media data can be used to estimate population levels. The best concepts will be built into an application which allows decision makers to access these concepts real time.

NEXUS builds on this work. A collaborative partnership with BT, it will look at how social media data and some internal BT data can be used to estimate people movement and traffic patterns around the city, joining these data into network visualisations which are then displayed to policymakers in a data visualisation application. Both projects fill an important gap by allowing city officials to experiment with data driven solutions, providing proof of concepts and showing what works and what doesn’t. Increasing academic-government partnerships in this way has real potential to drive forward the field and turn the smart city vision into a reality.

OII Resarch Fellow Jonathan Bright is a political scientist specialising in computational and ‘big data’ approaches to the social sciences. His major interest concerns studying how people get information about the political process, and how this is changing in the internet era.