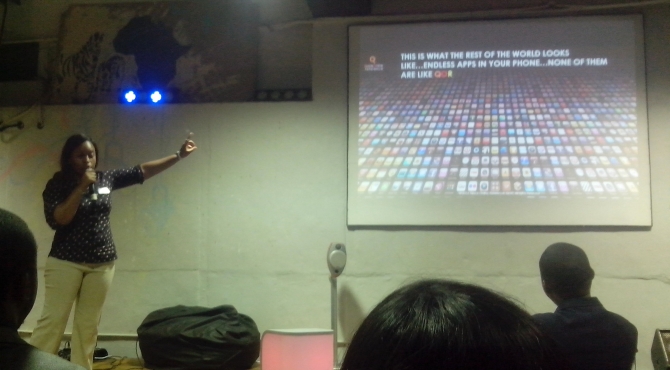 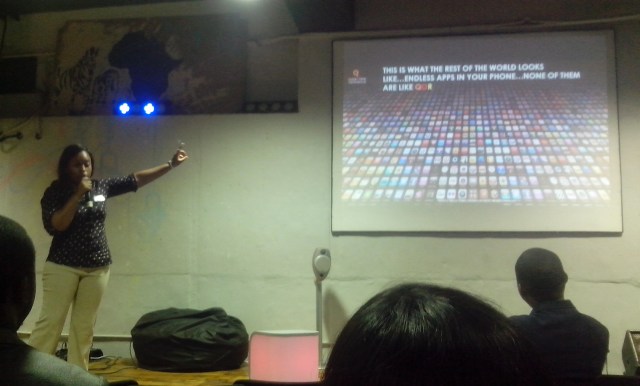 Tech entrepreneurship is definitely on the rise in Sub-Saharan Africa. Yet, actually, this rise is not evenly distributed across Africa’s vast geography. Leaving aside South Africa, we can observe that the emergence of content and application startup activity has so far concentrated in the sprawling capital cities of two countries with growing economies, large populations, and high and rising mobile phone penetration, namely Lagos and Nairobi.

We have also seen a category of startup cities emerge, where we find maybe a dozen or so growing and credible app and software innovation startups that have reached sustainability, received “Top Startups in Africa” media mentions, or won Pan-African prizes. In this category we usually think about cities like Accra, Kampala, or Kigali.

Then there is another intriguing group of cities, where local startup communities are attempting to go against the odds of factors such as an unfavorable economic environment, startup-unfriendly policy, or limited ICT infrastructure. In these places, entrepreneurs cannot tap into large domestic markets, and they find themselves struggling with weak institutions and various other challenges to running a viable digital startup. Usually, such communities have organized around one or more tech innovation hubs that receive financial backing from a donor. Examples are cities like Monrovia in Liberia (with iLab), Lusaka in Zambia (with Bongohive), or Harare in Zimbabwe, which was the case study of my choice.

The bigger picture question here is: can these cities realistically expect to feature a budding scene for tech entrepreneurship? What should be the ambitions, and how can tech entrepreneurship be supported without propping up startups that simply do not have a business case?

In three blog posts, I want to share the insights that I gathered in Harare to make a start in understanding the dynamics of innovation networks in challenging economic contexts. This post will focus on what I learned about Harare’s tech entrepreneurs while discussing the city’s tech innovation hubs only in as far as entrepreneurs mentioned them. In the next post, I will hone in on the hubs more closely and describe their operational models and strategic choices. In the third and final post, I will examine the “NGO money debate” more closely, as it featured prominently in Harare.

Which tech startups are there?

It soon became apparent that not many early-stage tech enterprises exist in Harare, and also that they don’t have many role models that have successfully done what they are trying to do. Of course, as far as ICT access is concerned, there is the ubiquitous home-grown mobile operator Econet Wireless. But in the software and application market, my participants were hard-pressed to mention many startups with traction.

The list of established success stories has to start with Webdev, with its popular Classifieds pages and its growing Pay Now payment integration system. CSI has had some success with its e-banking and automation solutions. Astro Mobile is an up-and-coming device manufacturer that also has an app development unit, betting on providing an integrated Afro-centric mobile product experience. (The company is in the process of building a low end smartphone manufacturing plant in Zimbabwe.)

I found another category of viable startups that don’t exactly create a novel product or service, but instead offer content, usually through blogs and social media, which they try to monetize through ads, media partnerships, and sponsorships. These include bootstrapped businesses like Techzim, 263 Chat, School Sports Network, Zimbo Kitchen, or Soccer 24. Some small-scale software development, web design, and digital consulting companies are also viable, such as Gaka Digital or N-Sho.

Freewire Networks, Pay4App, Esaja, Remote Livestock Management System (RLMS), and Eatout (not affiliated with the Kenyan startup with the same name) are companies with some sort of digital product innovation that have at least sustained themselves in the market for some time. Other than these, I did not find application and software innovation companies that were far beyond the prototype and trial stages. That doesn’t mean that no one is trying: a flurry of startup teams such as Traction Engine, Mazwi, Zimall, Ndeipi, Dream Big, Room 8, QOR, mTutor, or Chikosi Technology Corporation have recently been featured in the ZOL Startup Challenge, won awards, or otherwise shown promise. 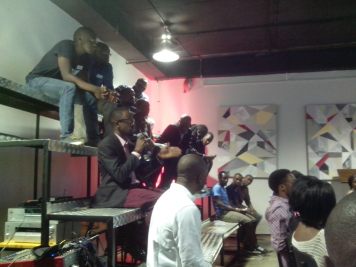 Pitch Nights are a rare opportunity to obtain feedback

So why do we not see more Harare-based tech innovations with market traction?

My interview participants agreed that probably the biggest constraint are lacking entrepreneurial skills and mindset. A couple of the local universities were seen to instill a good level of technical skills, but the participants noted that Zimbabwe’s education system does not prepare students well to start their own venture. Participants also spoke of a culture that encourages getting a degree and a stable job instead of building a company, so few young people would easily pick up the necessary ideas and concepts. Even the ones that had decided to be an entrepreneur were not able to find mentors, which is most likely a result of the scarcity of successful tech entrepreneurs that could play such a role.

I met a lot of proponents of the business model canvas and Lean Startup “methodologies” (such as Customer Development, hypothesis validation, and pivoting). These entrepreneurs had mostly learned about these concepts through online courses or at Zimbabwe’s first Startup Weekend in May 2014, and later found them very useful to translate their tech ideas into business and try out their assumptions. With or without explicitly referring to Customer Development, practically all entrepreneurs with some traction described how much of their learning happened through interactions with customers and with the market.

Based on the substantial impact that basic startup and customer knowledge had on their own business, these participants argued that the key priority for other aspiring entrepreneurs would be to catch up on skills and experience, without focusing too much on events, competitions, and networking. Their argument held that virtuous circles of startup ecosystems cannot unfold if entrepreneurs have no opportunity to network with anyone that they can learn from, such as an experienced tech entrepreneur. Hence, current incubation and networking efforts are bound to be less effective, as they cannot draw on anyone that fledgling entrepreneurs could interact with and learn from.

Hubs make many, but mostly peripheral and intangible, contributions

Accordingly, Harare’s burgeoning tech innovation hubs usually played only a peripheral and indirect role at least for entrepreneurs that were in the process of gaining market traction. On the plus side, the provision of cheap or subsidized space and bandwidth was seen to be an obvious value addition for individuals and teams that are at the early stages. For freelancers and individuals that were still finding their feet in tech entrepreneurship, Hypercube provided a soft landing, and I heard several anecdotes of knowledge exchanges. Events, especially those run by Hypercube, were also seen as important, albeit unpredictable and ad hoc, channels to become aware of opportunities and to network. A few of the trainings and advice sessions that Muzinda Hub and Hypercube had offered were also seen positively, but again these had not become key enablers for entrepreneurship. 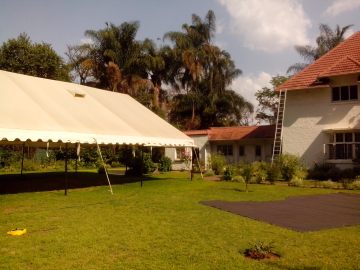 Another typical benefit that some hubs provided to some entrepreneurs was that they instilled motivation and confidence, or “energy” as they would like to express it. Colleagues researching hubs and I have identified the conveying of a sense of community and belonging to the higher cause of (tech) entrepreneurship as a key function of hubs, so this finding is not surprising. However, the feedback was far from unanimous and only applied to specific individuals that took a liking to a particular hub and its community. As a result, it was hard to figure out, first, what in the hub’s setup creates the sought-after entrepreneurial energy, and, second, how this could be measured, if at all.

A couple of entrepreneurs mentioned another interesting function of hubs, both in Harare and beyond. They used hubs as a sort of convenient and efficient portal when they needed to access customers and partners in other markets. They described how it is much easier to go to a hub and ask a knowledgeable person there for advice than to explore the tech scene of a city by oneself.

Overall, it was interesting to me that entrepreneurs described hubs as generally useful, but most of the positive functions were described as varying and lightweight. Some also questioned whether the hub model is an efficient and effective approach to entrepreneurship support, given that their support doesn’t always cater towards the more immediate experience and resources shortages that startups face. This made me further question whether typical targets for hubs, such as “startups created,” are really meaningful. As in Kigali, the hubs’ roles seemed to be much more varied and complex, so that it appears that a hub’s impact has to be measured differently.

Ultimately, I had to wonder what hubs and other entrepreneurship support mechanisms can and cannot do for Harare’s tech entrepreneurs. It appeared to me that the elephant in the room was often the low starting level of entrepreneurial skill and experience (mentioned above), but also simply a lacking market opportunity for digital startups.

Several challenges in the context of market access were quite systemic. Consumer apps were hardly feasible given lacking demand and ICT readiness of Zimbabwe’s population, in addition to payment processing issues. A shaky political situation and international sanctions and embargos didn’t help.

Moreover, participants very consistently reported that incumbent and larger firms are hardly ever willing or able to partner with startups or to become customers, because they simply don’t trust upstarts or have convoluted hierarchies and decision making processes that don’t allow for collaborations with smaller players. The distrust was often mutual: more than once, entrepreneurs expressed to me that they were wary of companies like Econet simply copying their ideas following a partnership pitch.

In the next post, I will take a stab at the difficult question what Harare’s hubs can do given such a difficult starting position.