Distribution of References to Food in Arabic and Hebrew 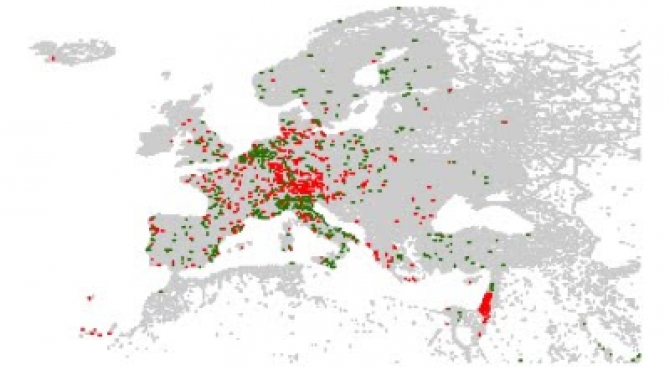 Continuing our look at the distribution of language in the geoweb, the map below shows the pattern of references to the word food in Arabic and Hebrew. The locations marked in gray are places in which neither language had more references which usually meant both languages had zero. Locations in white are either indicative of water (e.g., the Black Sea) or are places without any placemark references.

The dominance of Hebrew in the Israel/Palestine area corresponds to some of our earlier findings. Continental Europe shows some interesting clusters with much of Italy, Belgium, the Netherlands and parts of Germany contain more Arabic references, while Switzerland, Austria and parts of Germany have more references to food in Hebrew. 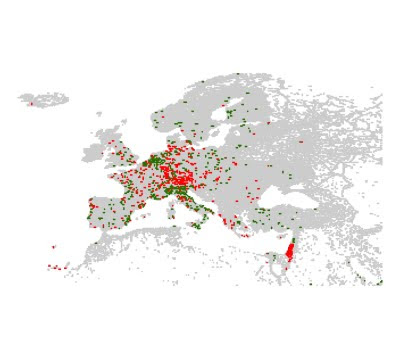