contrasting visions of connectivity between the colonial and contemporary moments 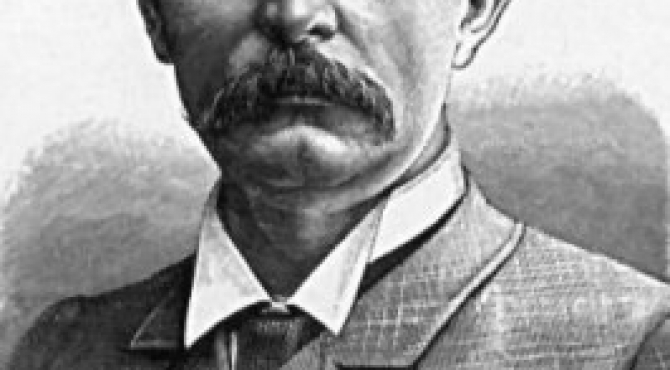 This is the question that we posed (and addressed) in a forthcoming paper that I wrote about last week:

In that paper, we look at the arrival of two transformative technologies of connectivity into East Africa: the railway in the late 19th Century, and fibre-optic cables at the beginning of the 21st.

In this brief post, I want to juxtapose a selection of quotes from the historical moment with quotes from the contemporary one (you can find the full citations for the quotes in our paper):

I seemed to see in a vision what was to happen in the years to come. I saw steamers trailing their dark smoke over the waters of the lake; I saw passengers arriving and disembarking; I saw the natives of the east making blood brotherhood with the natives of the west. And I seemed to hear the sound of church bells ringing at great distance afar off.

What a road it is! Everything is apple pie order. The track is smoothed and weeded and ballasted as if it were London and North-Western. Every telegraph post has its number; every mile, every hundred yards, every change of gradient, has its mark […] Here and there, at intervals, which will become shorter every year, are plantations of rubber, fibre and cotton, the beginnings of those inexhaustible supplies which will one day meet the yet unmeasured demand of Europe for those indispensable commodities. Every few miles are little trim stations, with their water tanks, signals ticket-offices, and flower beds complete and all of pattern, backed by impenetrable bush. In brief, one slender thread of scientific civilisation, of order, authority, and arrangement, drawn across the primeval chaos of the world.

Practically nobody, in this age of progress can say to us ‘thus far shalt thou go, and no farther.’
I see, as in a vision, a thread-like serpentine double rail athwart the entire continent. South to North I see the coloured races being conveyed to and from labour centres in health and comfort. I see our crowded and over-crowed areas here pouring out thousands of white men, to build, as Mr.Rhodes wished, “more homes” under brighter skies and happier conditions.
– Lewis Mitchell, a director of the British South Africa Company, (1906)

We can contrast those visions to some contemporary ones:

If you want to become extremely wealthy over the next five years, and you have a basic grasp of technology, here’s a no-brainer: move to Africa. Seriously.
The internet is only now arriving, and — with a billion people on the continent still mostly offline – there exists a once-in-a-lifetime opportunity to build the next Zyngas, eBays and Groupons for a huge untapped local market. You need only look at the map of huge broadband fibreoptic cables currently being laid…to understand how quickly and ambitiously an entire continent is being connected.

Just as it is clear that growth in the 19th and 20th centuries was driven by networks of railways and highways, growth and development in the 21st century is being defined and driven by digital highways and ICT-led value-added services.
In Africa, we have missed both the agricultural and industrial revolutions and in Rwanda we are determined to take full advantage of the digital revolution. This revolution is summed up by the fact that it no longer is of utmost importance where you are but rather what you can do – this is of great benefit to traditionally marginalized regions and geographically isolated populations.

Thanks to I.C.T. the world now is truly a global village with better communication and now better informed. I am confident that timely solutions to the ongoing economic crisis will be found using the crucial tools of I.C.T…[we] are finally joining what the American author Thomas Friedman called a flattened world.

What we argue in the paper is whilst some of these revolutionary hopes that are ascribed to technologies of connectivity are not new, we see important differences between the historical and contemporary moments. The historical moment was concerned with a shrinking world and on the ability of technology to integrate an empire and open up new lands to imperial ambitions. The contemporary moment is characterised instead by a focus on a global village instead of the colonial moment’s shrunken world. It is less about cores connecting to peripheries, and more about getting everyone into the global economy, the global village, and Thomas Friedman’s flat world.

Note: This post was originally published on the OII's Geonet project blog on 2 November 2014 9:50 am. It might have been updated since then in its original location. The post gives the views of the author(s), and not necessarily the position of the Oxford Internet Institute.