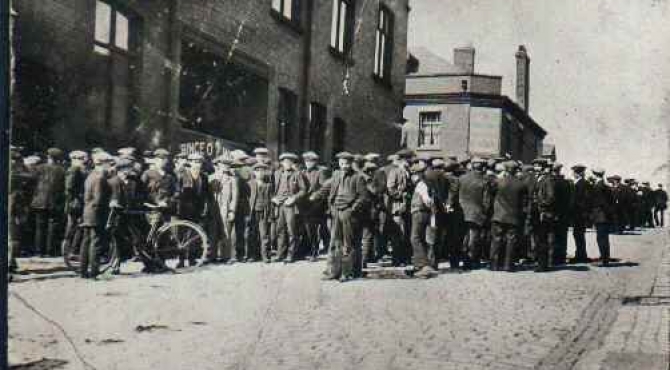 I’ve posted online a pre-print version of my upcoming chapter in Space, place and global digital work, edited by Jörg Flecker (Palgrave-Macmillan 2016). The chapter is titled Algorithms That Divide and Unite: Delocalization, Identity, and Collective Action in ‘Microwork’. I make two main claims in this chapter, which I’ll summarize below.

Dispersed into the cloud

Relocalization is exemplified by the offshoring of work to business process service centres, where the work is performed at least partially in the context of local institutions and social networks. Dispersal is exemplified by the outsourcing of work to a platform such as MTurk, where the work is detached from local institutions and workers are dispersed.

Distinguishing between these two types of delocalization is important, because they have very different implications to what kind of institutional and political influences the work can be subject to. Work that is relocalized to India is subject to local labour regulations, local social norms, and potentially to local labour organizing. Work that is fully dispersed into the ‘cloud’ is not necessarily subject to any of these. Moreover, work that is dispersed into the ‘cloud’ doesn’t necessarily move at all in physical terms:

Many MTurk workers live in the United States, including in its West Coast high-tech hubs. Work that is socially and organizationally dispersed does not necessarily have to move anywhere in geographic terms. What is being erased is the sense of place as a relational concept, as a nexus of political organization and regulation.

The chapter also discusses the efforts that platforms like Amazon Mechanical Turk need to expend to create and maintain dispersal in practice. Besides technological development work, platforms must engage in legal engineering work to ensure that workers remain disembedded from local institutional frameworks. Only then are workers capable of acting as on-demand ‘cloud labour’.

Can dispersed workers organize online for the purposes of collective action? There are many examples of online communities and social media hubs for microworkers and other online freelancers. But my second claim is that it is inherently difficult for these online formations to engage in effective collective action. The reason is that their membership and organizational structures fail to mirror the structures of the markets and value chains that they wish to influence.

Conventional unions are usually organized around specific skill sets or employers, with the aim of obtaining market power by regulating the supply of labour in that particular market segment (Streeck 2005). In contrast, workers’ online formations’ […] membership composition is more arbitrary and incidental, shaped as it is by search engine and recommendation algorithms, personal social networks, and subcultural splits within the worker communities. This leaves the groups in a weak bargaining position against any specific employer or industry.

Much of the paper deals with microworker identities, and the difficulties of establising shared identities that could act as the basis of solidarity and collective action.

Many of the workers now used by CrowdFlower may not see themselves as ‘workers’ at all: many are online shoppers earning discount tokens by completing a few simple tasks, or online gamers collecting virtual currency, with little interest in labour struggles. [… And] many of the employers buying informational labour through these markets are small startup companies and individuals, such as researchers and graduate students. One moment they are hiring, the next moment they may be acting as workers themselves.

Marx wrote that labour is “disciplined, united, organized by the very mechanism of the process of capitalist production”. But post-industrial platform capitalism seems characterized more by dispersal than unification, and by people from very different socioeconomic trajectories occasionally intersecting in the same hypertemporary occupations. This makes occupational identities and occupational labour organizations difficult to construct and maintain. The most systematic basis of organizing identified in this chapter is national identity, but as conventional unions have experienced, organizing along national boundaries may not be effective in a delocalized labour market.