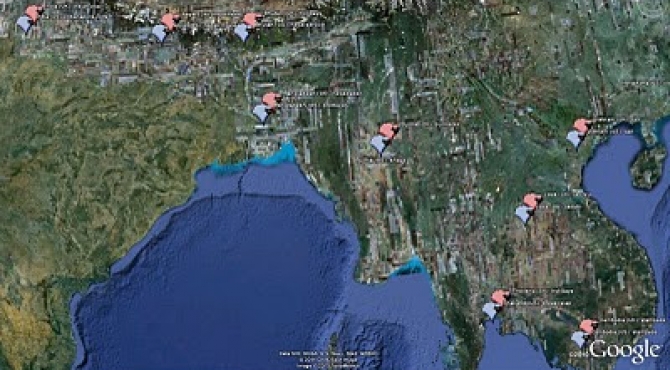 Building on the recent fascination with the United States of Autocomplete map, we thought we’d expand its premise to look at the entire world. In short, we’d type the name of every country into Google and record the top ranked autocomplete, i.e., Google’s guess on what you are looking for. Once we started working, it quickly became apparent that the results we were getting in the U.S. sometimes differed dramatically from the results we found in the United Kingdom.

Suddenly what had been a simple mapping exercise became an exciting means of better understanding the geographic differences in search patterns. Cool! You gotta love it when stuff like that happens.

Because it’s hard to fit so much data in a static map, we’ve created a mashup that you can download as a KMZ file and view in Google Earth. (By the way, we hope you like the iconography. We’ve been looking for a good excuse to use it). As the map is a bit complicated a few words of explanation. 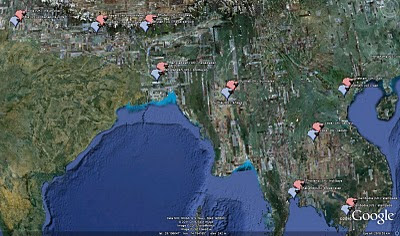 Take it out for a spin and see what you find. What we’ve noticed from this exercise is that the location of the searcher clearly matters. We’re not exactly sure how Google decides what other searches to include in its autocomplete (nor do we think they will tell us) the differences in our results provide some clues.

While these results are really enlightening getting a larger sample of searches from a range of locations is important to help explore this phenomenon. And this is where you dear reader come in. Stay tuned for the next post when we work on crowdsourcing the geography of autocomplete.

Note: This post was originally published on the Floating Sheep blog on 9 February 2011 6:15 pm. It might have been updated since then in its original location. The post gives the views of the author(s), and not necessarily the position of the Oxford Internet Institute.