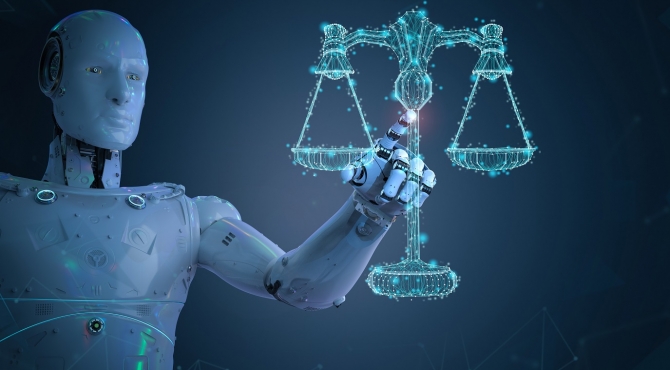 Traditionally, crime and punishment involved a human perpetrator and victim(s). Establishing the guilt and identity of the perpetrator has never been straightforward, but what happens when Artificial Intelligence is used to commit or facilitate a crime? At what point does the human actor become delinked from the criminal act itself?

We recently undertook the first analysis of its kind into the threats posed by Artificial Intelligence Crime (AIC). A full and systematic review of existing literature in this area showed that:

So what do we do with these insights? Certainly, existing laws do not include a specific category of responsibility for crimes perpetrated by robots or other artificial agents. While we can laugh at the prospect of a rogue R2-D2 gone-bad standing trial, the idea of an online bot being held to account is even more far-fetched. So the burden of legal responsibility must remain with the humans who design, develop and deploy the technology, whether the engineers, customers, or users. There are of course questions about precisely where this liability begins and ends, and how regulation is designed so as not to stifle innovation in this area. We worked previously on this topic of “distributed responsibility” in another context.

All this points to the need to do a lot more work with policymakers, lawmakers, ethicists, developers, and civil society groups to understand how we can update the law to account for the AI age. We welcome opportunities to support this conversation.

Additional contributors to this work include Dr Mariarosaria Taddeo and Nikita Aggarwal, tweeting at @RosariaTaddeo and @Nikitaggarwal respectively.

What Impact is the Gig Economy Having on Development and Worker Livelihoods?